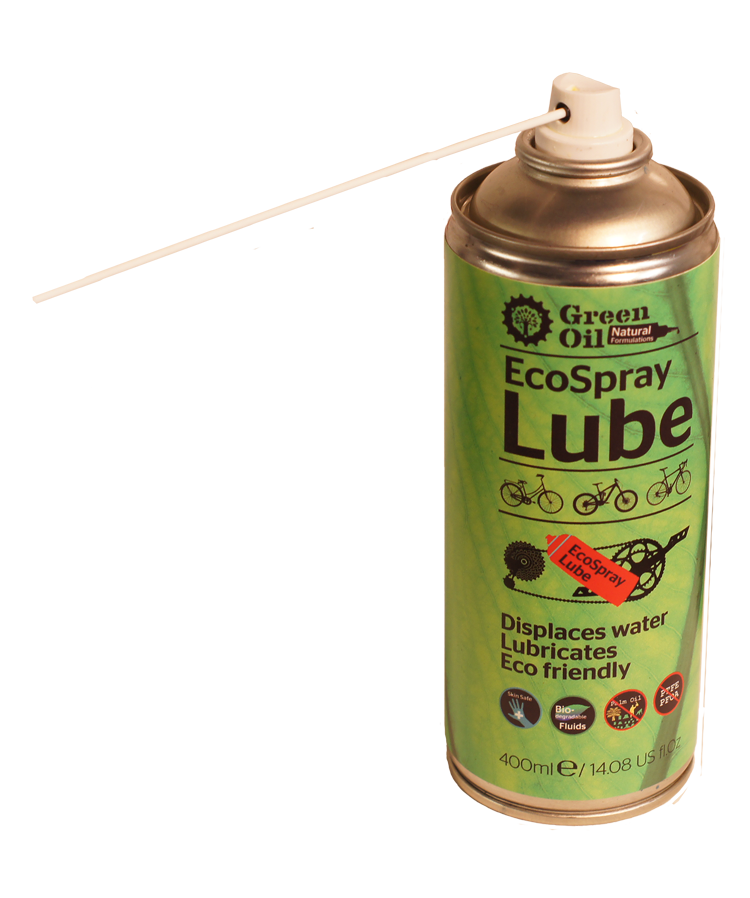 07 Mar 2017
By Campionissimo - In LATEST ARTICLES, THE DOUBLE DIAMOND

Green Oil’s EcoSpray prototype, which first appeared at this year’s Core Bike show, is hoping to scale up production via a crowd-funding campaign on Kickstarter.

According to Green Oil, its lube acts as a water displacer and a lubricant which is designed to lubricate virtually everything on the bike, especially difficult to reach moving parts.

The brand states that the lube was created as the result of constant requests by a number of environmentally conscious bike shops throughout the UK.

“Green Oil EcoSpray Lube has been a long time in the making. Simply, people asked for it. It’s an important step to stop people breathing in PTFE, in bike shops and cycling cafés, which often smell like the products they use,” said Green Oil UK director Simon Nash.

Hopefully, Green Oil will be successful enough with its Kickstarter campaign, that production levels might one-day avail EcoSpray to these shores.

As you might know, PTFE and petrochemical spray lubes are bad for the environment and people’s health.

PTFE accumulates in the environment and body tissue.

And we’re using this stuff on BICYCLES?

– Isn’t cycling supposed to be eco-friendly?

Green Oil has been making eco-friendly, 100% biodegradable bike products from plants instead of petrochemicals for a number of years.

Our latest challenge, and a product people have asked for is a PTFE free, aerosol lubricant spray. These products are used in workshops around the World. Mechanics breath spray lubricants, even though the cans say not to. It’s difficult to avoid in un-ventilated cycle workshops.
They even say ‘Do no use in an un-ventilated area. Avoid breathing in fumes’.

Yet bike shops and cycling cafes often stink of PTFE sprays, with customers and staff breathing it in.

We created Green Oil EcoSpray Lube with plant based fluids. They are totally biodegradable and skin safe. And the formula works to:
– Displace water
– Lubricate (chains cables and more)
– Rejuvenate suspension forks

The straw fitting is great for brake levers and other hard to reach bits.

Green Oil EcoSpray Lube is the eco-friendly, healthy solution for bike workshops. Let’s turn this prototype into a scaled up product.

Creating a production line for an aerosol is expensive, so we’ve turned to Kickstarter.

We want to get Green Oil EcoSpray Lube to as many people as possible. This isn’t a product we can make on our normal production line as aerosols require special filling machines and packaging.