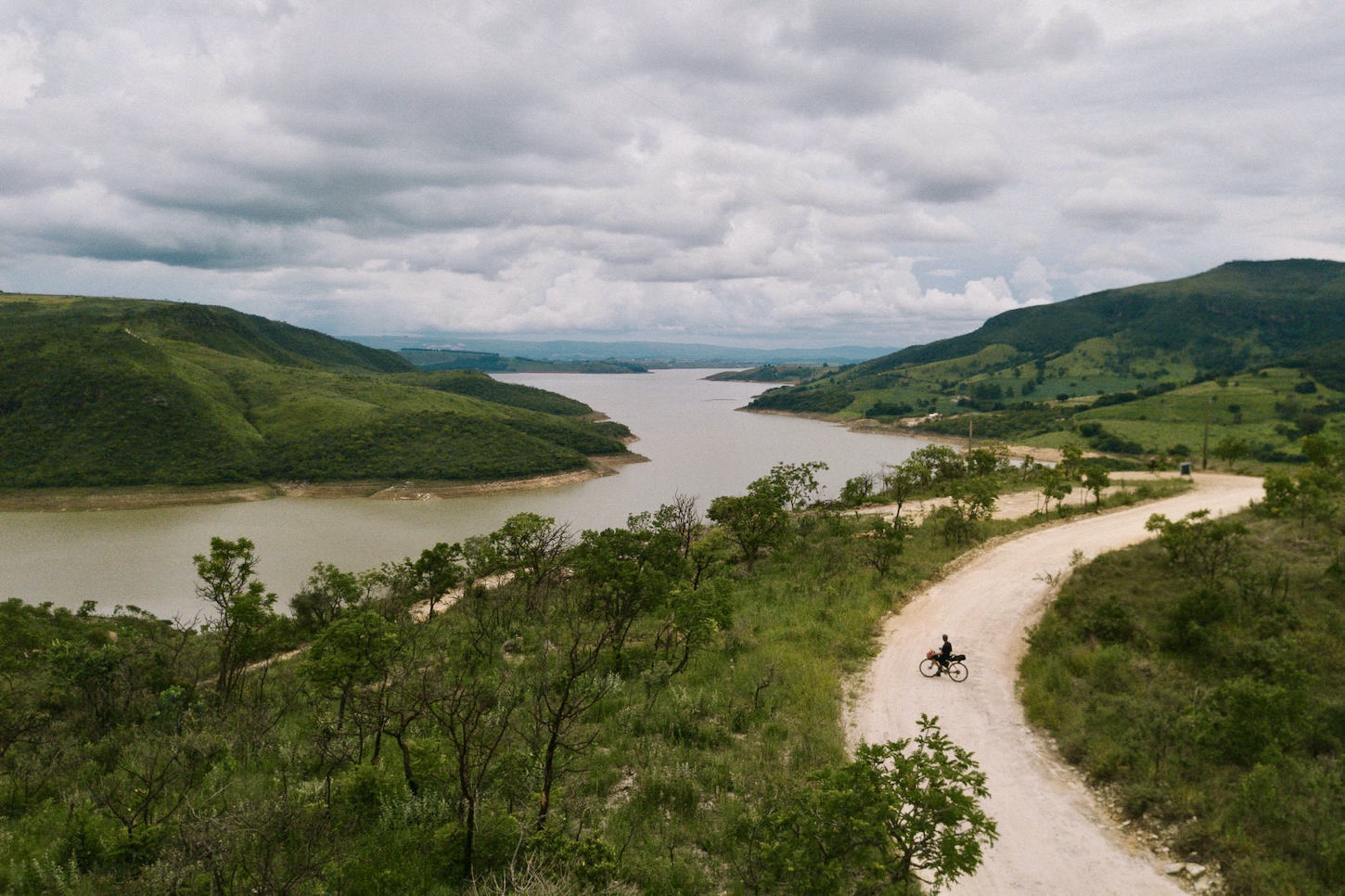 all work by Fernando Biagioni (@fernandobiagioni)

A Volta Em Mina is the story of two friends on a 1,500-kilometer ride across the state of Minas Gerais, Brazil, in search of the most important thing in the world. Watch the film, enjoy a fantastic gallery, and find out what gear filmmaker Fernando Biagioni used to make this poignant piece that reflects on the history, culture, and nature of Minas Gerais.

“Crossing Minas Gerais by bicycle was an old dream I shared with my friend Marcelo. We constantly talked about the possibilities of opening up our backyard and making a movie. To be honest, it’s all we’d been talking about for a few months. I bought a map of the state, hung it in my living room, and looked at it every day. I imagined perspectives and scenarios. We started researching the regions, characteristics, terrain, climate, and attractions,” shares Biagiono.

“A string of endless rainy days. Some of them with such constant rain that our clothes didn’t even dry anymore. We cycled for 4, 8, 10 hours in the rain. I don’t even know anymore. I started drawing three possible paths but was always open to local tips. Thus, we ended up discovering shortcuts and rarely traveled trails, and we eventually arrived at the ideal route. We would cross the state from the northernmost town to the southernmost one. Our route would take us along roads and trails that have never received much attention or traffic from cyclists. We wanted to avoid the obvious paths when thinking about traveling through Minas by bicycle,” he adds.

“We left Juvenília in the far north. Symbolically, we crossed the border between Minas and Bahia and then started from there, taking a shortcut heading south. In the first few kilometers, we would be surprised by a picturesque landscape, the “sertão” that lives and pulses in the heart of this Brazil. The heat was so intense that at the first stop in Manga, we would enter the São Francisco River with our clothes on, all without even knowing if the waters were clean there. In the late afternoon, while we were looking for a place to camp, the road we were taking ended up at a locked fence in Parque Mata Seca. As there were no footprints or tire marks, we deduced that for days no one had been there, and it seemed like a safe place to camp. We jumped the fence and found an amazing lake to set up camp on. The next day, talking to a local in the next town, we learn that the lake is a haven for jaguars.”

“A few days later, we would make an incredible discovery. The little-known Cavernas do Peruaçu National Park was certainly the highlight of the trip. It was impressive to enter the Gruta do Janelão. It’s surreal to think of the persistence of water sculpting these caves that can reach 200 meters in height. A mixture of immensity and eternity. The feeling of being inside the earth, as if it were a temple of nature. Not to mention the walls that keep the records of those who lived there 12,000 years ago. We were silent.”

You can read more about Biagiono’s adventure here.