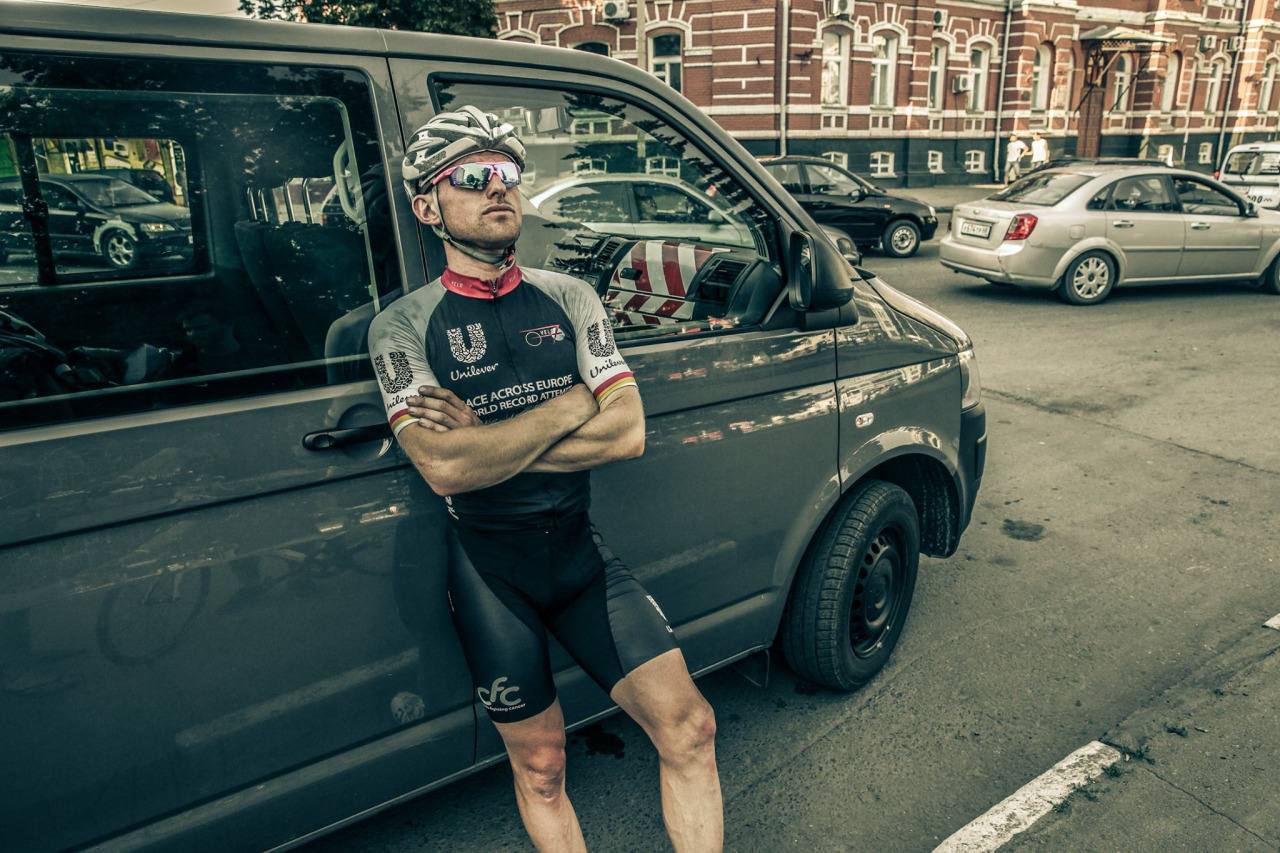 We see amateur cyclist James Bowtell battle hellbent truck drivers in Russia, punishing mountains in Spain, plaguing tendonitis, and the fear that the charitable cause inspiring the challenge could end up being closer to home for James than he imagined.

Challenged by Guinness World Record to complete the 4,000 route from Russia to Portugal in 45 days in order to set the record, James was determined to finish faster whatever the cost.

Race Across Europe is a candid and warming film about pushing ourselves beyond what we thought was capable.

According to Guinness World Record officials, the most easterly point of mainland Europe is defined as Ufa in Russa, and its most westerly Cabo de Roca on the coast of Portugal. Bowtell’s attempt bridges Belarus, Poland, Germany, France and Spain between those two locations, on a route that totals 4,000 miles. Along the way, some news he receives brings the charitable cause behind the attempt – Cyclists Fighting Cancer – a little closer to home, and a case of tendinitis towards the end of the ride almost proves a challenge too far.

The camaraderie shared between the team makes for easy viewing, and Bowtell’s personable nature ensures that the scope of the challenge is always spoken of in the most lighthearted of manners. But riding a traditional road bike, with a dedicated support team and carefully planned route, Bowtell’s attempt is intensely serious.

The film first appeared on the Bike Channel, but is now viewable on Youtube in its entirety.