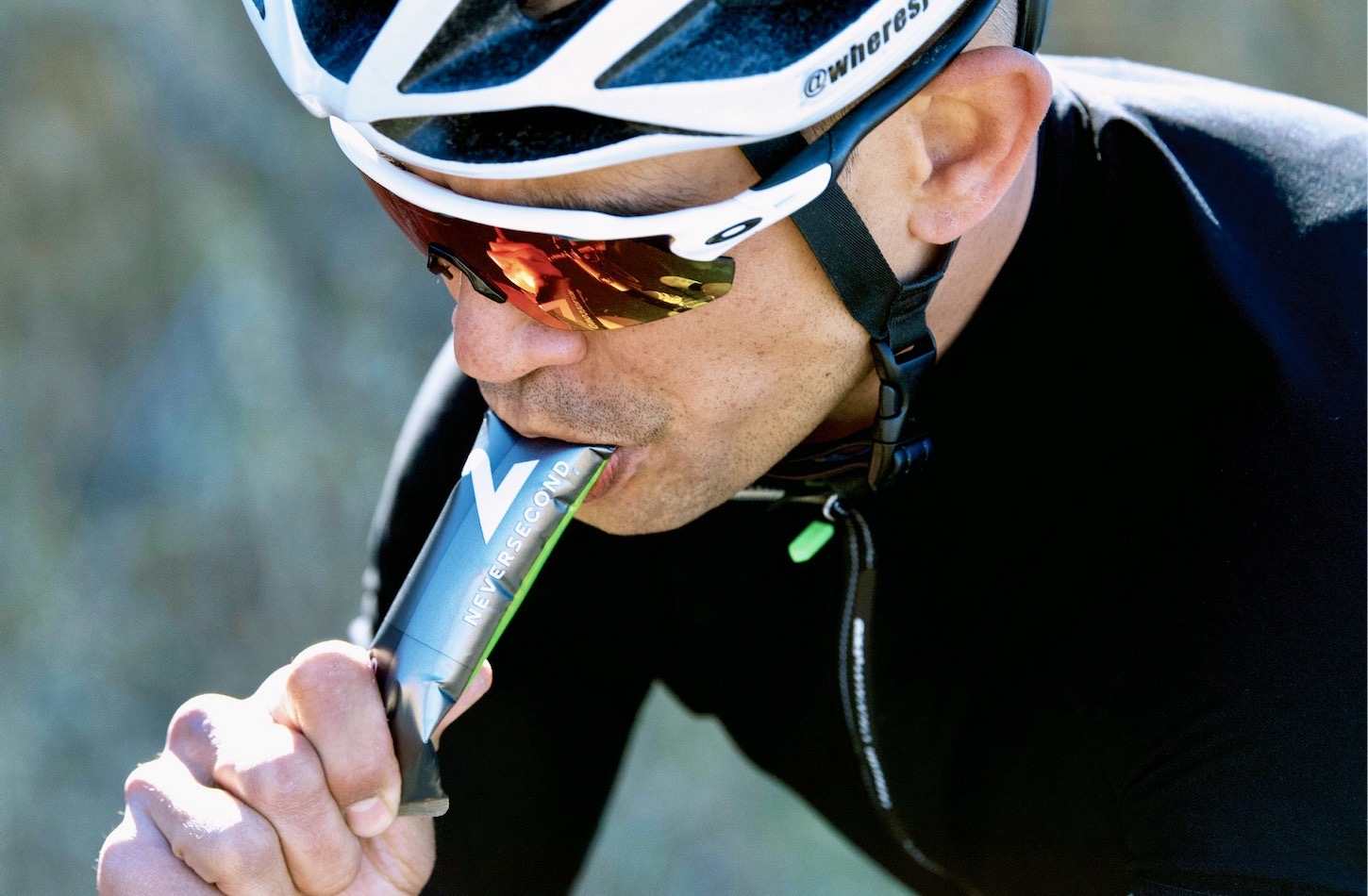 The Neversecond line comprises gels and a drink mix that are currently being used by WorldTour teams EF Education-Nippo Pro Cycling and Team Bahrain Victorious in the Tour de France, with plans to launch its products to the public later this month.

According to the new start-up, the spark that would become Neversecond started when lifelong endurance runner and successful entrepreneur, Bill Armstrong, had a difficult time finding nutrition that was supported by cutting-edge science to power his daily runs, swims and bike rides.

Armstrong’s quest for science-based fuel for his workouts led him to the laboratory of Asker Jeukendrup, Ph.D., one of the world’s leading scientific authorities on sports nutrition. For nearly 30 years, Jeukendrup has been at the forefront of sports science research and has worked closely with countless world-class athletes including runner Haile Gebrselassie and Chrissie Wellington. Jeukendrup works, amongst others, with pro cycling team Jumbo-Visma and the Dutch Olympic team.

Armstrong and Jeukendrup were quickly in agreement that the sports nutrition world was full of inaccurate information and was built on myths that were promulgated on the internet. They believed the ideal method for creating the best sports nutrition was by separating facts from myths and to use the best available scientific knowledge to enhance performance and recovery.

“Asker is one of the world’s leading minds in sports science, and we quickly saw the opportunity to bring his decades of research to life,” said NeversecondTM CEO Bill Armstrong. “As a former competitive runner who now balances a hectic professional life with more modest fitness goals, I could see my own nutritional struggles mirrored by world champions, and wondered why someone had not found a sports nutrition solution for endurance athletes. I knew that products and recommendations backed by testing and clinical research will be the key to helping all levels of endurance athletes.”

“Time and again I see athletes training really hard, but not getting the most out of their efforts due to fundamental mistakes with their nutrition,” said Jeukendrup. “It doesn’t matter whether they are struggling to finish their first 10K fun run or to win the Tour de France, athletes often rely on misinformation and myths. Frequently they aren’t using sports nutrition in a systematic fashion to optimize performance. In fact, it is highly probable that some of their fueling products are even hindering performance because their composition is not optimal or because they contain unnecessary ingredients. I’ve seen both scenarios cause severe gastrointestinal distress, cramping and incomplete fueling.”

Using decades of clinical research and testing, Jeukendrup and the Neversecond team developed a complete line of sports nutrition products that include all the ingredients athletes need for optimal performance and do not feature fillers or unnecessary ingredients. Neversecond has also made it easier for athletes to nail their nutrition by developing a clear guidance system that helps athletes make intelligent sports nutrition decisions.