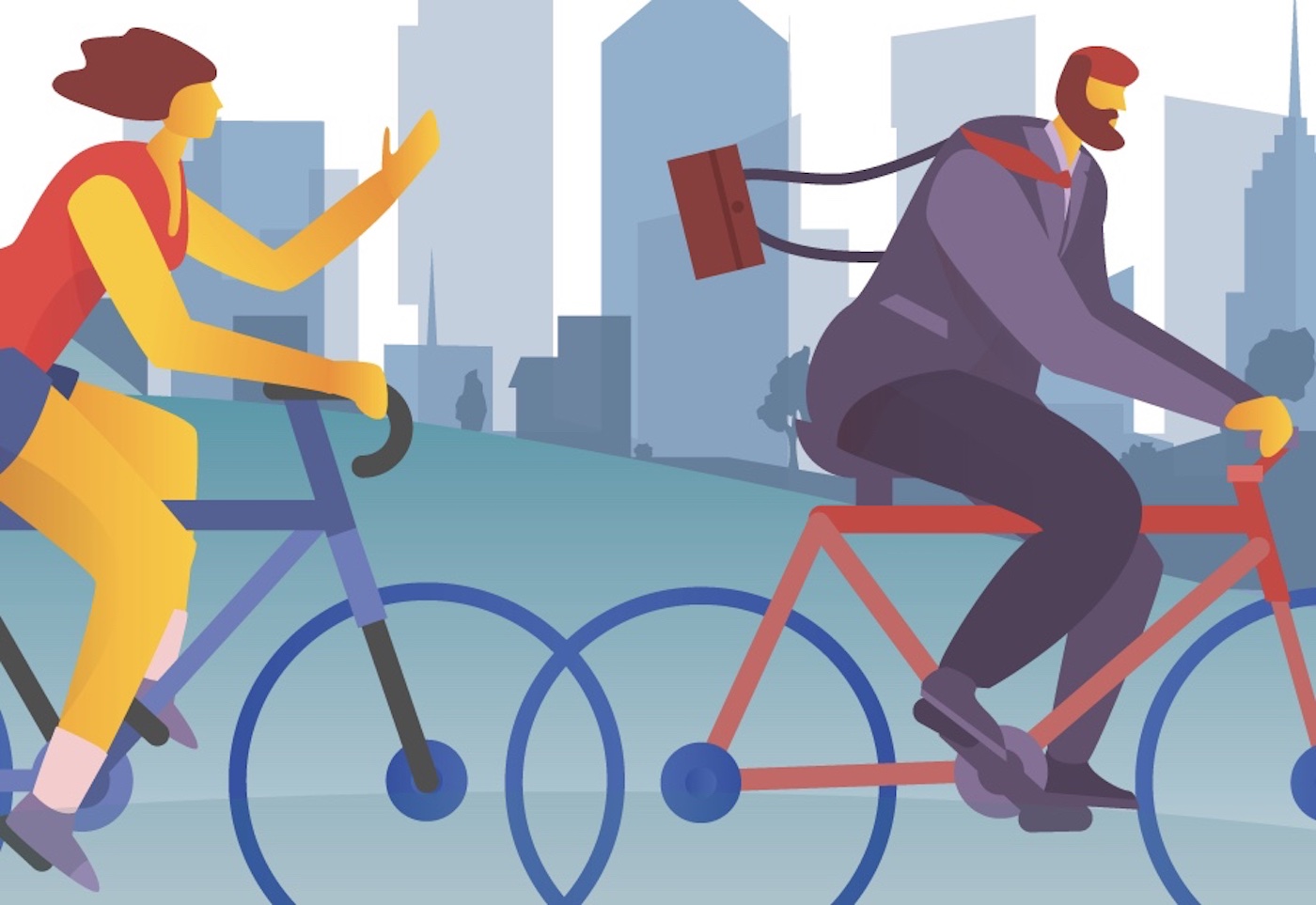 According to a national study that was conducted in the UK, the results indicate that active commuting to work such as cycling is linked to fewer heart attacks.

Co-authored by Alistair and Jonny Brownlee, Olympic-medal winning triathletes and alumni of the University of Leeds, the research looked at statistics from 2011, wherein the incidence of heart attacks decreased for both men and women who cycled to work across a two-year period.

The researchers acknowledged that the big risk factors for heart disease are a lack of exercise, being overweight, smoking and diabetes.

Co-author Alistair Brownlee, double Olympic triathlon champion with British Triathlon, said: “Our study at the University of Leeds shows that exercise as a means of commuting to work is associated with lower levels of heart attack. The benefits of regular exercise are numerous and we support initiatives to help everyone become and stay active.”

The Government has recognized the potential of active transport to help tackle physical inactivity, climate change, air pollution and congestion. Despite this, the proportion of people who exercise as part of their commute remains low.

The study looked at the 2011 UK Census data, which included 43 million people aged 25-74 years employed in England, and found that 11.4% were active commuters.

Lead author Professor Chris Gale, Consultant Cardiologist, from the University of Leeds’ Institute for Cardiovascular and Metabolic Medicine, said: “While we cannot conclusively say that active travel to work lowers the risk of heart attack, the study is indicative of such a relationship.

“Greater efforts by national and local policy makers to improve the uptake of cycling to work are likely to be rewarded by future improvements in population-based health.

“The effect of active commuting is fairly modest when compared with the stronger determinants of cardiovascular health such as smoking, obesity, diabetes, and regular exercise. However, this study clearly suggests that exercising on the way to work has the potential to bring nationwide improvements to health and wellbeing.”

For the purposes of this study, active commuting was defined as people who reported their main mode of transport to work as a bicycle in the UK Census.

Rates of active travel varied significantly between local authorities across England, with as few as 5% of people cycling to work in some authorities, compared to as many as 41.6% in other areas.

In July, the Transport Select Committee published a report on active travel, concluding that cycling has not been given enough attention by policymakers and current targets are not ambitious enough.

The Government’s current aim is to double the number of people cycling by 2025.

Chris Heaton-Harris MP, Cycling and Walking Minister, said: “”Active travel has clear benefits — both for people and the environment — and this research provides further compelling evidence to encourage more people to travel by bike or on foot.

“To help get more people walking and cycling, we have invested £2 billion over five years.

“On top of this, we are providing a £350 million Cycling Infrastructure Fund to increase provision for separated bike lanes on main roads, which will let thousands exercise safely as part of their daily commute.”

Leeds City Council is one of many local authorities attempting to encourage people to cycle more regularly, and in August this year Alistair Brownlee became Leeds’ first Active Travel Ambassador.

He said: “I think it’s so important that we encourage people to travel as actively as they can. It benefits their health, their psychology, as well as helping the environment.

“We need to see vast improvements in cycling and walking infrastructure to help make people more confident in their routes, and encourage them away from relying on private cars.”

Professor Metin Avkiran, Associate Medical Director at the British Heart Foundation said: “Finding time to exercise can be tricky given our increasingly busy and often sedentary lives. But exercising doesn’t have to involve a pricey gym membership or hours spent on a treadmill.

“Upgrading your commute — by swapping the gas pedal for a bike pedal — is a great way to get your heart pumping on a daily basis. If that’s not an option, parking a few streets away or getting off the bus a few stops early can help pave the way to a longer, healthier life.”

The research was published in the European Journal of Preventive Cardiology.