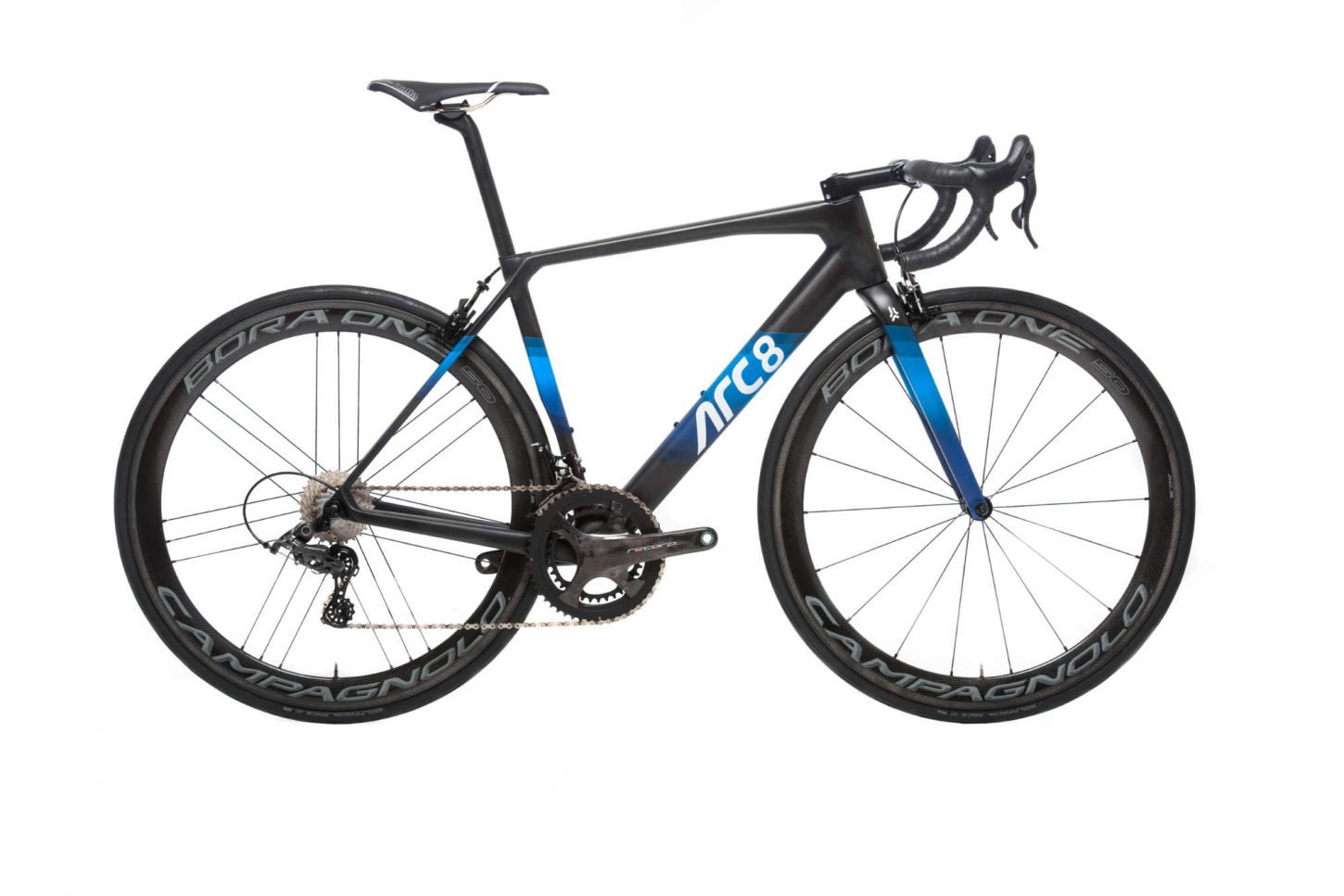 A new Swiss brand of bike called ARC8 has launched, which is helmed by former BMC engineer Jonas Mueller and designer Serafin Pazdera.

ARC8’s first range of bikes include two road models called the Escape and Escape DB, along with a full-suspension mountain bike dubbed the Essential.

In the case of the Escape and Escape DB, Mueller worked closely with a composites firm in Taiwan to develop the frames, which are mainly differentiated by the use of rim or hydraulic disc brakes.

Otherwise, both frames feature a nicely executed, integrated front-end, which routes the cables under and through the stem via channels that run alongside the headset, along with full internal cable routing, a 27.2 seatpost with an internal seat binder and a traditional BSA threaded bottom bracket.

The same integration carries over to the Essential MTB, but relies on a specially designed headset and innovative carbon stem in order to deal with the shorter reach angles.

As far as frame design on the Escape and Escape DB are concerned, Mueller says he wanted to strike a balance between aerodynamics, ride quality and proper mechanics that rule-out aggressive cable angles that can impact shifting.

Geometry for the road models have been well devised also, offering five sizes consistent with a race inspired position, but aren’t overly aggressive.

“All our frames are developed by BETA bicycle.engineering with one primary goal: maximum rider benefit. This means we can offer you reliable designs, lightweight frames and all the features you need, but no extra gimmicks for marketing purposes. Our component choices follow the same philosophy: every component is chosen to offer the best performance,” says ARC8.

The road models are available as individual framesets, as well as complete bikes, including a range topping Campagnolo 12-speed Super Record and BORA One wheelset equipped variant.

Similarly, the Essential is available as a frame only, or as a complete bike with builds that span Shimano’s XT groupset and SRAM’s Eagle – combined with Rock Shox’s Deluxe RL Debonair rear shock and the company’s Pike 140mm travel front fork.

You can learn more about ARC8’s new range of bikes by visiting their website here,