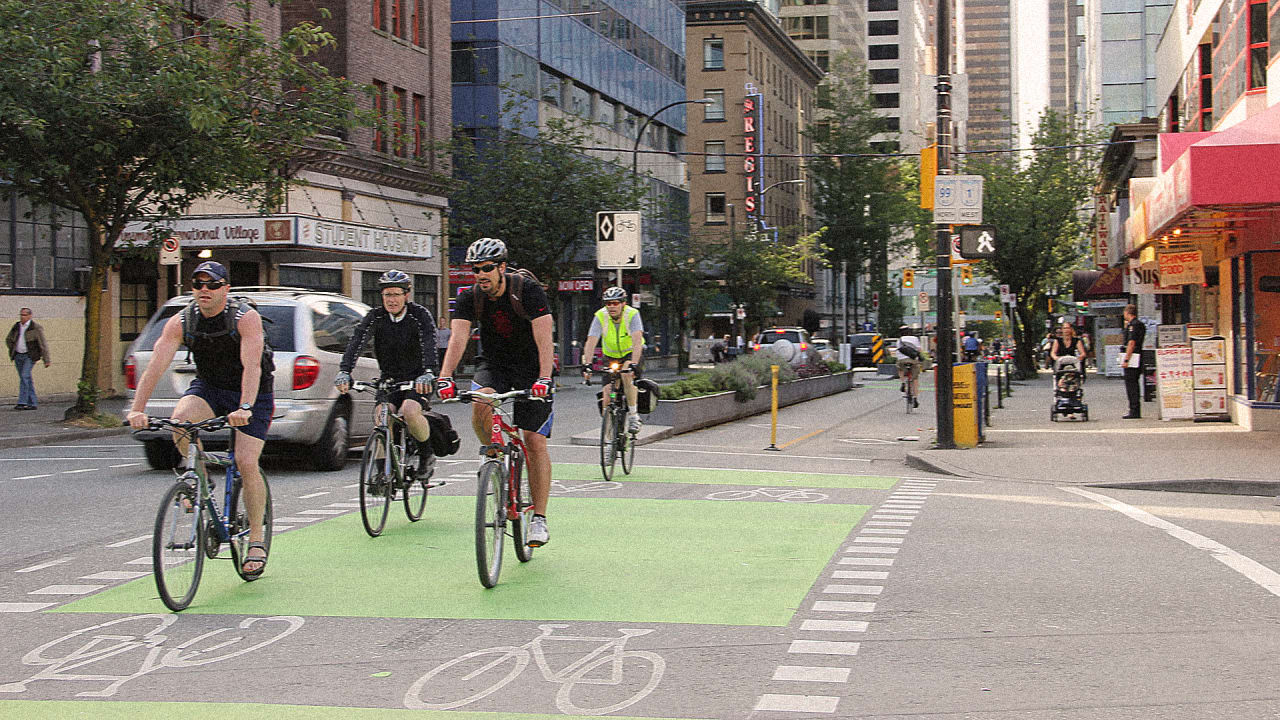 With cycling on the rise in Midtown, New York City’s Department of Transportation (DOT) has plans to add protected bike lanes on 26th Street and 29th Street in Manhattan, with other crosstown routes in the works.

According to bike advocacy groups and city planners, there are a lot of gaps in the area’s protected bike network, forcing cyclists to weave into car traffic. Last year alone, motorists killed five people biking between 14th Street and 59th Street.

The DOT’s redesign will create parking-protected bike lanes on most blocks of 26th and 29th, with some gaps where the curbside bike lane will not have protection. DOT is also planning for two more crosstown pairs of protected bike lanes: one on 52nd Street and 55th Street, and another through the Times Square area (the exact street pair has yet to be selected). And last month, the agency announced plans to install a two-way protected bike lane on 13th Street ahead of the L train shutdown.

“Too many of the cyclist tragedies happened along Midtown streets without protected lanes,” DOT Commissioner Polly Trottenberg said in a statement. “With its vibrant commercial activity, major transportation hubs and must-see tourist destinations, Midtown presents both great challenges and great opportunities for safer cycling.”

The DOT’s plan outlines that 26th Street and 29th Street will get a five-foot bike lane and two-foot buffer separated from car traffic by an eight-foot parking lane. It’s narrow for a protected bikeway, especially one with a lot of bike traffic.

The redesign varies on blocks that are wider or narrower than the typical cross-section. On 26th Street between Ninth and Eighth avenues, for example, the extra width allows for expanded pedestrian space and a wider bike lane and buffer.

Between First Avenue and Second Avenue, the bike lane will run along the curb but won’t have any buffer or protection. And the five-foot unprotected painted lane on the westernmost block of 29th Street, between 11th Avenue and 12th Avenue, will not be upgraded.

Additionally, the DOT plans to use mixing zones at intersections in order to manage areas where turning drivers cross the bike lane. The agency recently added safer intersection designs to its bike lane toolkit but has been reluctant to use them widely.

With the protected bike lanes in place, double-parking on these streets would block car traffic. DOT’s presentation says more no-parking zones will be added to maintain through routes for emergency vehicles, and notes that existing loading zones will have to be kept clear of illegal parking to facilitate deliveries.