Are We Not Men? We Are DIVO Bike! 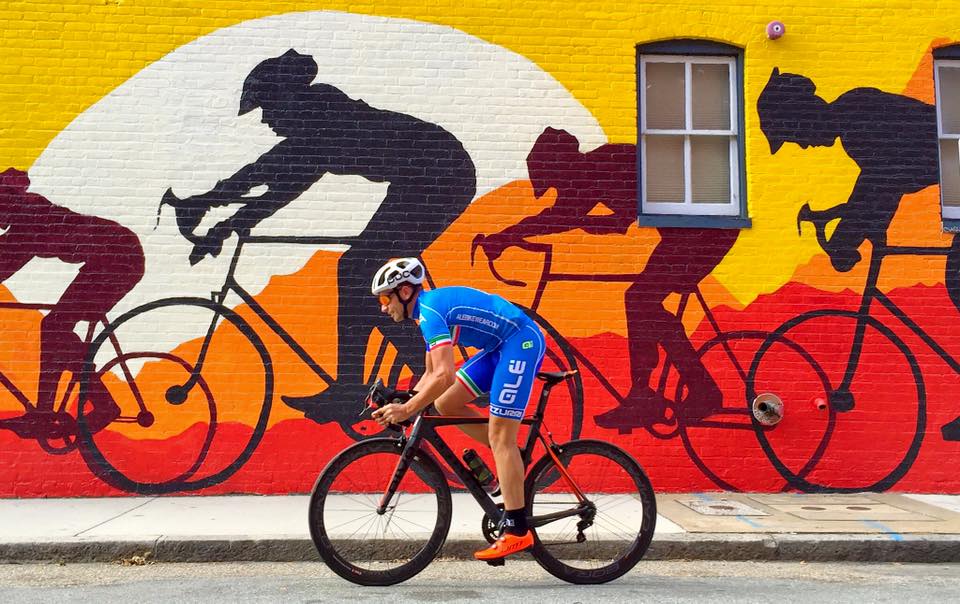 Ok, so the title might be a bit of a stretch, but for the Generation X’ers who remember the groundbreaking 1970’s-80’s band DEVO, will regale the group’s ability to mingle both aesthetic genius and cutting-edge music.

Similarly, there’s an Italian bike brand that closely bears the same name, which also mingles aesthetic genius, but with carbon fiber instead of music.

When you strip-away the veneer of mass-produced bike brands that seem to inundate the market these days, there exists a deep grain of beauty that encompasses bikes like DIVO, that still maintain a deeply rooted tradition in the art of handmade bike building.

DIVO is the creation of former ex-pro rider, Pietro Caucchioli, who understands the degree of know-how and craftsmanship that’s paramount for developing a bike that is destined to be ridden on the highest levels of the sport.

Indeed, DIVO bikes are crafted by a small guild of bike builders in Italy, whose DNA not only contains decades of mastery regarding each and every frame material to date, but who also recognize the need to embrace technology alongside tradition.

As a result, DIVO’s ST and STX road bikes are a bold example of advanced carbon fiber design, wherein an intricate tube-to-tube fabrication process is used, with each tube profile yielding a specific ride quality and performance characteristic, thus allowing for infinite possibilities regarding custom geometry to suit each rider.

In addition, while both models are clearly aimed at taking advantage of the current aero bike trend with their strikingly angular tube shapes, especially the STX which utilizes a more aerodynamic rear triangle over the ST, varying sizes in tube profiles suggests the overall design confers as much comfort and compliance as it does the bike’s ability to cheat the wind – which is something that can’t be said for a lot of the so-called aero bikes on the market.

In addition, the ST and STX also capitalizes on all of the latest industry trappings, to include full internal cable routing for both mechanical and electronic drivetrains, exclusive one-piece BB and chain stays, as well as both a tapered headtube and carbon fork steerer tube – with the possibility of a disc brake version in the future.

You can learn more about DIVO custom bikes by visiting their site here.