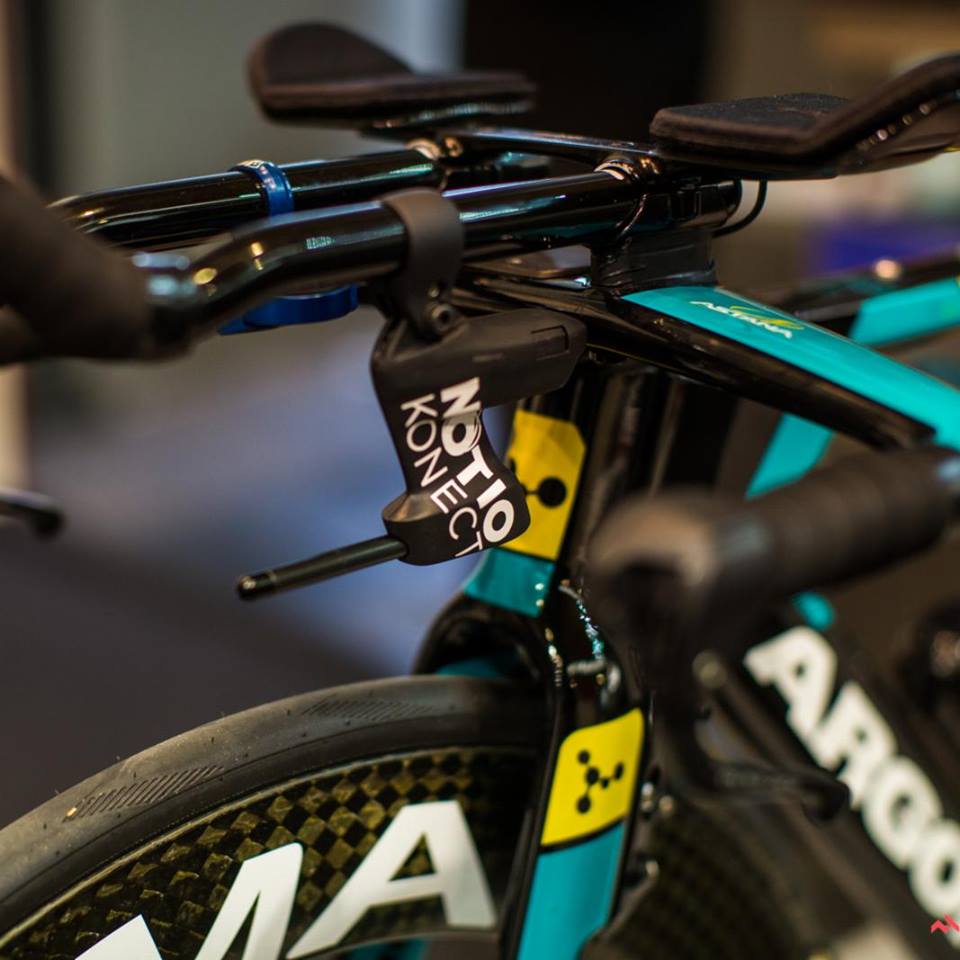 One of the more usual products the surfaced during last week’s annual Eurobike Show, was the Notio Konect, which uses wind velosicty to measure power.

Unlike most crank-based power-meters, the Konect relies upon a series of sensors to measure the rider’s metrics by air speed alone.

According to Notio, the Konect is capable of measuring speed, wind speed, bike sway and other influences against drag, which in turn can calculate the rider’s power output, as well as that person’s overall “aerodynamic signature”.

This means, a rider can see how things such as position, apparel and gear can alter his or her performance.

The handlebar mounted Konect is completely self contained, and it relies on external Bluetooth sensors to measure power, cadence and heart rate.

Notio is a sub-brand of Argon18, and the device was developed in partnership with PowerPod, which uses a similar technology for its own power-meter.