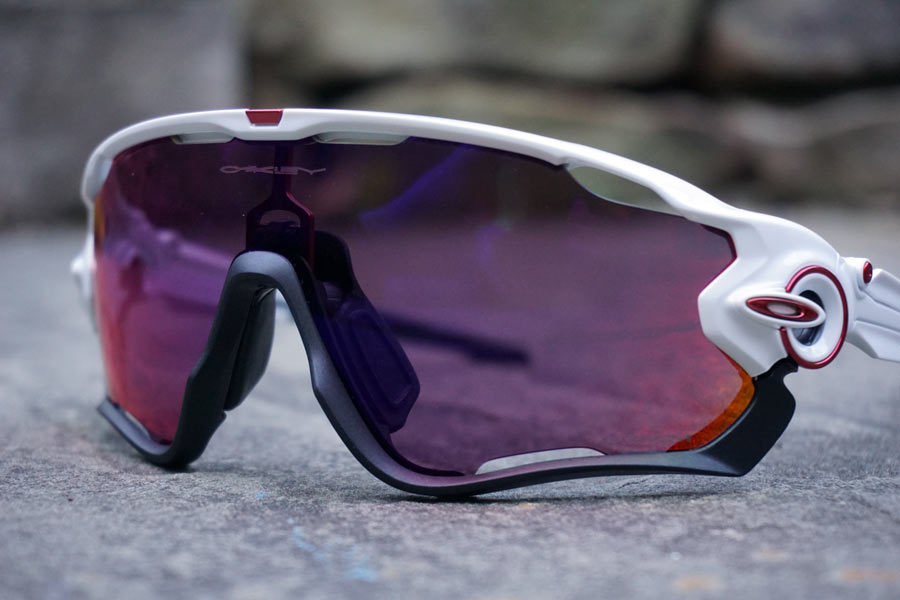 The is no “April Fools”, Oakley has partnered with Mark Cavendish to launch a special edition version of its popular JawBreaker sunglasses.

According to Oakley, they literally went through a hundred designs, along with hundreds of hours of field testing with the ‘Manx Missile”, before deciding upon the final version.

The JawBreaker design incorporates Oakley’s “Switchlock” technology, whereby the frame opens up like a jaw, thus allowing for easy lens changes without stressing or damaging the frame. In addition, the temples are adjustable in order to accommodate different helmet strap designs as well..

The new Jawbreaker is huge, with a width that is roughly the same size as the Radarlock XL. However, the difference between the two models, is the way in which the lens on the Cavandish “sunnies” follow the top of the frame instead of dipping down like their counterpart. In addition, the lower edge of the of the lens now has a scalloped shape, which in turn provides riders with more room around the cheeks.

“For the cyclist it’s always been a tradeoff [to] get field of view and maximum protection but sacrifice ventilation,” said Oakley concept development director Ryan Calilung. “The size is intentional to give the user all three – an increased upward field of view with ventilation and protection. This is important for the ‘eyes-up/head-down’ body position for cycling. Jawbreaker has a level of vision and protection without compromise, beyond what the consumer has seen before. It’s a statement piece with real performance benefits.”

While the design of these JawBreaker may be polarizing to some, Cavendish claims when puts them on, he feels like he’s “putting on armor.”

Hmm… maybe Oakley should have branded them the “JawDroppers” instead ?