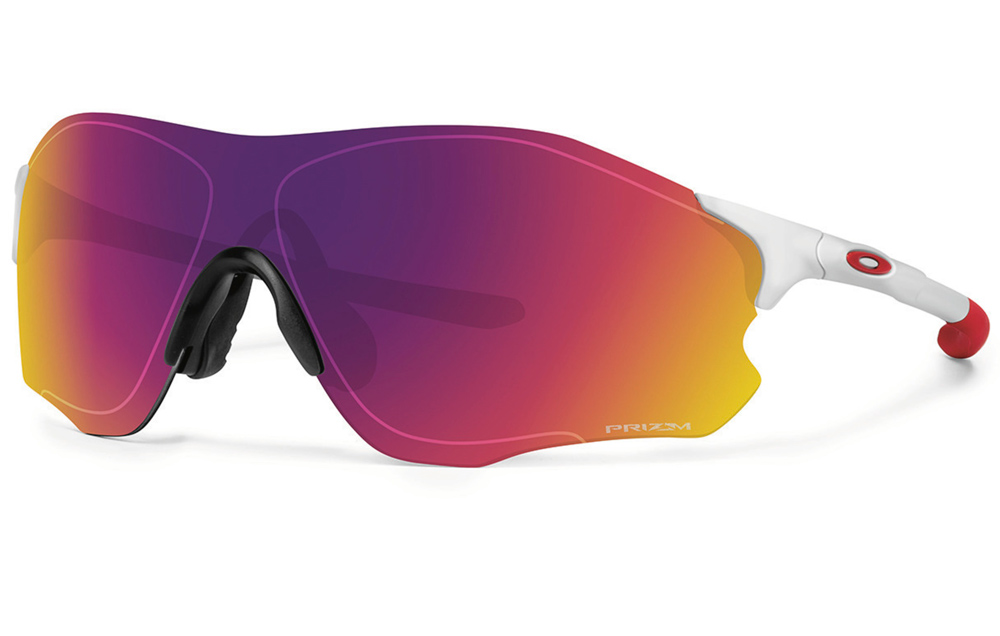 07 Apr 2016
By Campionissimo - In LATEST ARTICLES, THE DOUBLE DIAMOND

If you’re someone who liked last year’s Jawbreaker, Oakley has announced the launch of its new frameless EVZero sunglasses this week.

Oakley has apparently taken the appeal of the Jawbreaker lens design, which sat high atop the minimalist frame, and did away with it altogether with the new Range and Path.

Something time trialists and riders who like to ride in the drops, will surely appreciate.

“Built for speed and engineered to be the ultimate multi-sport sunglass for training, running and beyond, EVZero™ Path is Oakley’s lightest performance frame and features a toric shield of Plutonite in a rimless design for an unobstructed view,” says Oakley.

The EVZero’s lenses feature a non-functional etching which delineates the field of view, while also adding to its clean lines. In addition, Oakley has incorporated its customary rubberized parts on the nose and temples, a material which has become notorious for its ability to remain  immune to perspiration and the elements – for years.

Both models follow an interesting shape, which Oakley calls, a “polaric Ellipsoid geometry for maximized peripheral clarity in its sweeping field of view.”

Oakley says the new Path weighs in at a mere 22 grams, while the Range tips the scales at 2 ounces more.