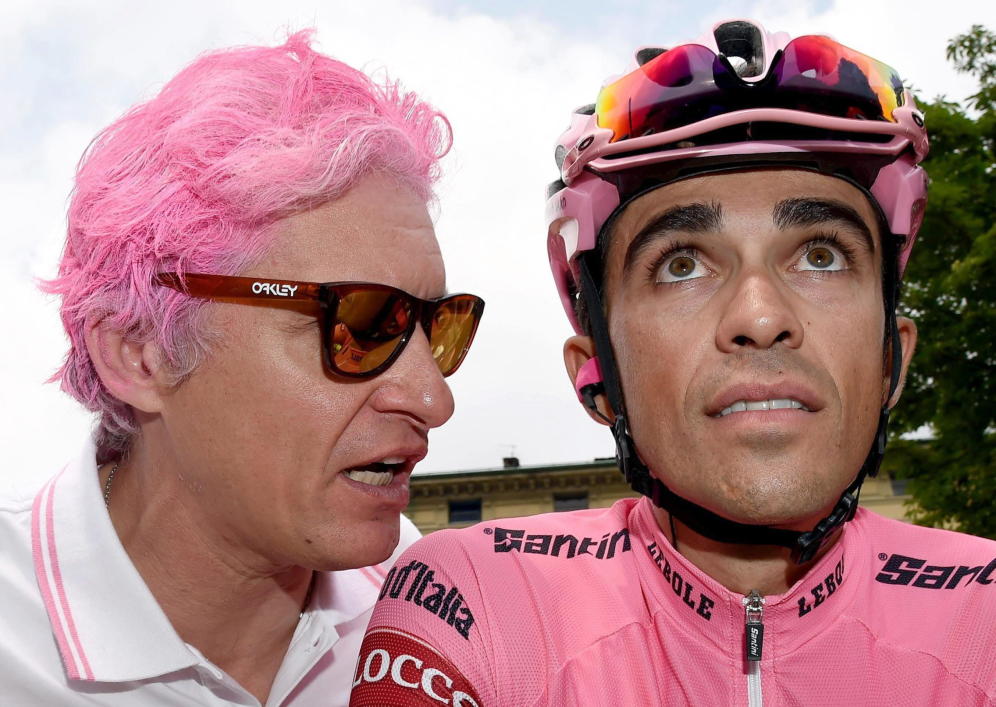 Never at a loss for words, especially when it comes to criticism, the gregarious Russian billionaire and Team Tinkoff owner, Oleg Tinkov, said in a series of media quotes this week, that he believes Alberto Contador should end his career this year.

“To understand why Team Sky is currently unbeatable, just look at the money they have and how they use it wisely. They have an investment of around €10 million riding alongside Froome and helping him win the Tour de France. I have about €2 million to do the same role for Alberto. That’s a huge difference when it comes to building a team. Dave Brailsford can afford to buy anyone to make Team Sky stronger, and so make his rivals weaker.”

“I really admire Alberto but in my humble opinion he should stop his career this year because he’s at the top now and can’t get any better. I believe carrying on his career with Trek-Segafredo for another two years is a mistake. He can still win the Vuelta but I doubt he will ever win the Tour again. This year was his last chance.

“He’s obsessed about winning the Tour, so am I, but I’m able to judge things rationally and I know it’s the right time to stop. I believe it’s the Froome era now and for the next two or three years, and so there’s nothing much anyone can do to beat him and Team Sky. That’s why I’m taking a couple of years out of the sport.”

“Time heals wounds and I’m sure I’ll come back to the sport sooner rather than later. Give me a couple of years. I’m really tired and need a break from it all. I want my July back, too. I haven’t had a July for the last four years. My dream is to go to Norway to see the Fjords; it’s something I’ve never done.”

Contador has waxed back and forth over the last few months regarding his retirement from the sport this year.

However, after a successful start to his 2016 season, particularly after winning this year’s Tour of the Basque Country, the Spanish rider decided to change his retirement plans.

But, a poor showing in this month’s Tour de France, had led many such as Tinkov to question his decision to remain in the sport for another year.