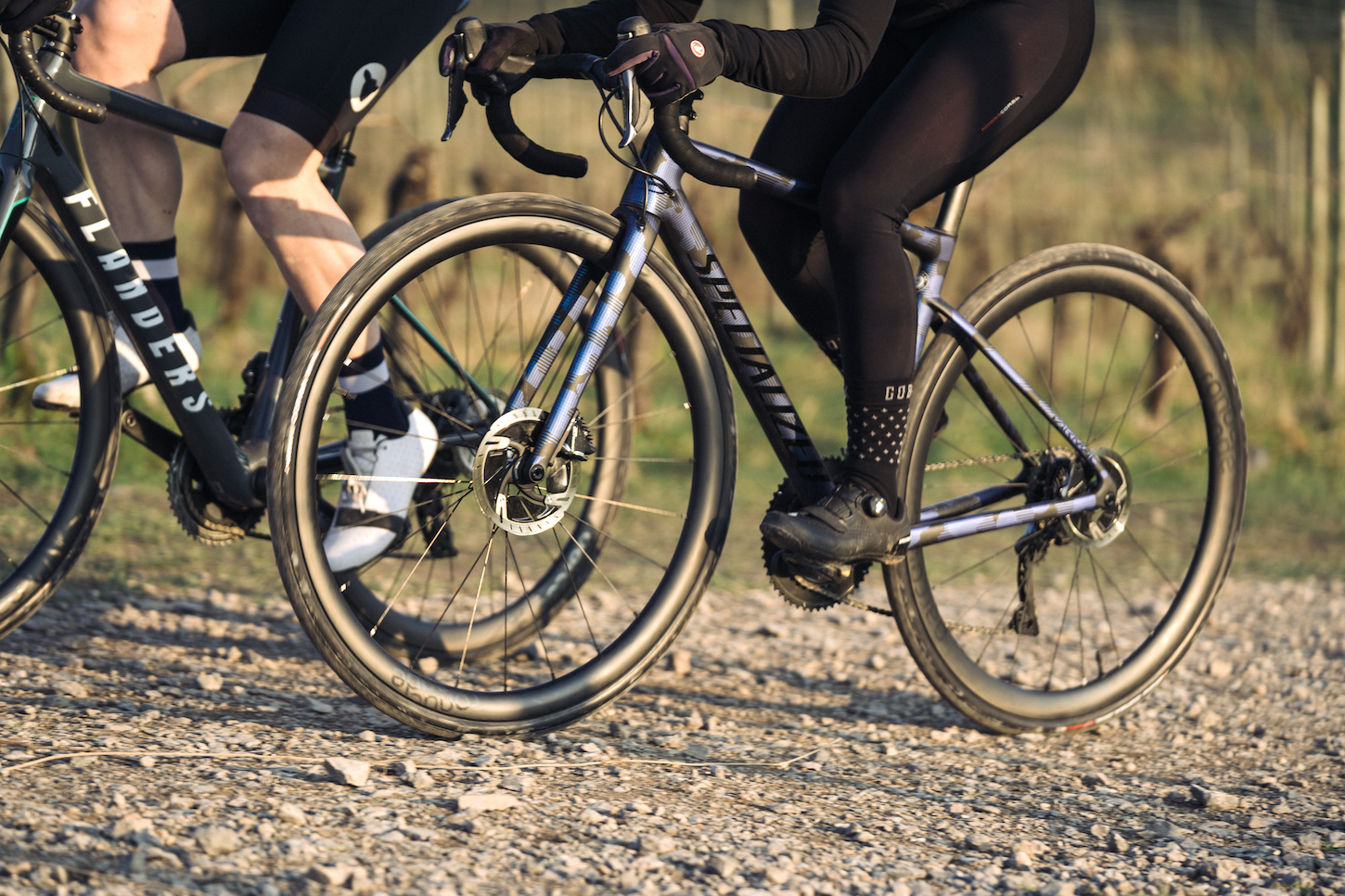 Parcours has expanded its range of wheels with a new model called the Ronde, which builds upon the British brand’s #thinkwider technology with an even wider rim that’s been optimized for 28mm tires.

“Just at home on the cobbles of the Spring Classics as it is flying up the high mountain passes, the Ronde is the versatile choice for taking on your next road adventure, wherever it may take you. Built with precision-machined alloy hubs and high-grade EZO cartridge bearings to deliver a smooth ride, the wheelset is built up using 24 Sapim CX-Ray spokes front and rear for a sturdy feel. The rim also has a hooked profile so can be used with either a clincher or tubeless tire,” boasts Parcours.

The Ronde is billed as the most stable wheelset ever produced by Parcours, claiming to be 14% and 17% more rigid than its Strade and Grimpeur Disc wheelsets.

Additionally, despite having a wider stance and being a tad shallower than the Strade, Parcours says the Ronde still cheats the wind perfectly well, relying on U and V shaped rims to limit drag at various yaw angles.

“The Ronde is designed for speed too… proven to be nearly 5 watts faster than the Parcours Grimpeur disc that it replaces, and comparable to market leaders despite being available at a lower price point,” says Parcours.

Weighing in at an impressive 1,400 grams for the set, the Ronde’s price of $1,400 works out to be a dollar per gram, which is quite reasonable considering they out performed a glut of other brands in wind-tunnel testing that cost far more. And, there’s plenty of white paper to back up Parcours’ claim here.