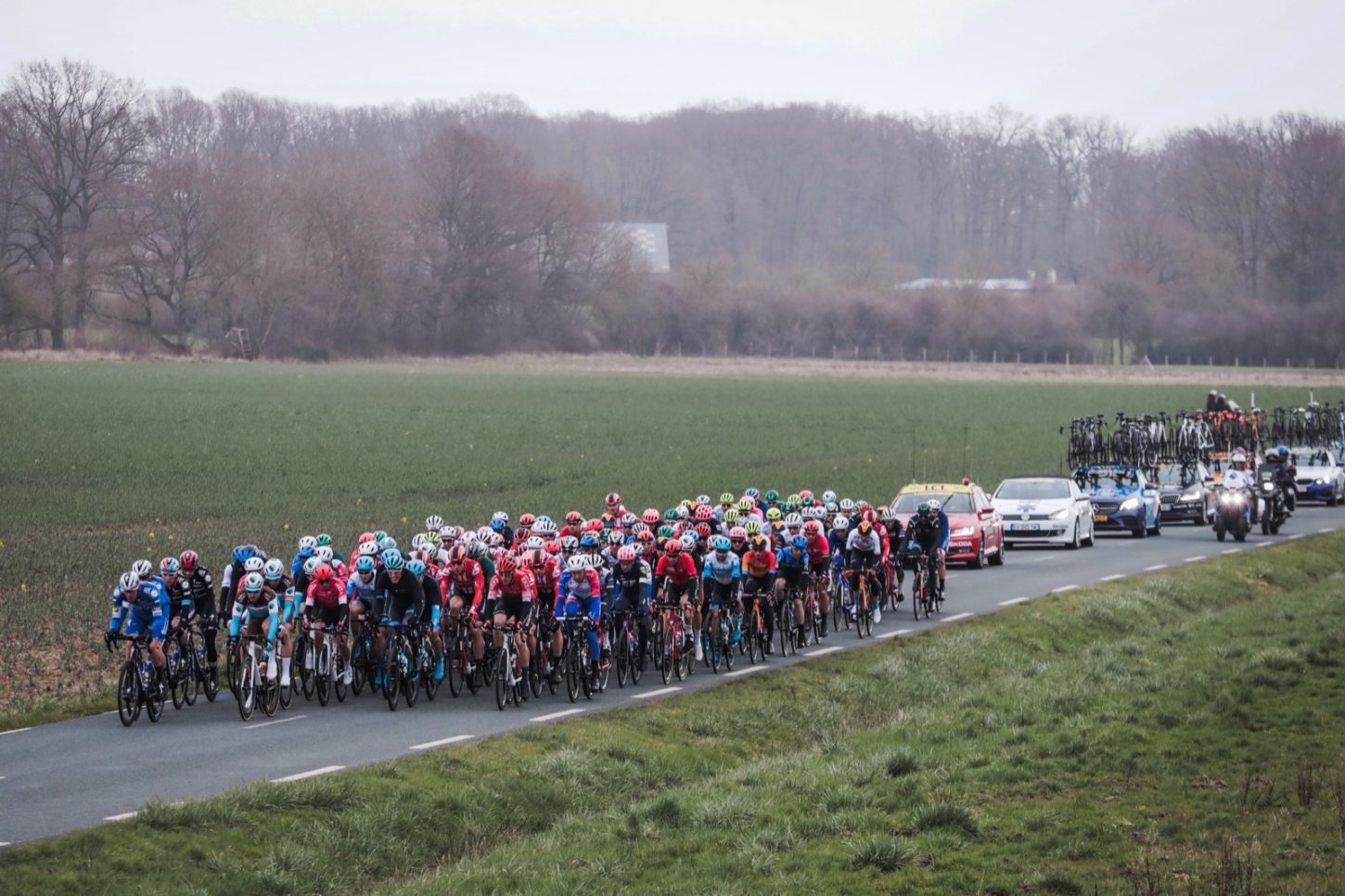 The Bora-Hansgrohe rider, perfectly set-up by his team-mates all day, surged in the last stretch of the 154-km ride to outsprint Belgians Dylan Teuns (Bahrain-McLaren) and Tiesj Benoot (Sunweb) while Julian Alaphilippe (Deceuninck-Quick Step), who had launched the day’s decisive move, had to be content with fourth place. In the overall standings, Schachmann leads Benoot by two second and Teuns by four.

Romain Combaud (Nippo-Delko-Provence) was the first rider to attack, who was quickly joined by fellow-Frenchman Jonathan Hivert (Direct Energie). Hivert, going for the KOM jersey, collected four points in third category Cote des Mesnuls (km 9). The peloton gave them the go-ahead and their lead topped at 5:45 after 23 km before Deceuninck-Quick Step took the reins and brought the gap back within four minutes. After 40 km, the pace rose again as Circus-Wanty Gobert led the way and the pack split, dropping a few big names like former winner Richie Porte (Trek-Segafredo), Pierre Latour (Ag2R), Thomas De Gendt (Lotto-Soudal) or Guillaume Martin (Cofidis).

The move cut Combaud’s and Hivert’s lead down to 30 seconds at kilometer 50 while the Porte group was a further 35 seconds adrift. Shortly before the 60-km mark, the peloton was back together behind the two Frenchmen, whose break slightly regained momentum as a consequence. But they were finally reined in after 75 km as NTT Pro Cycling upped the tempo once more. In the first ascent of the cobbled Cote de Neauphle-leChateau (3rd cat, km 82), Hivert surged again to defend his KOM lead. He collected four more points and stayed in the front for a while before being reeled in.

At kilometer 91, as the speed rose again, the peloton split and several riders crashed at a roundabout, including France’s Romain Bardet and Warren Barguil, who hit the canvas and took time to make it back on their bikes. As they were struggling at the back, a group of 16 riders emerged at the front, including favourites Nairo Quintana (Arkea-Samsic), Thibaut Pinot (Groupamla-FDJ) and Julian Alaphilippe (Deceuninck-Quick Step). The rest of the peloton were all over the place with most sprinters among the riders dropped.

The Montainville sprint at kilometer 124 spurred Alaphilippe and Benoot into action. The Frenchman collected three second and three points ahead of the Belgian while the pack regrouped behind them. The two went ahead in pouring rain and joined forces to widen the gap. Alaphilippe grabbed three more seconds in Beynes (km 138.5) as the gap remained stable. In the final cobbled climb, the two escapees saw Teuns and Schachmann break clear of the chasing pack and finally catch them with 2.5 km to go. In the final kilometer, the two looked fresher than Alaphilippe and Benoot and Schachmann surprised the lot to clinch an emphatic stage win.