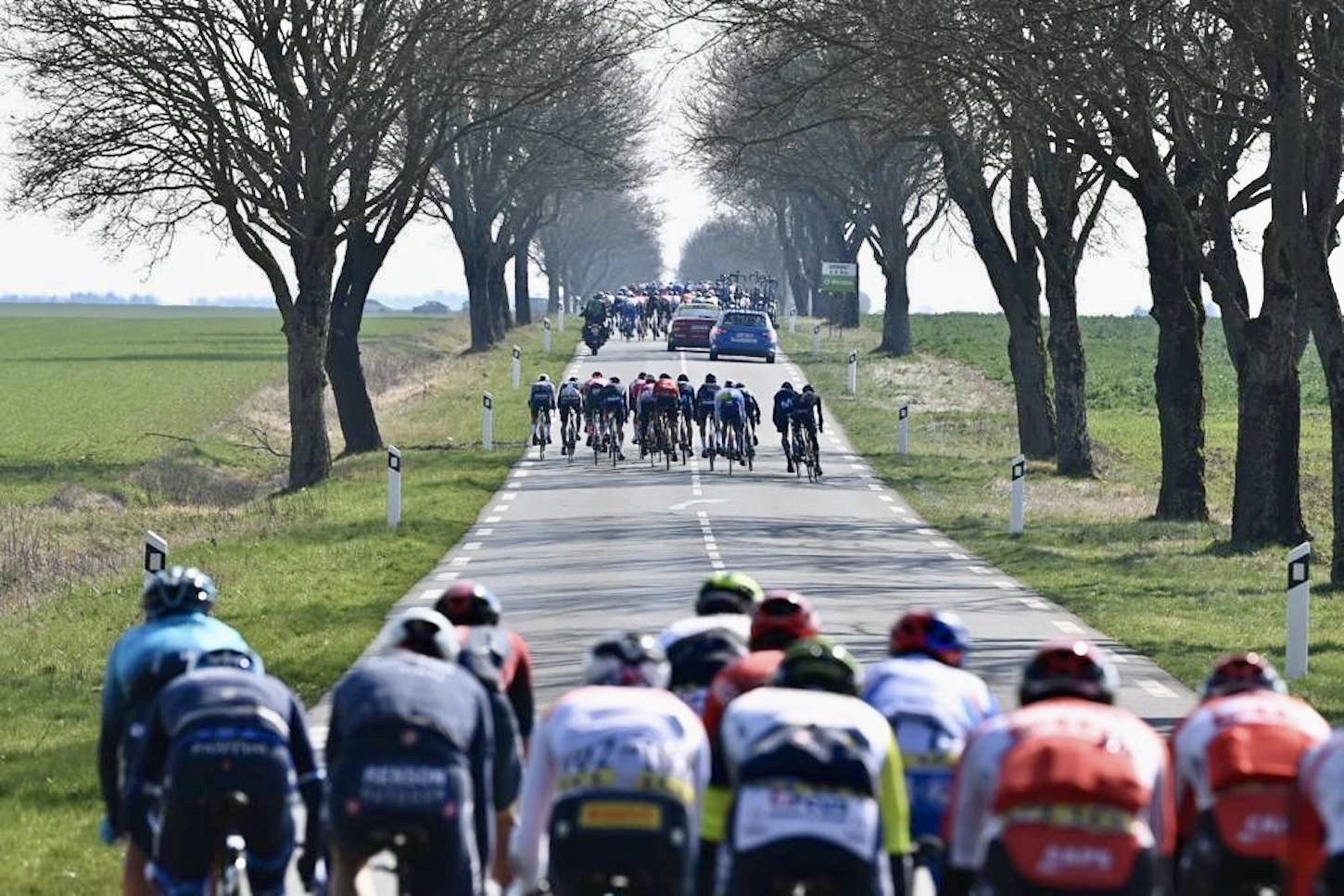 A couple of early short, sharp climbs were the perfect opportunity for an early breakaway group to establish itself, with Philippe Gilbert and Matthew Holmes from Lotto Soudal making an early move, only to be quickly joined by Alexis Gougeard (B&B Hotels-KTM).

Holmes was clearly chasing the king of the mountains points, easily taking them over both Cote des Tournants and the Cote de Choisel to earn the French rider the polka dot jersey.

Into the final 100 kilometers, the trio was still clinging to a modest advantage. Meanwhile, the peloton experienced problems of its own, as heavy crosswinds came into play, splitting the group in two that lead to a series of crashes.

The winds continued to prevail, causing a further crash towards the back of the peloton, taking out Bauke Mollema (Trek-Semifredo) and Rohan Dennis (Jumbo-Visma).

With 64 kilometers to go, the escapees were finally caught, as the exposed roads with strong winds ultimately led to their demise.

In the meantime, Jumbo-Visma and QuickStep kept the pace high at the front, whittling down the lead group to just twenty riders.

Back in the chase, a few big efforts were put in, with several riders trying to bridge their way back across to the leaders with less than 40 kilometers to go, but to no avail.

However, Sam Bennett (Bora–Hansgrohe) was able to make his way across, albeit at great expense, as the Irish rider failed to feature in the sprint finale.

At one point, calm came over the frenetic pace of the peloton, allowing a small group to make it back to the head of the pack during the last 15 kilometers.

Stefen Bissegger (EF Education–EasyPost) had a brief go with 5 kilometers remaining, but with no support, his effort was doomed.

Under the flamme rouge, Laporte tried to lead out van Aert with Bennett too far back to make a decisive move.

But, a vigilant Jakobsen was right on van Aert’s wheel, as he accelerated from the slipstream of his Belgian rival to snatch the victory, once again proving his excellent form at the start of this season.