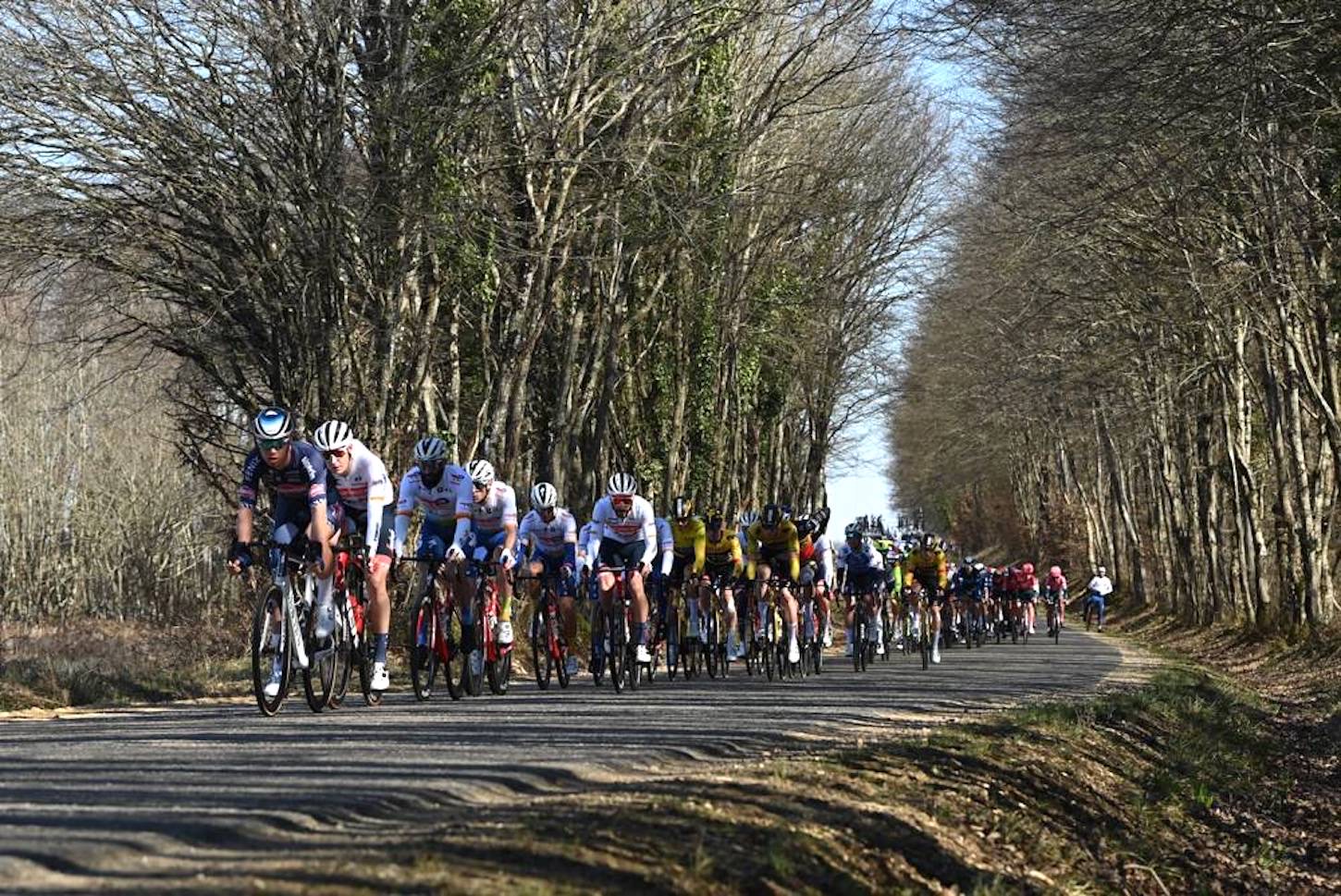 Pedersen received an excellent lead-out from his teammate Jasper Stuyven, while van Aert sat on his wheel ready to spring. But, the Belgian rider proved to be no match for his Danish rival.

Meanwhile, despite crashing along the final straight, race leader Christophe Laporte (Jumbo-Visma) managed to remount and finish the stage to retain the overall lead with a one second advantage ahead of his teammate Wout van Aert.

After a six-man breakaway attempt came to nothing, Thomas De Gent (Lotto Soudal), along with Owain Doull (EF Education-Easy Post) and Alexis Gougeard (B&B Hotels-KTM) were able to escape the peloton.

From there, the trio succeeded in opening up an advantage of just under five minutes, before the peloton decided to begin the gradual process of reeling them in, while De Gent claimed the KOM points over both the Côte d’Éguzon and the Côte de Crozant.

However, after a long-day out front, the escapees were eventually reined at the foot of the Côte de Le Peyroux with 24 kilometers to go.

In the meantime, Pierre Latour (TotalEnergies) won the intermediate sprint ahead of Primoz Roglic, who made a last ditch effort to deny the French rider the points.

With 15 kilometers to go, Pedersen succeeded in gaining a handful of seconds over the last uncategorized climb.

Meanwhile, Laporte went under the flamme rouge in good position. But, after bumping elbows with Anthony Geniez, the French rider hit the deck. Unfortunately, he was able to get back on his bike quickly and preserve his lead.

Up ahead, Stuyven was fast at work delivering Pedersen into position, who launched his sprint with 300 meters to go, leaving van Aert and Coquard unable to match his acceleration.