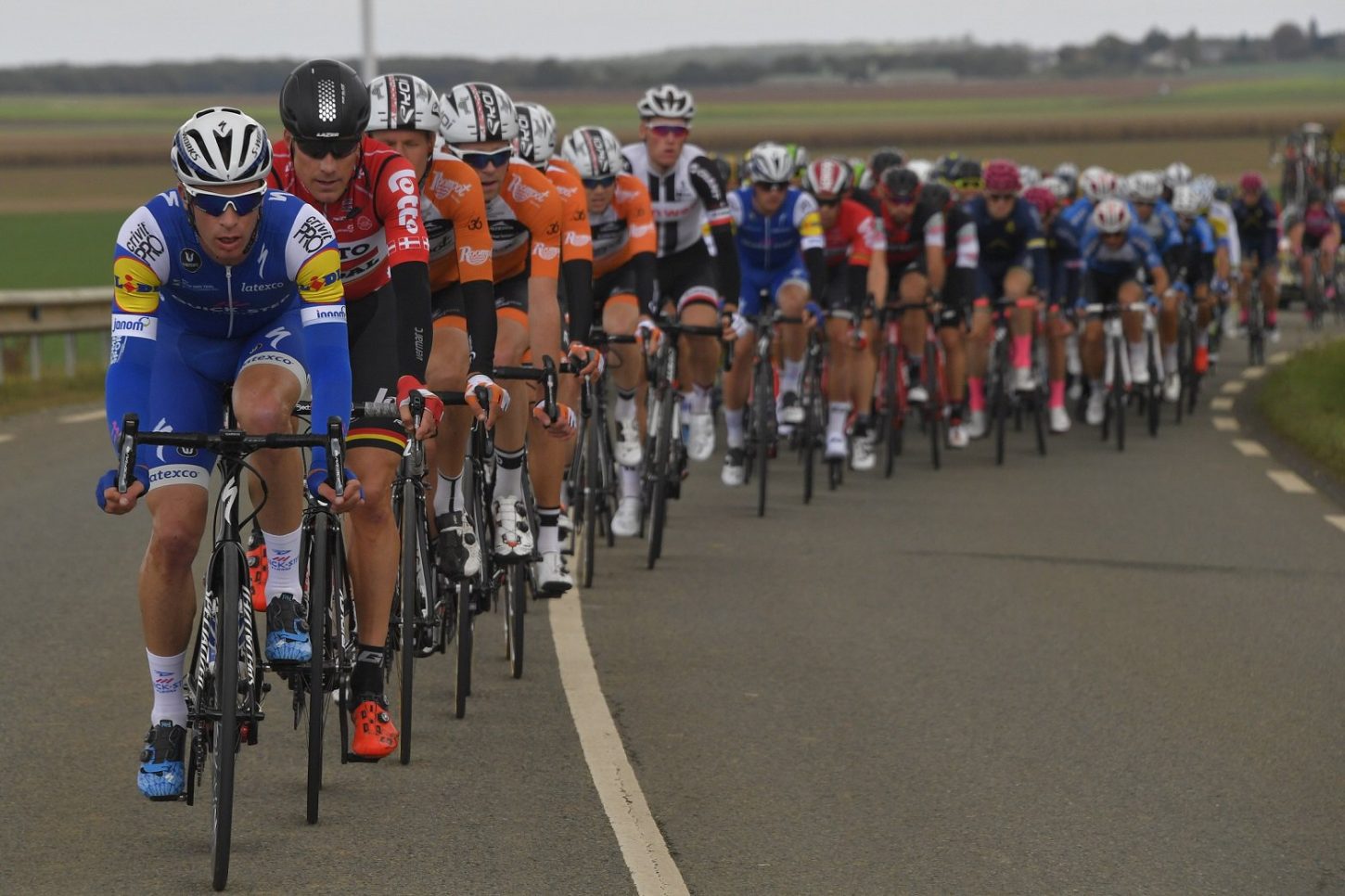 Quick-Step Floors lived up to their reputation today, after Matteo Trentin outsprinted Søren Kragh Andersen (Team Sunweb) to claim today’s Paris – Nice, while Niki Terpstra crossed the line in third to give the Belgian team two riders on the podium, despite losing last year’s winner, Fernando Gaviria to a crash during the final 20 kilometers.

“I did what I did two years ago when I won. Of course, it was a bit different. We were in a big bunch and there weren’t echelons here today. You know, with the light rain, the wet, and the course that was designed a bit different, it was a bit more technical in the approach to the climb,” said Trentin. “I saw that the bunch was straight and people were making big efforts to stay in the front so I decided to give it a go.

“The first group formed and then with the second one I saw we were two and then I saw Niki so I decided to wait and then we worked perfectly together. He really made a perfect lead-out together. That’s my way to finish the season and to thanks the team for these last seven year. I said it this morning in Instagram that the best way to end this chapter was winning and I did it and it’s a nice feeling”, he added.

From there, the escapees managed to open up an advantage of more than four minutes, before the peloton cut their lead down to around three minutes.

At just over 30 kilometers remaining, one-by-one members of the breakaway group began falling off the pace, with Naesen and Van Goethem being the last survivors to hold out with 20 kilometers to go.

Shortly thereafter, Gaviria fell victim to a crash, after the defending champion slid-out during a right-hand corner, leaving him with too much ground to make up.

Not long after, Trentin commenced his winning move along the Côte de Beau Soleil, with only Andersen and his teammate Stybar able to follow.

This move proved enough for Quick-Step to claim their third straight victory in the sprinters’ Classic, with Trentin taking his second.

Meanwhile, Max Richeze and Yves Lampaert made it four riders in the top 10 for the Belgian team, while Andre Greipel (Lotto-Soudal) took fourth place by winning the sprint from the chase group.