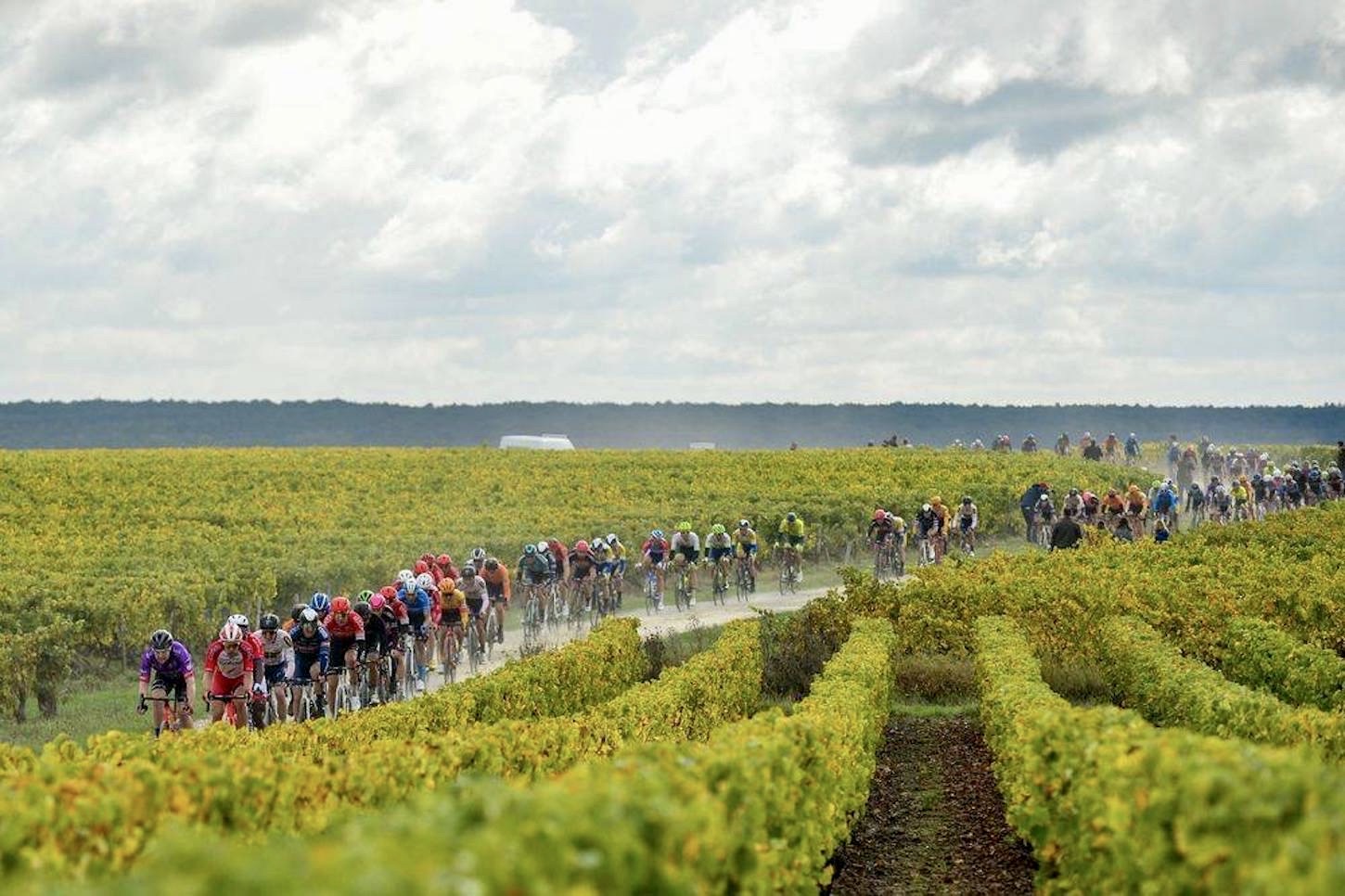 Arnaud Démare (Groupama-FDJ) won a thrilling 115th edition of Paris-Tours on Sunday ahead of Franck Bonnamour (B&B Hotels p/b KTM) and Jasper Stuyven (Trek-Segafredo). The pace was relentless from the start, with a hard battle through the wind, and the attackers lit fireworks on the vineyard trails leading to Tours. Among them, Bonnamour was still alone in the front with San Dewulf as they entered the last kilometre… But Démare, after a strong attack on the final climb of the day, produced a massive effort to bridge the gap and dominate the four-man sprint. He is the first French winner of Paris-Tours since 2006, when Frédéric Guesdon claimed victory. Today, Guesdon was in perfect position to enjoy Démare’s win, as a sports director for Groupama-FDJ.

The 152-man peloton roll from Chartres just before noon. With winds blowing from the North-East and riders battling for the early breakaway, it’s a very fast start.

Gijs Leemreize (Jumbo-Visma) attacks in the first kilometer. He is quickly joined by Julien Duval (AG2R-Citroën Team) but they can’t open much of a gap as the battle is ongoing.

After 15km, Rune Herregodts (Sport-Vlaanderen-Baloise), winner of Paris-Tours Espoirs in 2020, bridges the gap to the early attackers. The break eventually gets away, with a lead of 2’30’’ at km 18.

Hard battles in the wind

Groupama-FDJ put the hammer down through the wind and the peloton splits in several parts. Calm returns at km 30 and the gap hits a maximum of 7’30’’ after a very fast first hour of racing (47.1km covered by the attackers).

Several teams (Team DSM, Alpecin-Fenix, Team TotalEnergies, St Michel – Auber 93…) work together to control the breakaway. The gap is down to 3’30’’ when a new acceleration in the bunch turns the race upside down into the last 100km.

Only 34 riders remain in the first bunch, including the three former winners participating in this edition: Casper Pedersen and Soren Kragh Andersen for Team DSM, as well as AG2R Citroën’s Greg Van Avermaet. With such a battle through the wind, the breakaway is reeled in at km 124.

Fireworks in the vineyards

The 37 leaders hit the first vineyard track (51km to go) with a 30’’ gap to their chasers. Arkéa-Samsic try to make the most of their numbers at the front with a series of attacks. But Connor Swift suffers a puncture with 43km, after he had managed to launch a new breakaway.

Valentin Madouas (Groupama-FDJ) attacks again and again until a group of six chasers get away with 16km to go. Among them, Arnaud Démare (Groupama-FDJ) and Jasper Stuyven (Trek-Segafredo) drop their rivals on the final climb of the day, the côte de Rochecorbon.

With 10km to go to Tours, without any vineyard track left ahead, they’re only 8’’ behind the leading duo. They held on… until Arnaud Démare produced a strong effort inside the last kilometre. Bonnamour and Dewulf were eventually caught with 350m to go. And Démare still had enough energy to sprint to victory.