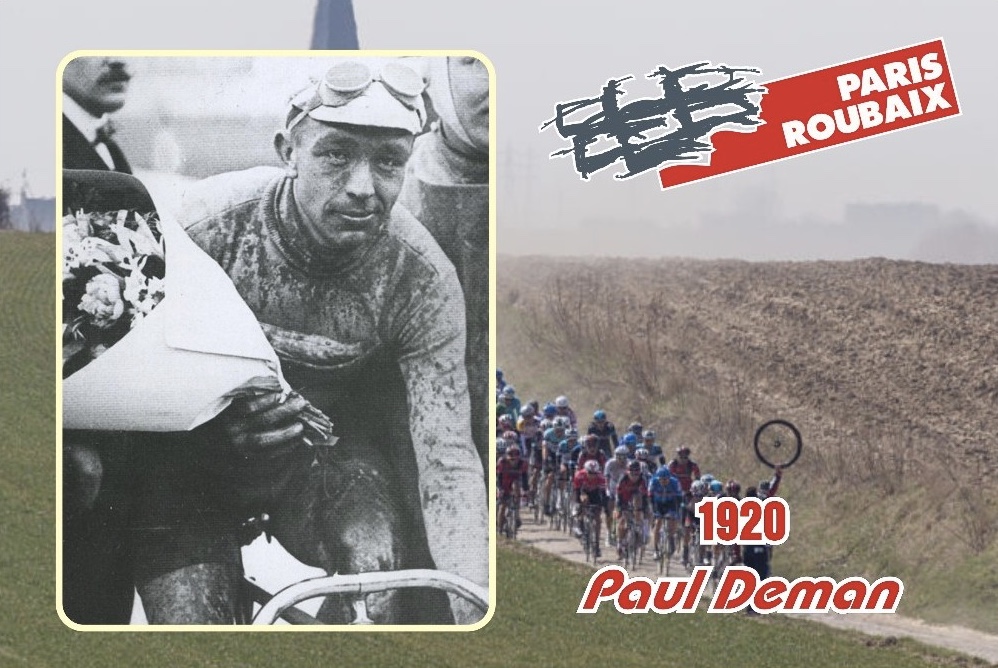 25 Apr 2016
By Campionissimo - In LATEST ARTICLES, THE PODIUM

The Belgian rider is best remembered for winning the 1920 Paris-Roubaix Classic ahead of Eugene Christophe of France and Lucien Buysse of Belgium.

Deman also won the inaugural Tour of Flanders Classic in 1913, defeating a field of 37 riders over a 330 kilometer course that ended with 4 laps on a wooden track around a small pond at Mariakerke, in the suburb of Ghent.

The following year, he won the grueling Bordeaux–Paris race.

Deman’s career almost ended with the first world war, when he joined Belgium’s espionage service and smuggled documents by bike into the neutral Netherlands.

After many trips he was arrested by the Germans and jailed in Leuven ready for execution. However, the Armistice ultimately saved him, and he quickly returned to racing.