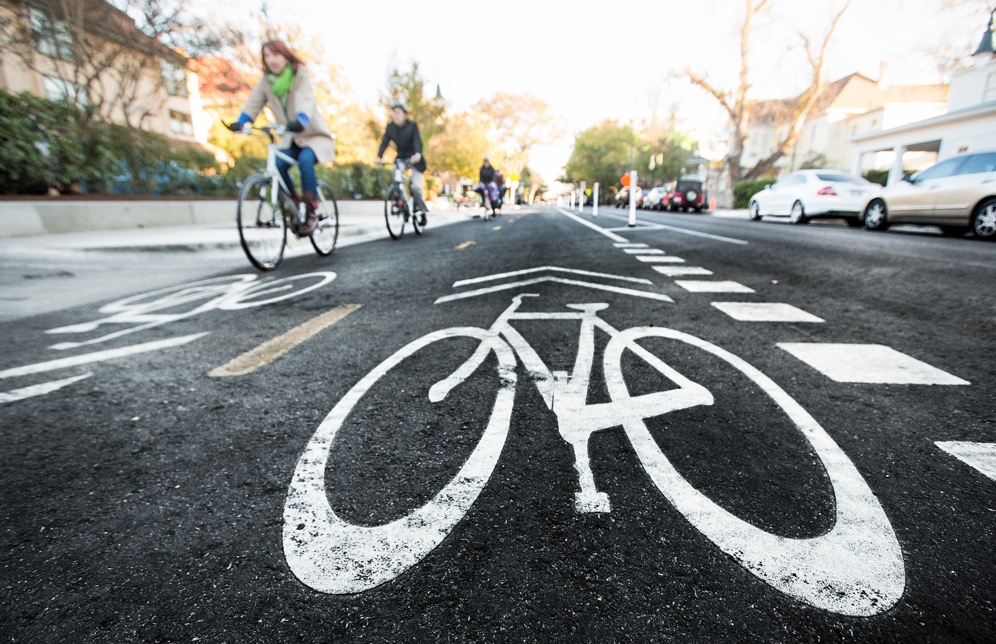 10 May 2016
By Gianni Pericolo - In LATEST ARTICLES, VELOPATHIC

Protected bike lanes separate people on bikes from car and truck traffic with physical barriers such as planters or bollards.

“Collectively, we’ve rewritten the book on designing and implementing protected bike lanes,” said Martha Roskowski, vice president of local innovation at PeopleForBikes. “They are now the gold standard for safe and comfortable riding on busy streets. This week, we will celebrate the lanes already on the ground. Our next challenge is to get more built, in more places, more quickly.”

PeopleForBikes recently released a report titled “Quick Builds for Better Streets: A New Project Delivery Model for U.S. Cities,” which serves as a practical guide for city governments that want to make fast, flexible changes to streets. PeopleForBikes will also release a series of infographics throughout the week showing how neighborhoods can improve when a protected bike lane gets implemented.

“Back in 2009, Portland was one of the first U.S. cities to install a protected bike lane,” said Portland’s transportation commissioner, Steve Novick. “Last fall, we became first U.S. city to make them the default design for all new bike lane projects. We’re looking forward to joining our transportation and public policy peers from around the country when we celebrate protected bike lanes this week as a way of making streets safer and less stressful for everyone.”