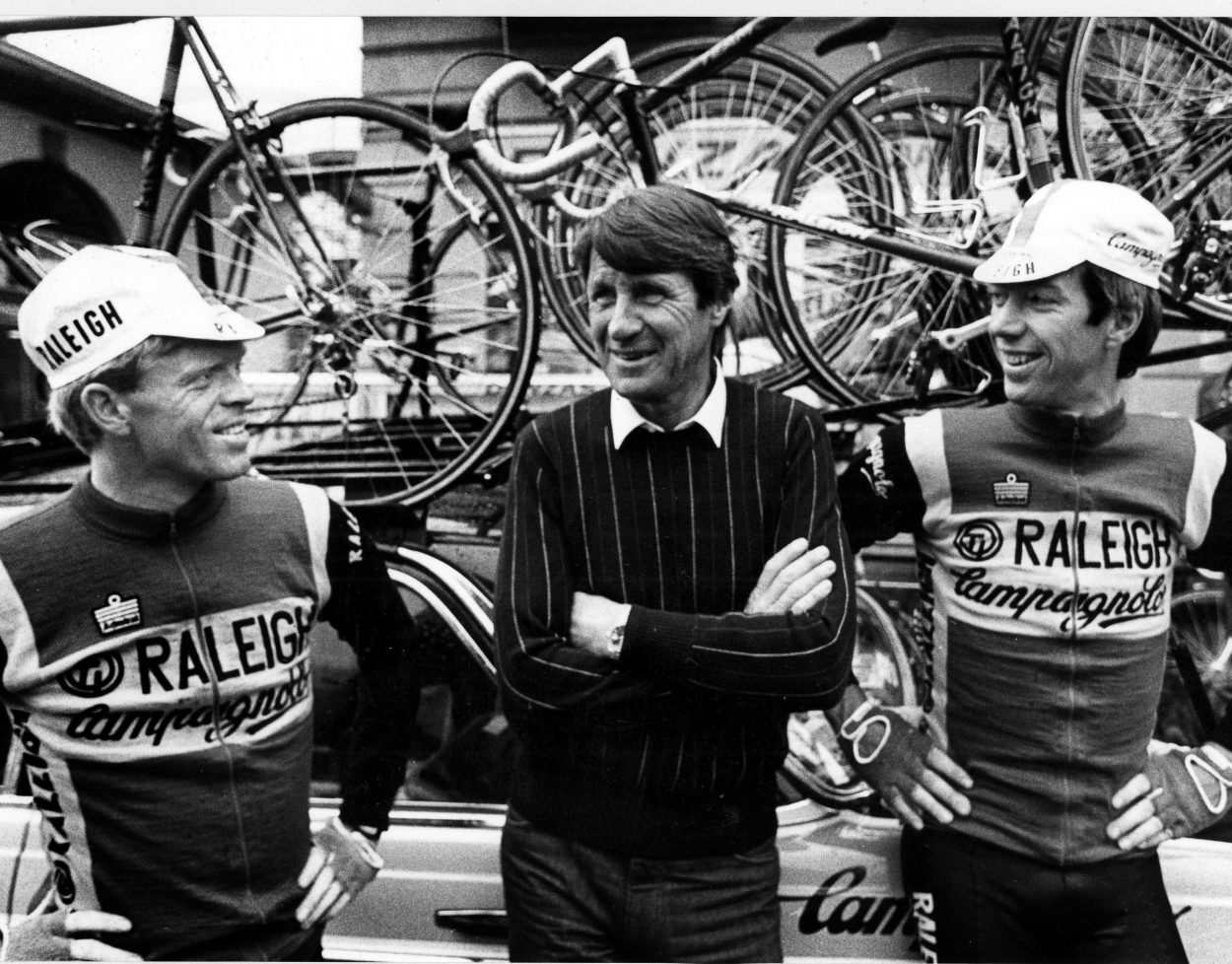 The Dutch rider is best remembered for winning the 1964 Paris-Roubaix Classic ahead of Belgians Benoni Beheyt and Yvo Molenaers.

Post was also an accomplished track racer as well, especially in the Six-Day racing events.

Indeed, having won 65 out of the 155 races he entered, Post earned himself the nickname “De Keizer van de Zesdaagse”, or “The Emperor of the Six Days”.

Post was born in Amsterdam, turning professional in 1956 with the small Dutch team R.I.H, where he rode under the tutelage of Gerrit Schulte during his first few years.

His first notable successes on the road racing circuit came when he won the Ronde van Nederland in 1960, followed by the Deutschland Tour in 1962.

In 1963, he claimed the Dutch National Road Championship title, along with winning the Tour of Belgium.

Post experienced his finest moment in road racing when he became the first Dutchman to win Paris-Roubaix in 1964, beating race favorites like  Rik Van Looy, Raymond Poulidor and Rudi Altig, who found themselves caught by the peloton and subsequently dropped during a decisive break at Arras.

Post’s teammate, Willy Bocklant, was credited for keeping such a high pace and sacrificing himself for his team leader, who successfully delivered Post to the velodrome at Roubaix.

Post entered the velodrome with four other riders, ultimately out-sprinting Beheyt in the finishing straight to seize the race honors, while also earning himself the Ruban Jaune for the highest average speed ever achieved in a Classic, which till this day still stands as the fastest Paris-Roubaix in history.

Post made his only appearance in the Tour de France in 1965, but he was forced to abandon the race before reaching Paris.

His only other noteworthy result in road racing came in 1967, when he finished runner-up to Eddy Merckx in the La Flèche Wallonne Classic.

Seeing more prize money at stake with Six-Day races, Post decided to turn his focus entirely to the boards, forming his most successful partnership with the Swiss rider, Fritz Pfenninger, wherein the duo won no fewer than 19 victories together.

Since then however, René Pijnen (72 wins), Danny Clark (74 wins) and Patrick Sercu (88 wins) have all surpassed Post’s benchmark, with Sercu becoming the new record holder.

In addition to his triumphs in the Six-Day races, Post also won the Dutch individual pursuit championships 6 times between 1957 and 1963, while claiming as many as 14 European track titles (mostly madison and derny races).

In 1965, Post also set a new derny-paced hour record of 63.783 kilometers in Antwerp, beating Stan Ockers’ record which had stood for almost a decade.

Post retired from racing in 1972, later becoming directeur sportif of the TI–Raleigh team in 1974.

Possessing both a strong knowledge of racing and an acumen for business, Post was successful in establishing a solid sponsorship based for his team, which quickly attracted many of the leading Dutch riders of the day such as Hennie Kuiper, Gerrie Knetemann, Jan Raas and Joop Zoetemelk to come onboard.

Indeed, Post’s Ti-Raleigh team went on to become one of the most successful squads of the decade, with 1980 being its most impressive year when they claimed 11 stages in that year’s Tour de France – with Zoetemelk capturing the overall title.

Raleigh pulled out of its sponsorship in 1983, but Post found a new backer with Panasonic.

His success as a team director continued, this time with riders such as Phil Anderson, Eric Vanderaerden, Erik Breukink, Viatcheslav Ekimov, Olaf Ludwig and Maurizio Fondriest.

After the withdrawal of Panasonic, Post led the Histor and Novemail teams before retiring from cycling in 1995.

Post made a brief return to cycling in 2005, this time as an adviser to the Dutch Rabobank team.

Post died in his native Amsterdam at the age of 77, leaving behind a legacy that included being one of the most successful team directors in the history of the sport.