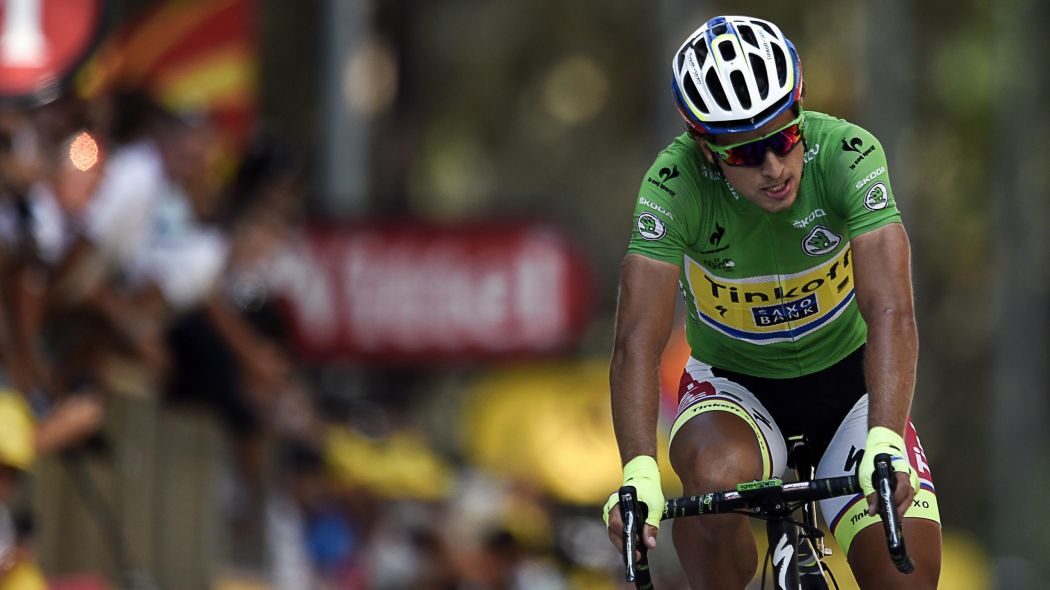 30 Aug 2015
By Gianni Pericolo - In LATEST ARTICLES, THE GREAT RACE

Tinkoff-Saxo announced today, that Peter Sagan has been forced to abandon the Vuelta a Espana, as a result of injuries he sustained during yesterday’s stage 8, after he was struck by a Shimano neutral service motorbike.

According to the Russian team, Sagan incurred sever “road rash” in the accident, which resulted in 1st and 2nd degree burns to the left side of his body, as well as with a contusion on his left forearm, along with a hematoma.

Reports suggest, that Sagan was hit by the motorbike with less than 10 kilometres to go in the stage. Race officials later confirmed that the operator of the motorbike, has been excluded from the remainder of the race “for overtaking a group and provoking the crash of the rider Peter Sagan.”

Sagan was seen lashing out in anger after the crash, wherein the Slovakian rider punched the medical car, while pointing angrily at the motorbike. He was also seen kicking his bike out of frustration as well.

Tinkoff-Saxo issued the following statement on its website today.

Tinkoff-Saxo announces that, unfortunately, the team’s co-leader at the Vuelta a España cannot safely continue to race and will instead return home to recover from the injuries he suffered after he was hit by a motorbike at the finale of stage 8 on Saturday afternoon.

Sagan was hit by a reckless auxiliary motorbike in the final kilometers of stage 8 and suffered wounds and burns of first and second degree on the left side of his body, from the hip to the lower leg. In addition, he has a contusion on his left forearm with an intra-muscular hematoma. The team doctor, together with the sport directors at the Vuelta, decided that Sagan cannot safely continue the race with the injuries he suffered. As a result, he will fly back home as soon as possible.

The entire Tinkoff-Saxo team is disappointed and upset that Sagan’s participation in the race comes to such an abrupt end. The Vuelta a España is one of the season’s most important races and both Sagan and the team had high expectations. At the moment of the incident, Sagan was wearing the green jersey, he had won one stage, was set to target stage 8, while being in serious contention for later stage wins.

Despite this important loss, Tinkoff-Saxo will keep its remaining goals intact and the entire squad will support team leader Rafal Majka in his fight for wins in the mountain stages as well as a top position in the general classification.