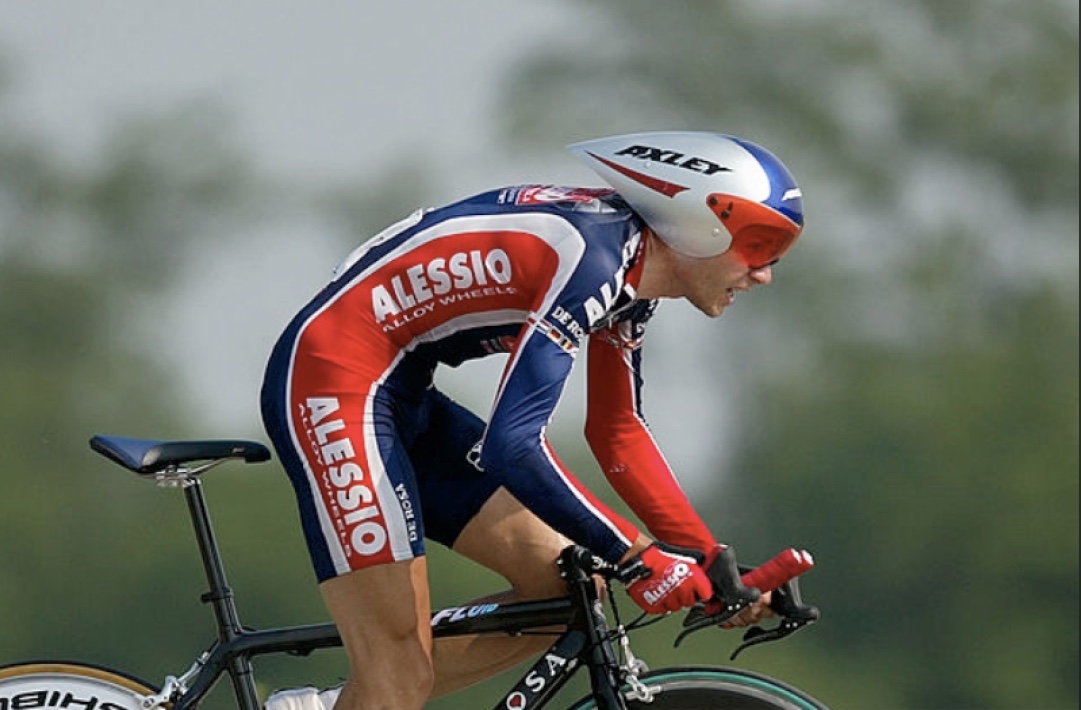 Happy birthday to Pietro Caucchioli who was born on this day in 1975.

The Italian rider is best known for standing on the podium of the 2002 Giro d’Italia alongside Paolo Savoldelli and Tyler Hamilton, after finishing 3rd in that year’s Italian Grand Tour.

Caucchioli was born in Bovolone, Veneto, and began his career as a professional rider at the age of 24 with the Amica Chips team, and later for other prestigious teams such as Alessio, Alessio – Bianchi, Crédit Agricole and Lampre – N.G.C.

In addition to his stage victories and podium finish in the 2002 Giro d’Italia, Caucchioli’s palmares include stage wins in the Vuelta Ciclista a Aragón, Giro della Provincia di Lucca, Vuelta a España (while also earning coveted orange climber’s jersey for three stages) and finishing in the top 10 of the 2007 Dauphiné Libéré.

Before turning professional, Caucchioli caught the attention of the sport, after finishing 3rd in Italy’s Junior National Road Championships in 1992, followed by victories in the Giro del Belvedere and the Gran Prix Santa Rita.

Nowadays, Caucchioli oversees the distributorship of ALE clothing, DMT cycling shoes and Cipollini bikes here in the USA, along with his own brand of custom, handmade carbon bikes from Italy called DIVO.