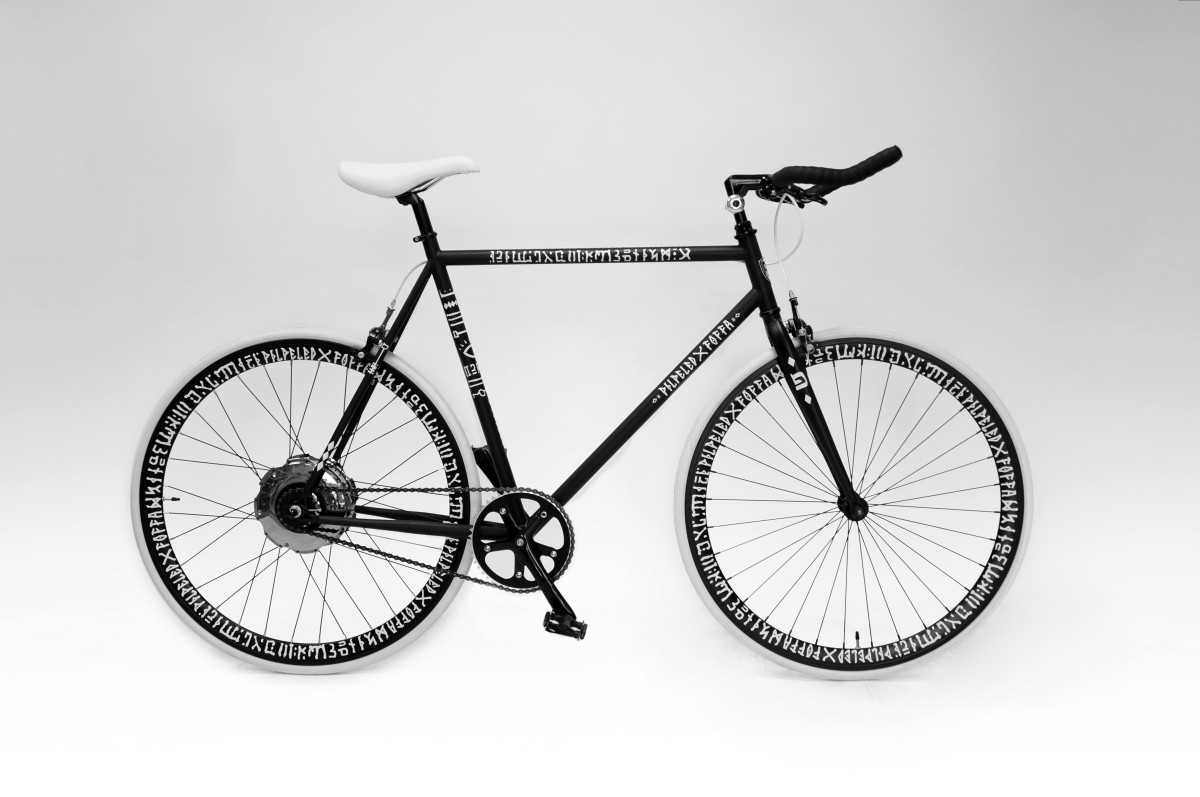 Touted as being the first ever “artistically designed” bike for the emerging eBike market, Electric Concepts PILPELED x FOFFA combines trendy styling, alongside high performance, that will surely delight the urban commuter who’s looking for something outside the norm of a typical electric bicycle.

“Our studio is where the magic happens. we have taken two things we love, a classic single speed FOFFA bike and smart electric wheel as well as the intriguing artistic design of PILPELED and combined them into the best and most captivating riding experience available for the urban commuter”, said Hanan Almus, head of design at electric concepts. ‘We created laser-cut stencils on the bike frames to make sure that all the fine details of the artistic work are translated and the result is an astounding and magnificent piece.”

The PILPELED x FOFFA comprises a unique fixed-gear style frame, along with a Zehus electric smart wheel, as a means of giving cyclists the added boost they need in order to tackle the challenges of the urban terrain.

The PILPELED x FOFFA is currently a one-of-a-kind prototype, but there are plans to put it into full production sometime this summer.