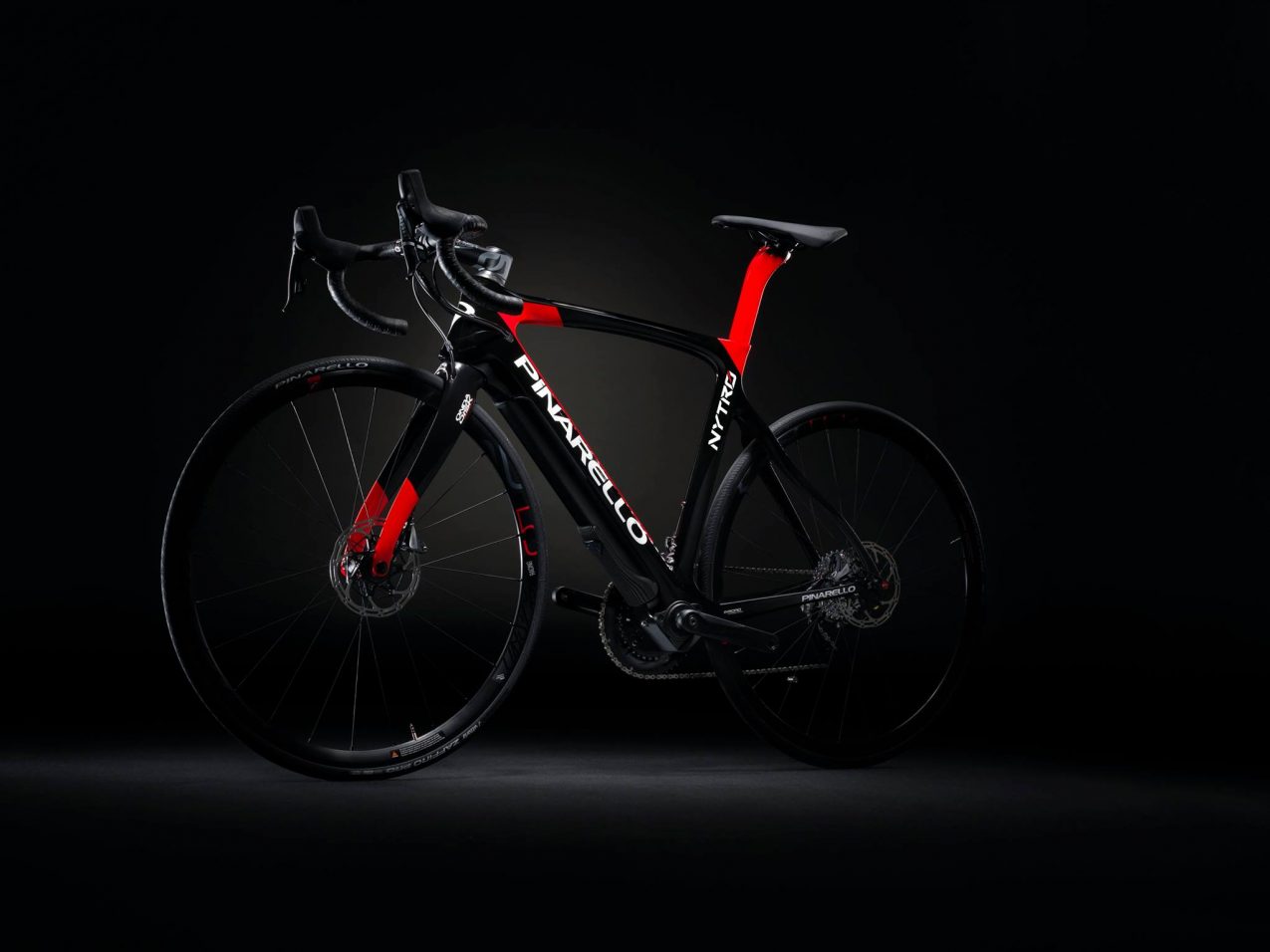 While race officials continue to catch riders on bikes of a nefarious nature containing hidden motors, for the rest of us recreational mortals, power assisted road bikes are an emerging trend, especially for those who are getting a little long in the tooth.

As a result, Pinarello has gone electric with its new Nytro road bike, providing enthusiasts with the added advantage they need to stay with group by offering up to 400w of assistance.

However, rather than simply retrofit an electric motor to one of its existing models, Pinarello took a ground up approach to designing the Nytro, which features Fazua’s Evation eBike system that’s built directly into the bike’s frameset and bottom bracket gear box. Moreover, unlike the competition, the electric drive system only adds 4.7kg to the Nytro, while preserving Pinarello’s proven geometry.

‘We were thinking about the feeling you get when you conquer alpine climbs,’ Pinarello explains.

‘We wanted to make that feeling achievable for a lot more people, which meant designing something that can give some riders a helping hand.”

While the integrated electric drive system is the hallmark of the Nytro, owners have the option of removing the system all together, which brings the bike to within 1kg of a similar non-assisted road bike.

According to Pinarello, the Nytro has five power settings:

The Nytro is available in five different frame sizes, and comes equipped with Sram’s Force groupset, an FSA crankset, hydraulic disc brakes and  thru-axles and clearance for tires up to 28mm.

The Nytro will first be available in Europe, including the UK and Switzerland, with a retail price of around 6,000 euros ($7,050) depending on the wheel choice.