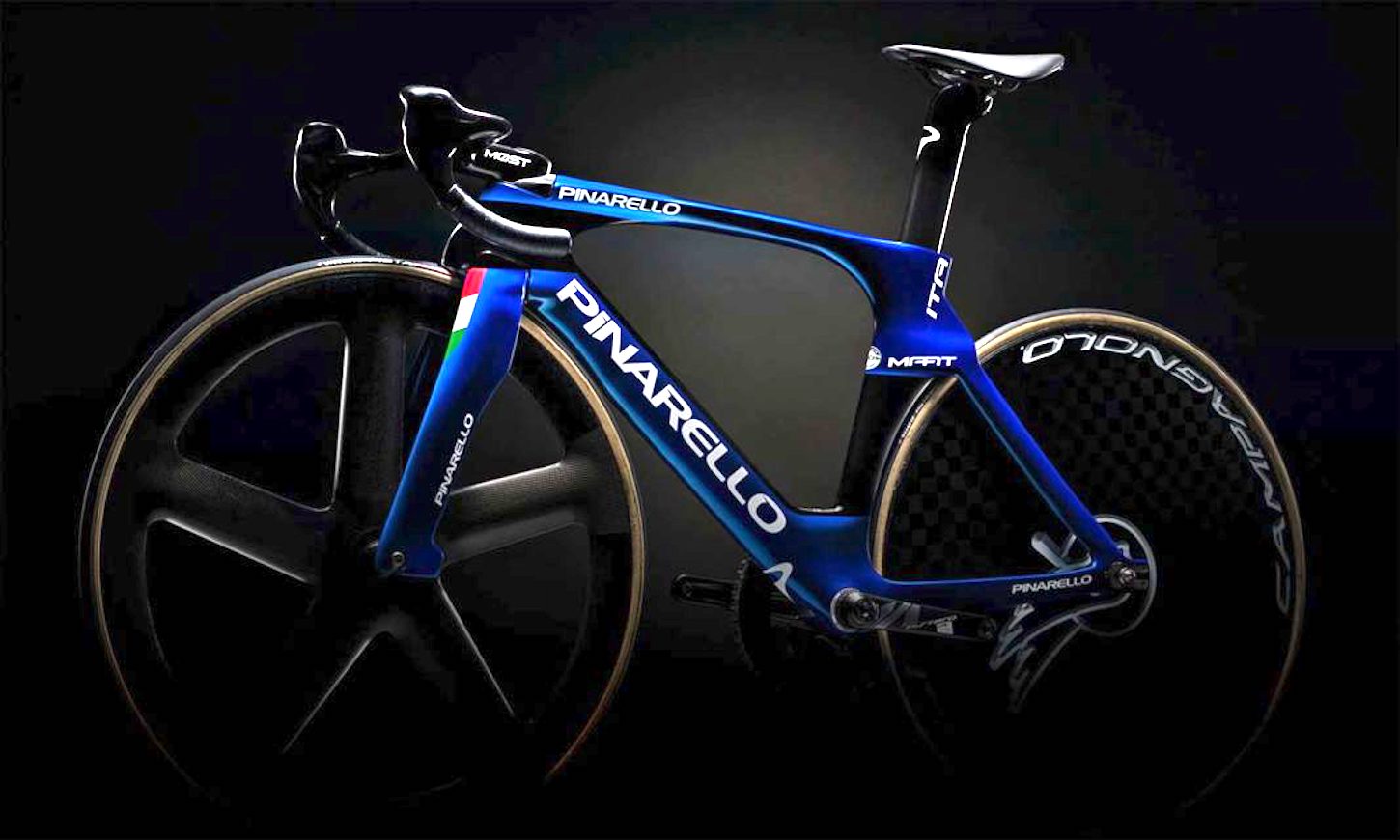 Developed in partnership with the Italian Cycling Federation, Pinarello has launched its new edition MAAT track bike, calling it “a gift for the Italian team” ahead of the 2020 Olympic Games in Toyko.

The MAAT will actually make its debut ahead of the Olympic Games during this weekend’s Track World Cup competition in Hong Kong before being ridden in Toyko by the likes of reigning Omnium Olympic champion Elia Viviani and pursuit world champion and world record holder Filippo Ganna.

Additionally, since cycling’s governing body, the UCI, has eliminated its 3:1 length-to-width requirement, Pinarello has been able to further optimize the MAAT’s aerodynamic signature with a revamped heatube that now integrates with a wider profile fork, as well as refinements to the seatpost, seatstays and a one-piece handlebar and stem set-up.

Other features that highlight the MAAT include an Italian threaded bottom bracket, bolt-on axles and enough clearance for a 66 tooth chainring and 23mm tires, resulting in a claimed weight of 1350g for an unpainted frame.

The MAAT is available in five sizes and in three different colorways, as well as three handlebar/stem configurations.