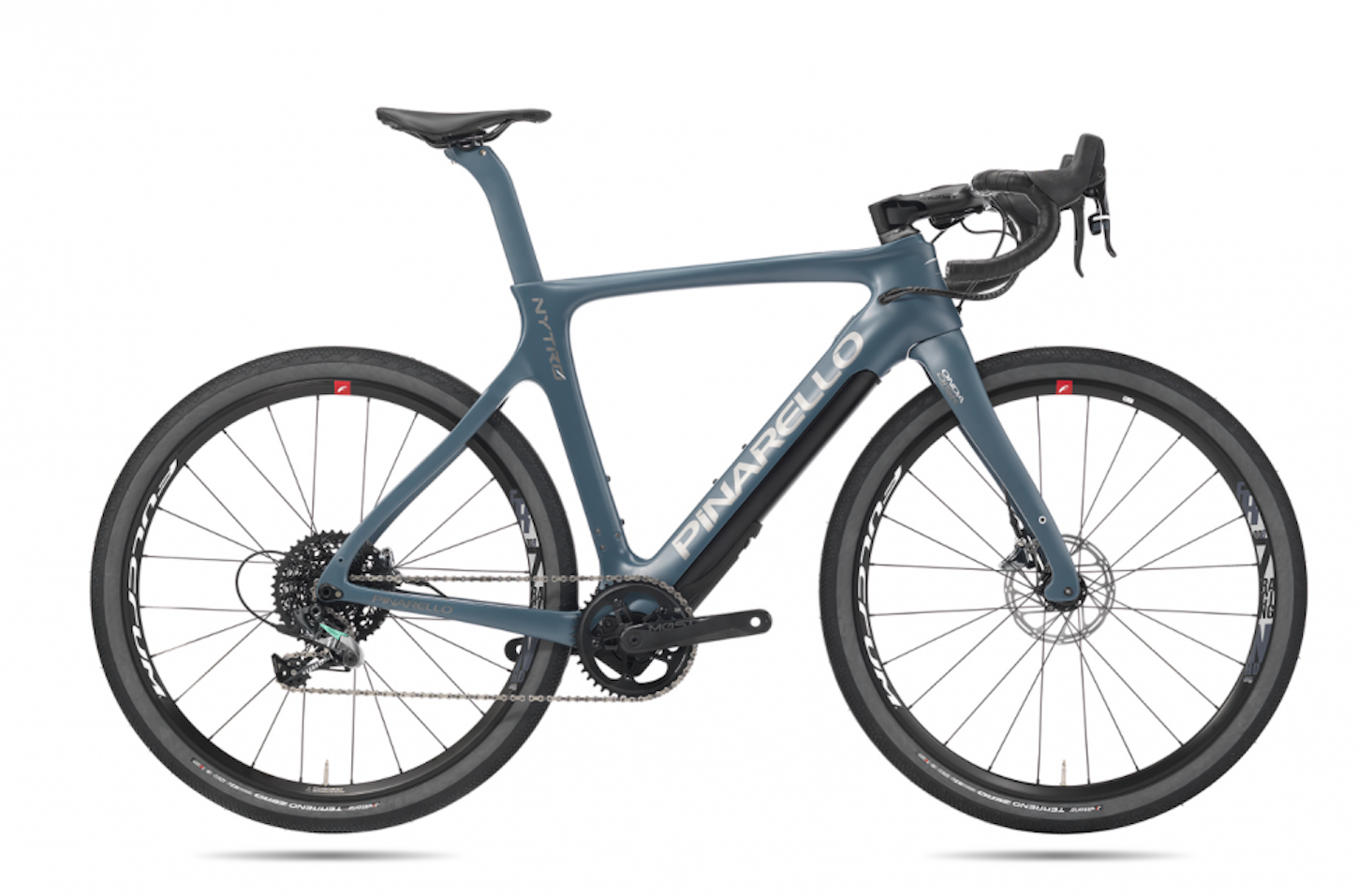 Pinarello has launched a new electric-assisted gravel bike aptly called the Nytro Gravel, which draws much of its inspiration from the Italian brand’s Nytro e-road bike that was introduced about a year ago.

Like the Nytro e-road bike, the new Nytro Gravel features the same Fazua Evation electric motor and battery system that’s nestled within the frame’s huge downtube, along with a gearbox that’s located at the juncture of the bottom bracket.

The real differentiation between the two model lies in the clearance, wherein the Nytro Gravel is designed to accommodate tires ranging from 700 x 42c or 650B x 2.1″.

The Nytro Gravel comes equipped with a SRAM Force 1 groupset, Fulcrum alloy wheels and Pinarello’s own cockpit pieces, which sells for £6,000.

According to Pinarello, the Nytro Gravel will become available in October.