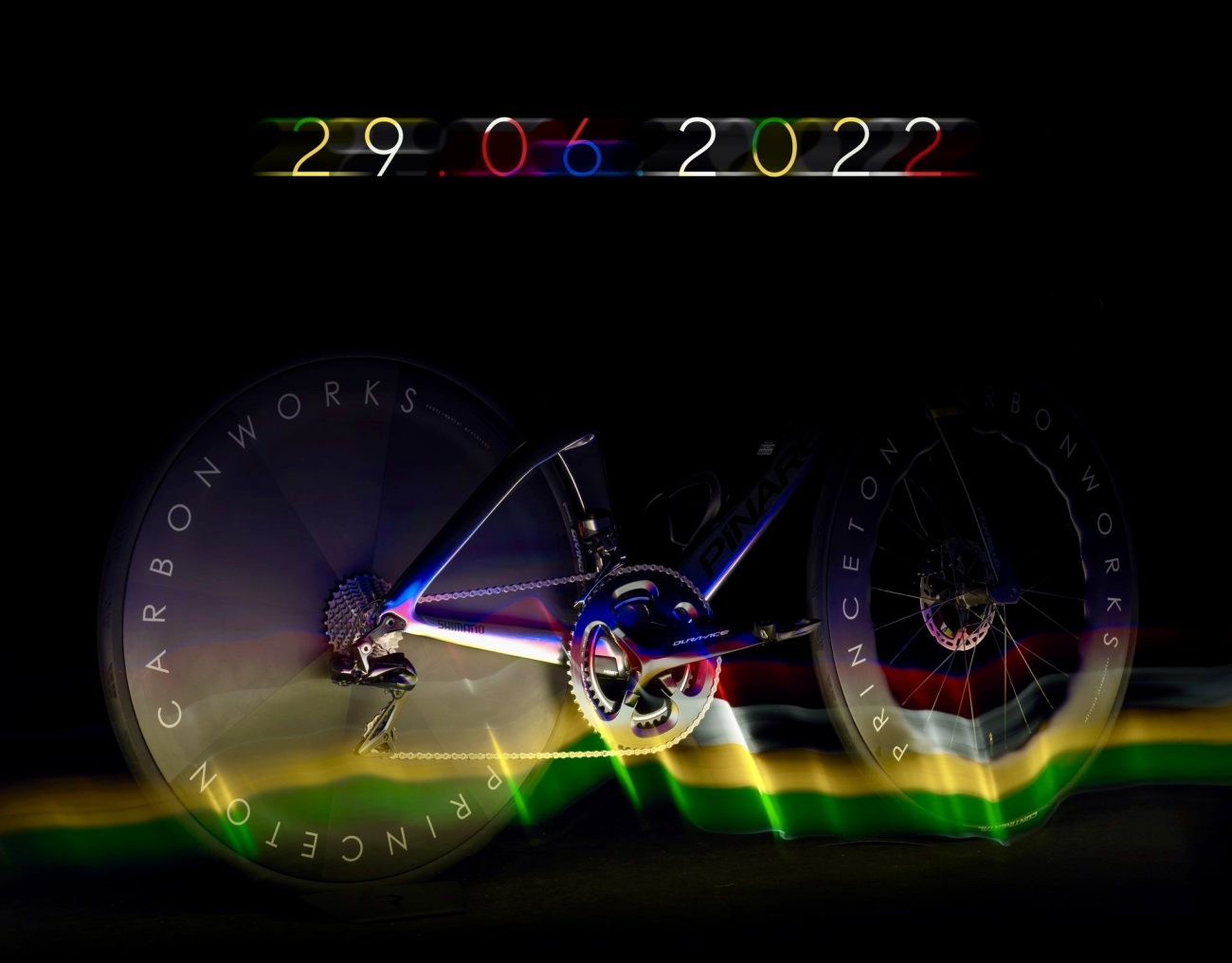 First spotted being ridden by Filippo Ganna at the Italian Time Trial Championships earlier this month, Pinarello has lifted the curtains on its new Bolide F time trial bike, which will make its official debut during the opening stage of this year’s Tour de France on Friday.

According to Pinarello, the storied Italian brand decided to switch to disc brakes on the new Bolide F in order to accommodate wider 28mm tires.

“Improving handling and decreasing rolling resistance were two of the primary targets for the new Bolide F TT,” says Pinarello. “To achieve this, the bike had to be designed to use disc brakes, which added a 1.4% aerodynamic deficit when compared with the previous integrated rim brake Bolide.

“This deficiency was recovered during the development process, thanks to a complete re-design of the seat tube, seat post, top stays [seatstays], and chainstays, which counter-balanced the increased aerodynamic drag of the disc brake to create an aerodynamically equivalent bike and rider system,” adds Pinarello.

After analyzing seven different yaw angles and eight different rider positions, Pinarello claims the total drag of the bike and rider is within 0.04% of the previous Bolide TT. Moreover, the company says changes to the bike’s MOST base bar and extensions also resulted in a 2-3% improvement to the total drag.

“The base bar was tested at 50km/h (31mph) with eight leg positions and seven yaw angles between -15° and +15°. Compared with the previous model, the weighted average has a 0.1% improvement in total drag,” claims Pinarello.

Pinarello also claims at a 0° yaw angle, there’s an improvement of 0.5% in drag as well.

“For the extensions and risers on the standard available bar, the goal was to maximize adjustability to improve the rider’s aerodynamic position and comfort,” says Pinarello.

“The key changes were the bolt-from-below design for the risers and the simplified angle adjustment. Areas of sensitivity were also identified around the risers and forearms, which showed a potential for 2-3% in aerodynamic improvement.

“The new headset, which introduces Pinarello’s TiCR (Total Internal Cable Routing) system, meant the designers could reduce the thickness of the stem, consequently allowing a reduction in top tube thickness and improved aerodynamics. It also delivers a more direct and fast-handling feel to the bike.”

While improving aerodynamics sometimes results in adding weight, Pinarello says it managed to remove 170g from the frameset and brakes.

Pinarello also says stiffness is up on the new Bolide F by 17%, 7% and 12% for the bottom bracket, headtube and fork areas, respectively, claiming to set a new industry standard thanks to revamped tube shapes and a revised carbon lay-up process.

Details on the availability of the new Bolide F are still scant.

But, Pinarello says it’s available for pre-order in black with white decals, with pricing yet to be announced.