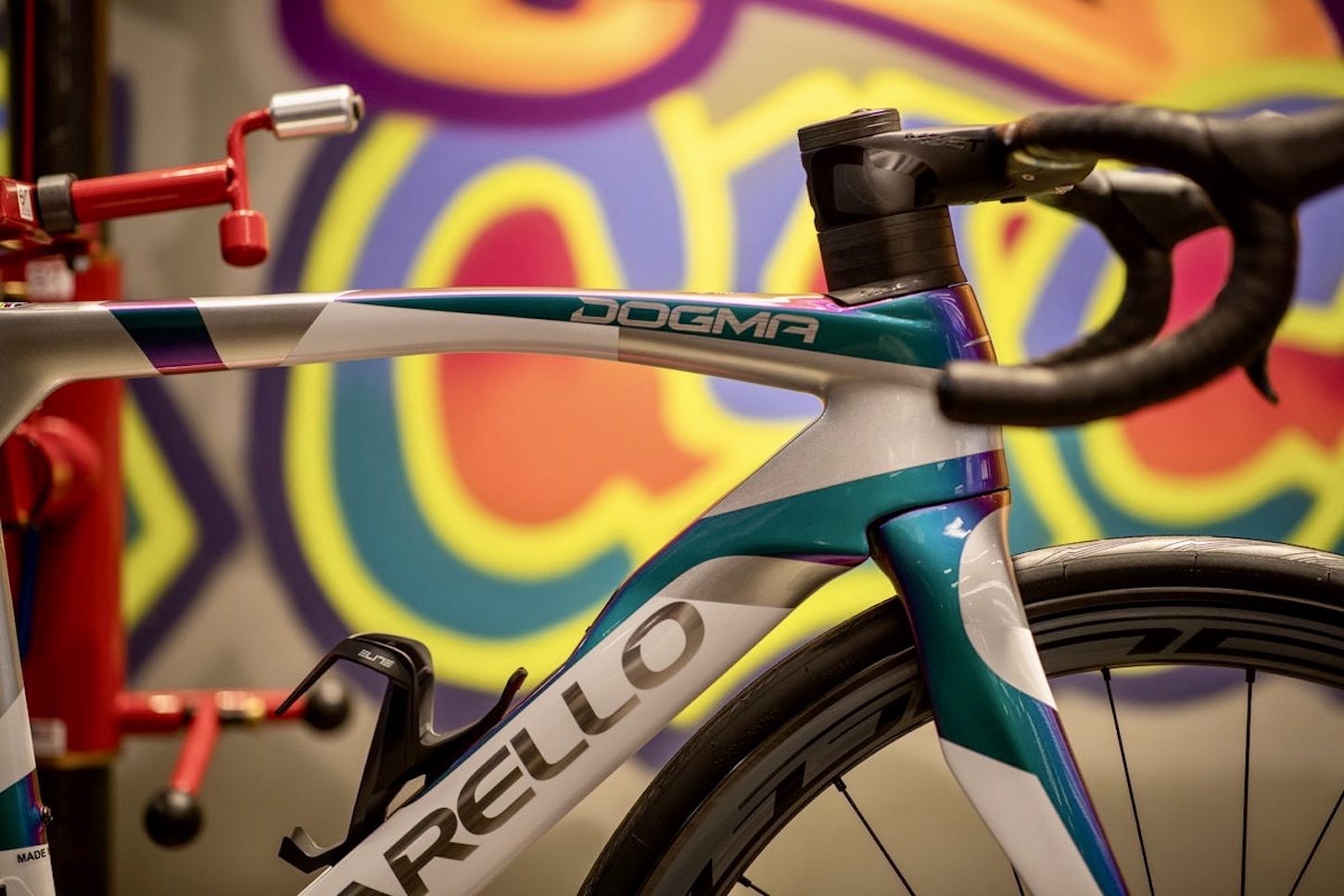 With his architectural and design practice Asymptote, Rashid has gained worldwide recognition for intelligent, innovative, and visionary projects worldwide. A long-time admirer of the Pinarello brand, he worked with his close friend Fausto Pinarello to reimagine the Dogma F12 aesthetic from the ground up. Pinarello believes that true design is not just about making the bikes look good, but about combining geometrical, aerodynamic and engineering needs to create a winning and exciting objects.

“The Dogma is the symbol of competition, a name that evokes excellence, quality, perfection, beauty, and Italian design. It is the most successful bicycle in racing history. Rashid’s progressive and intelligent design approach elevates the award-winning F12 to a new level,” says Pinarello.

“I had traced and mapped the geometries and key mathematical aspects of the frame’s engineered elegance. Then, together with the immense knowledge and expertise of Pinarello’s in-house paint technicians and graphic designers, we found a unique way to apply some very interesting and varied arrays of vibrating iridescent matte and glossy colors which as three dimensional shapes would work three dimensionally across the F12’s architecture, thereby producing these fascinating special edition F12’s as simply and purely poetry in motion.”

The color palettes are inspired by and drawn from the Dolomites in Italy. One combination references this magical part of Italy in the summer and fall where deep shadows and glinting gold light washes over the rugged mountains, while the second palette celebrates the winter and spring in these mountains, still capped in snow with traces of azure water falling across the silver walls of stone.

Winners will also receive a coffee table book detailing the project, with a personal note from Rashid and Pinarello.

Both bicycles will be on display at Strictly Cycling Collective in NYC during the auction.

Customers can locate a dealer at https://pinarello.com/store-locator/.