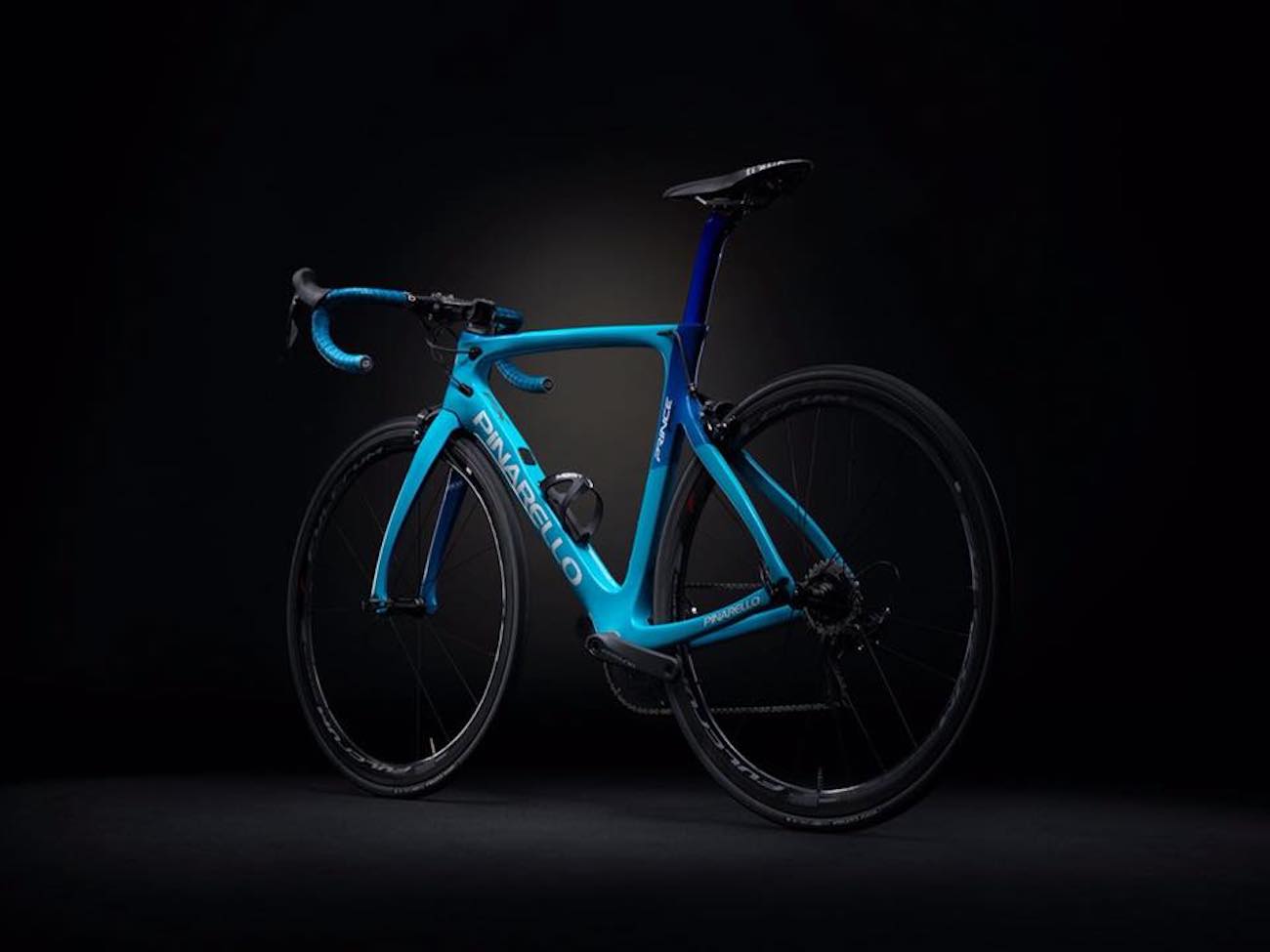 The first Prince frameset emerged two decades ago, which featured Dedacciai’s robust SC 6110 aluminum for the main frame, along with a carbon fork – making it one of the first road bikes to combine both materials.

The Prince was later revived in 2015, albeit as part of Pinarello’s lower range of bikes. But, the reborn version now features premium T900 and T700 carbon fiber that puts it on par with its more expensive sibling.

All models feature a concave downtube that’s aimed at better concealing water bottles from the wind, while its curved shape around the front wheel is designed to provide more clearance.

In addition, the company’s ForkFlap design has also been added as a means of smoothing airflow and reducing frontal drag over the quick release lever. The headtube has been similarly shaped in order to create the same wind cheating effect around the front brake caliper, along with an E-link port in the downtube for housing a Di2 junction box.

According to Pinarello, the Prince weighs in at 980g, while the Prince FX and Prince Disc come in at 960 and 980g respectively.

You can learn more about the new Prince and its “build” options by visiting Pinarello’s website here.