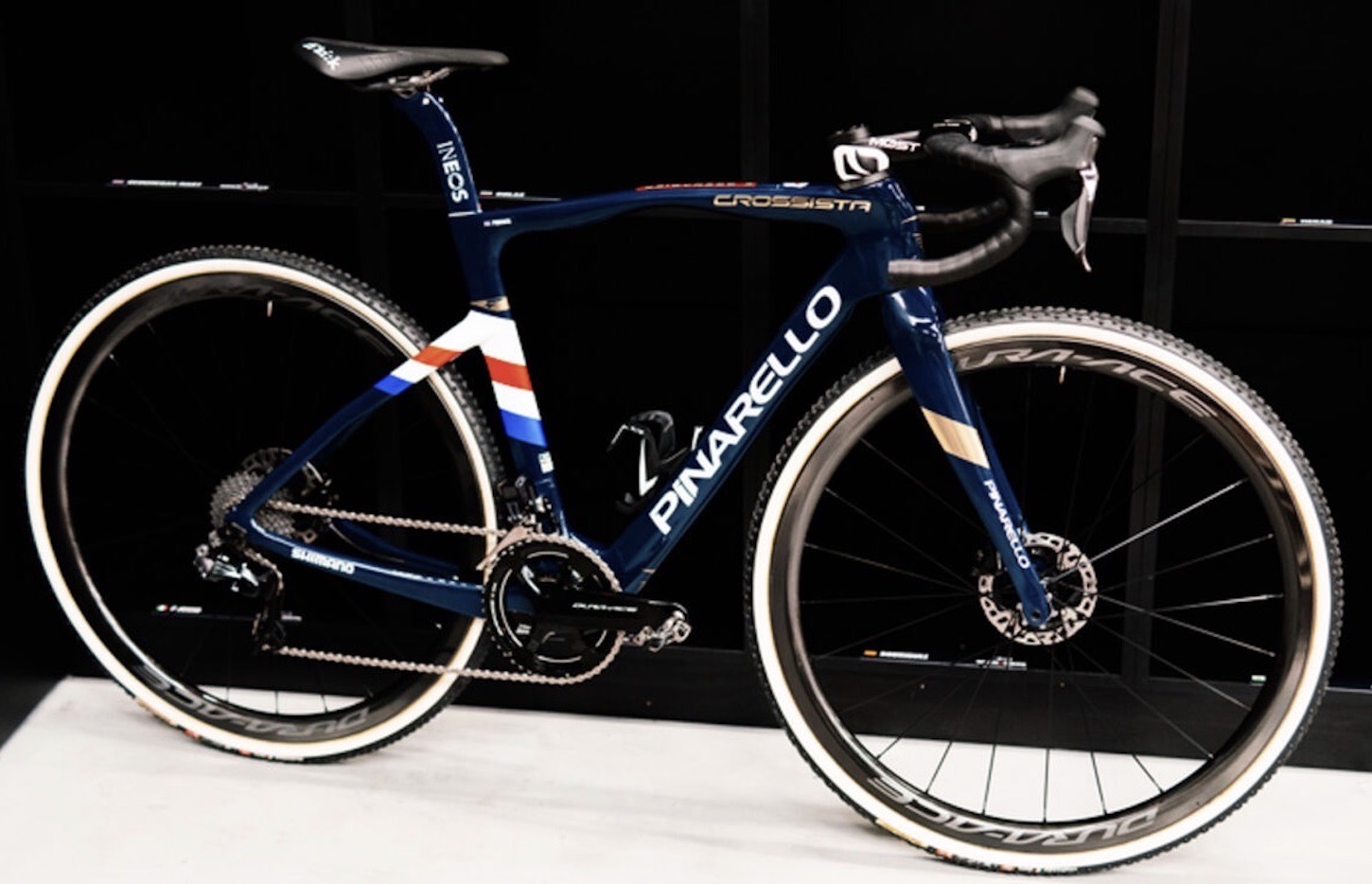 Striking a bold resemblance to the Italian brand’s Dogma F road bike, the Crossista features the same undulating tube profiles albeit with a heightened bottom bracket and a recessed toptube in order to make the frame easier to carry over the course.

According to Pinarello, the development process began back in the spring 2021 with Pidcock and his team, led by coach Kurt Bogaerts, visiting Pinarello’s headquarters in Treviso. After an initial test of the existing Crossista, Pidcock began working directly with Pinarello’s R&D team to improve the bike

From there, the first prototypes were tested in Treviso in early September 2021, with a second version delivered just in time for the Pidock’s cyclocross debut in Boom on December 4.

Pinarello says that period of testing and racing led to an evolution in the frame’s carbon lay-up before the final bike went into production in time for Pidcock’s bid to win the 2022 World Championship in Fayetteville.

The Crossista will be offered in Pidcock’s winning navy and gold livery, but for those who aren’t a fan of the bling paint job, Pinarello say it will offer two additional colorways that are yet to be announced, along with pricing and build options.