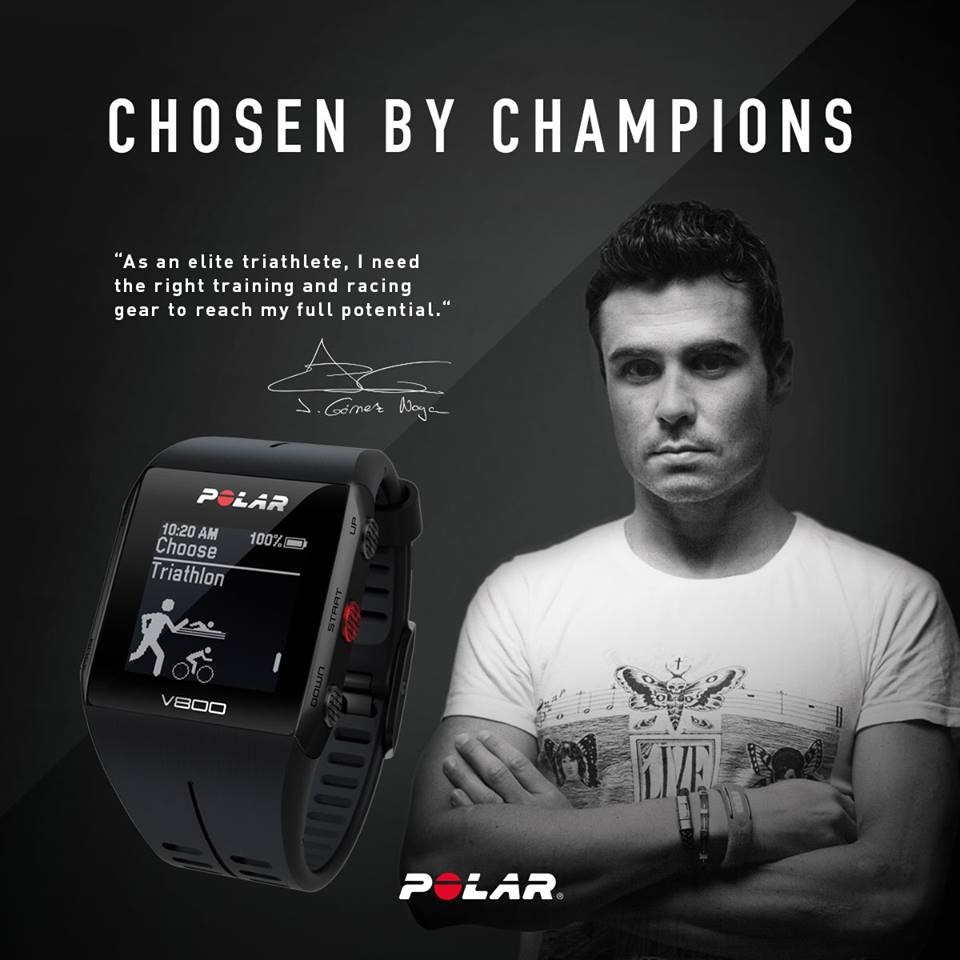 Polar announced today, the launch of a special edition version of its V800 multi-sport watch as a nod to World Champion triathlete Javier Gomez Noya, along with some new features that have been added to the model.

According to Polar, the V800’s new features include a GPS low-power mode for longer activities, as well as the ability to integrate with third-party devices and apps like GoPro, GPX tracks and their own Polar Flow web service.

Polar says they’ve made some enhancements to their Polar Flow web service, which include a new Route and Explore function, which allows cyclists to search new routes based on location, sport, distance and time period, as well as search by name to find out where the other Flow users like to ride. In addition, newly updated analysis functions offer users the ability to add, move and delete laps, trim training files and provide more customization so they can select the desired segments they wish to train with.

Additionally, users can now import GPX tracks into Polar Flow from other services in conjunction with their V800. Other GPS upgrades include an enhanced route guidance function on the V800, along with a GPS-based inclinometer.

The Javier Gomez Noya Special Edition V800 bundle is available starting today, with an MSRP of $469.95