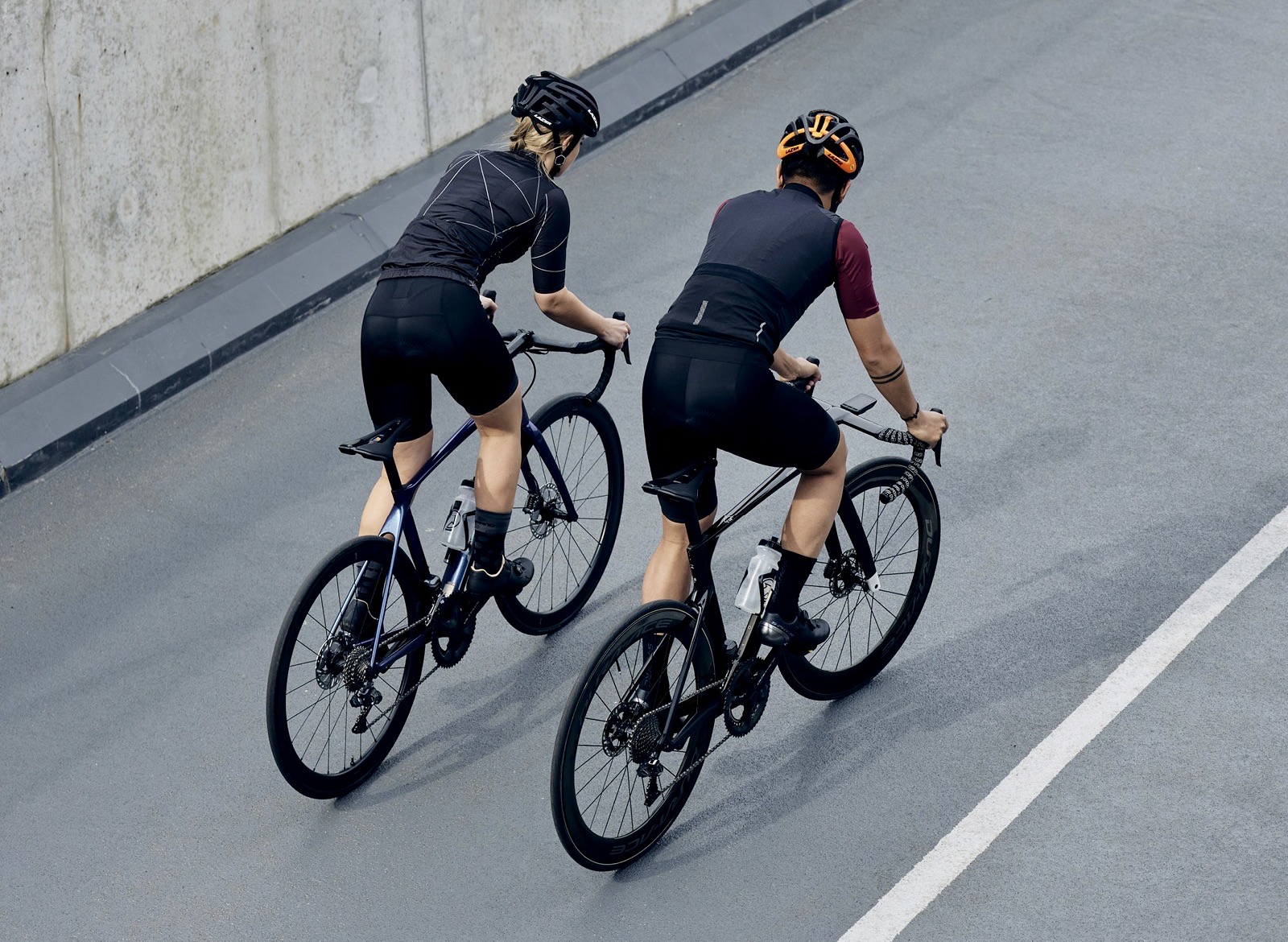 Pro has updated its range of Stealth Saddles to include the launched of its latest Stealth Curve model, which caters to riders who shift from left to right in their saddle while riding.

In order to accommodate variations in riding styles and saddle preferences, PRO now offers ten models in its Stealth range, all featuring the recognizable short and wide nose design with a trapezoid rear shape.

“Designed for putting more power through the pedals in a deep, aerodynamic fashion, the newly expanded Stealth range delivers comfort and control for even more riders,” says Pro.

The new Stealth Team and Stealth Performance saddles have been re-engineered with a new base construction that offers a 12% larger anatomic area. This helps reduce pressure while retaining the same contact points and riding feel as the first-generation Stealth. Moreover, the  anatomic area is reinforced with a triple bridge design that adds rigidity and gives the saddle its distinctive look.

All in, the saddles with carbon rails tip the scales at an impressive 161 grams, a 7.5% (11g) reduction in weight compared to the previous generation.

Delivering a new shape to the Stealth Saddle Range, the Stealth Curved features a slightly narrower nose than the classic design and a curved profile that offers riders more support to prevent excess side to side movement when pedaling. The Stealth Curved retains the Stealth’s signature short nose design that provides added comfort and fewer pressure points when in an aggressive riding position.

“In our pressure mapping studies with bikefitting.com, we saw a lot of professional and competitive riders who have a tendency to shift from left-to-right as they pedal,” explains

Mark Kikkert, PRO Product Development Team Manager. “While this is a fairly natural movement for some, it can also be less efficient for others. Our Griffon saddle is designed to compensate for that, but we also wanted that stability from a saddle that offers a more aerodynamic position. That’s why the Stealth Curved was created.”

Both the PRO Stealth Curved Team and Stealth Curved Performance saddles come in 142mm and 152mm width versions. Each model features a wide, stub nose and a broad anatomic fit recess with PRO’s iconic triple bridge design to ensure that flexible riders can tilt from the pelvis into a deep, pursuit style, position.