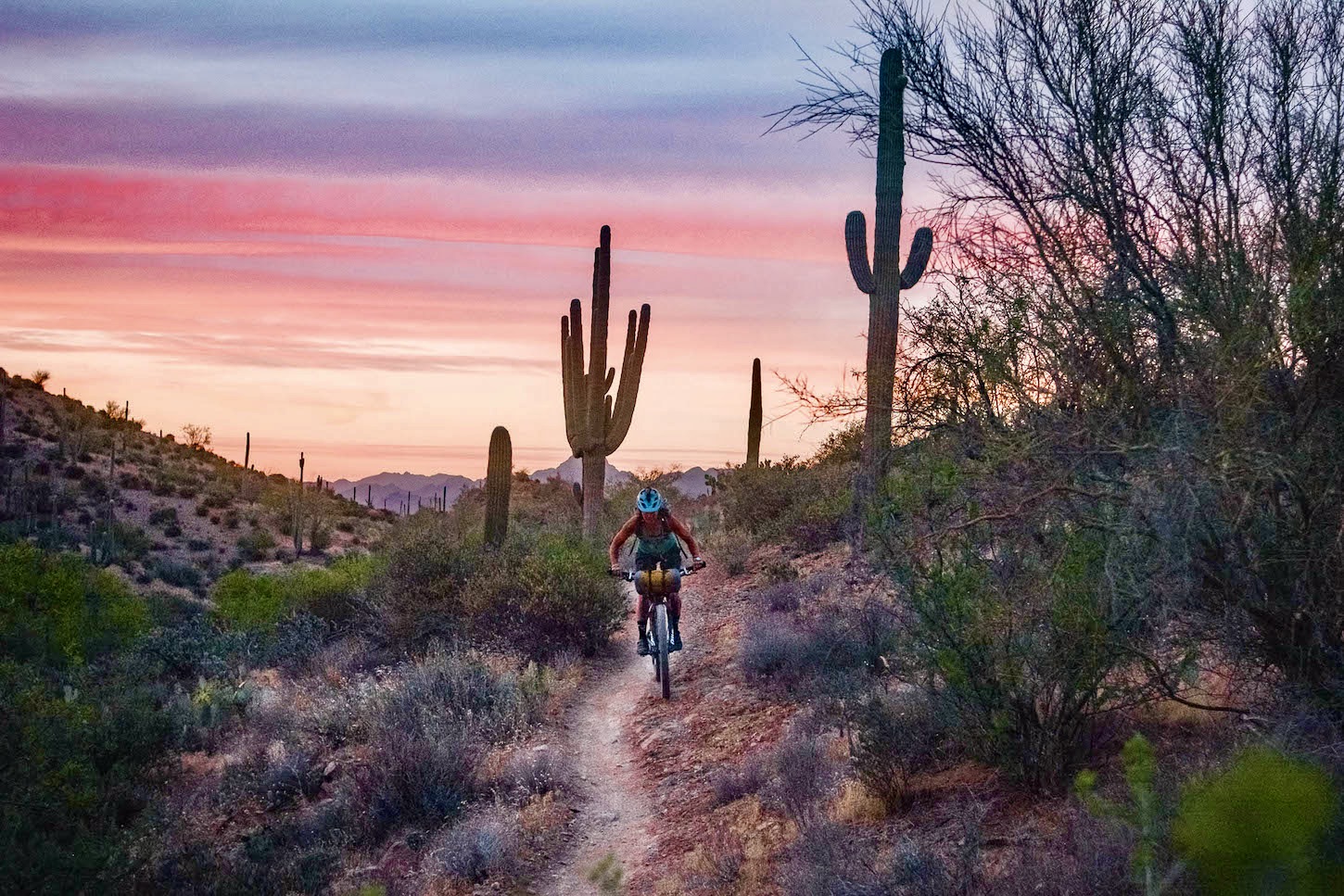 Racing Arizona is a new film from Revel Bikes, where Elizabeth Sampey revisits the Arizona Trail two years after setting the fastest known time and reflects on what the race meant to her.

On April 27, 2019, Sampey rolled across the Utah state line and into the record books, becoming the fastest woman ever to complete the 750-mile Arizona Trail Race, finishing the rugged route in 9 days, 11 hours, and 44 minutes, which included the arduous bike-carry through the Grand Canyon.

Two years after setting the record, Sampey revisits the Arizona Trail in Racing Arizona, a film by James Q. Martin and Revel Bikes that paints a portrait of Liz as a person and shines light on her process for moving quickly and efficiently through the backcountry.

“If we mine enough in the dark caves of life, we can find gold nuggets in there,” says Sampey.