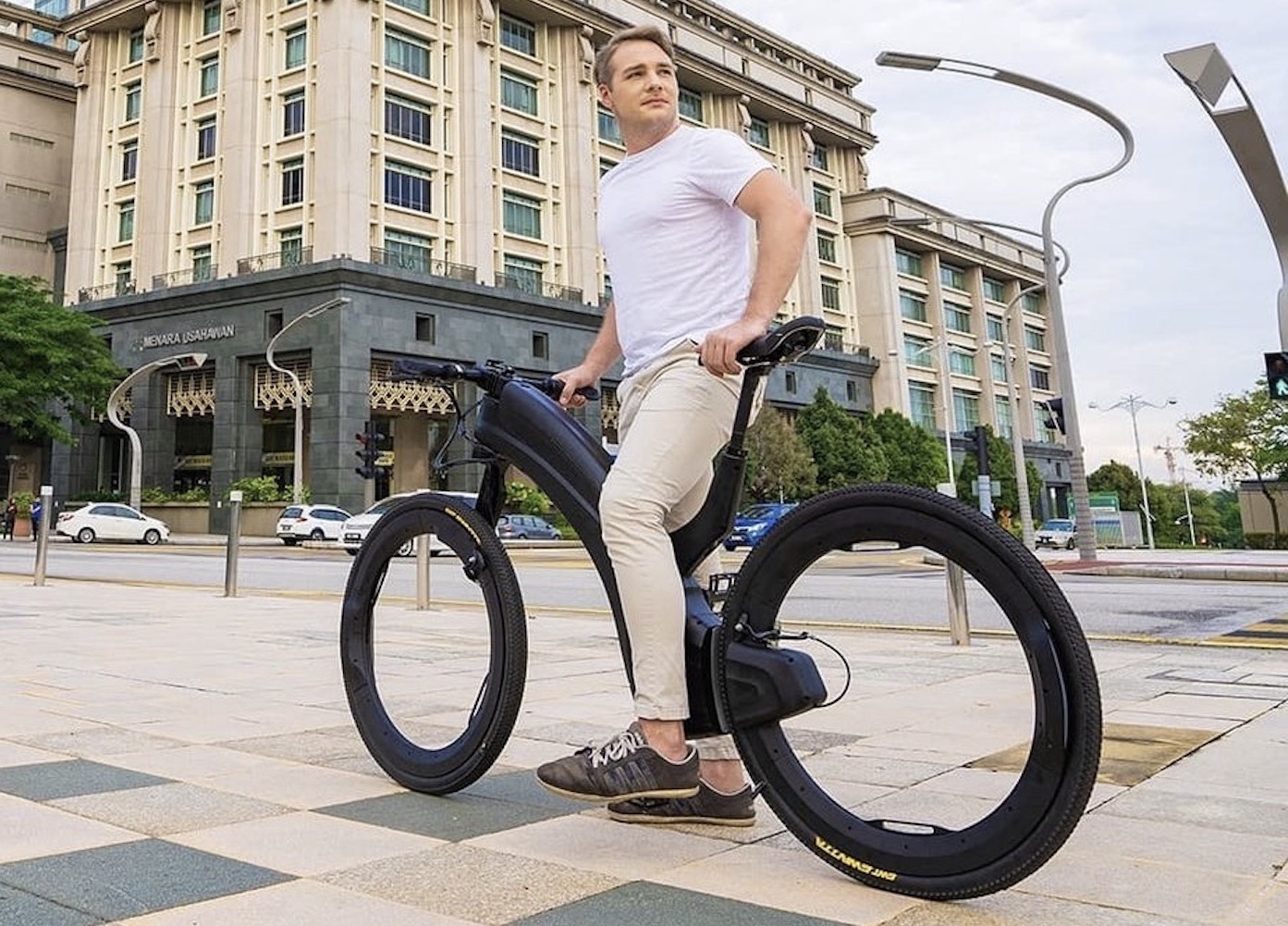 The Seattle-based Reevo has launched a dazzling new electric bike, which not only capitalizes on the latest in eBike trends, but packages them in  an avant-garde aesthetic that appears to have taken its design cues directly from a futuristic movie, like its beam-style frame and one-sided fork.

But, perhaps an even bolder example of this are the bike’s hubless wheels, which instead of relying on a central hub and spokes, they spin on a bearing along the fixed rim. Reevo takes things further by integrating automatic brake lighting into the rims as well, while the headlight and rear lights also turn on and off automatically. Moreover, the open design of the wheel also lends itself to storage space, allowing custom bags to be attached the rims.

Another interesting feature is the bike’s “invisible” kickstand, which is entirely concealed within the frame’s chassis when not in use.

Power comes courtesy of a robust 750w electric motor (250w for the European version) and 48V battery that takes three hours to charge, along with an advanced anti-theft system comprising a fingerprint reader on the handlebar, a padlock and a GPS-tracker that allows the rider to track possible movement from his or her phone.

To learn more about pricing and availability, you can visit Reevo’s website here.