Report Reveals 15 Cities with the Worst Air Pollution for Cyclists 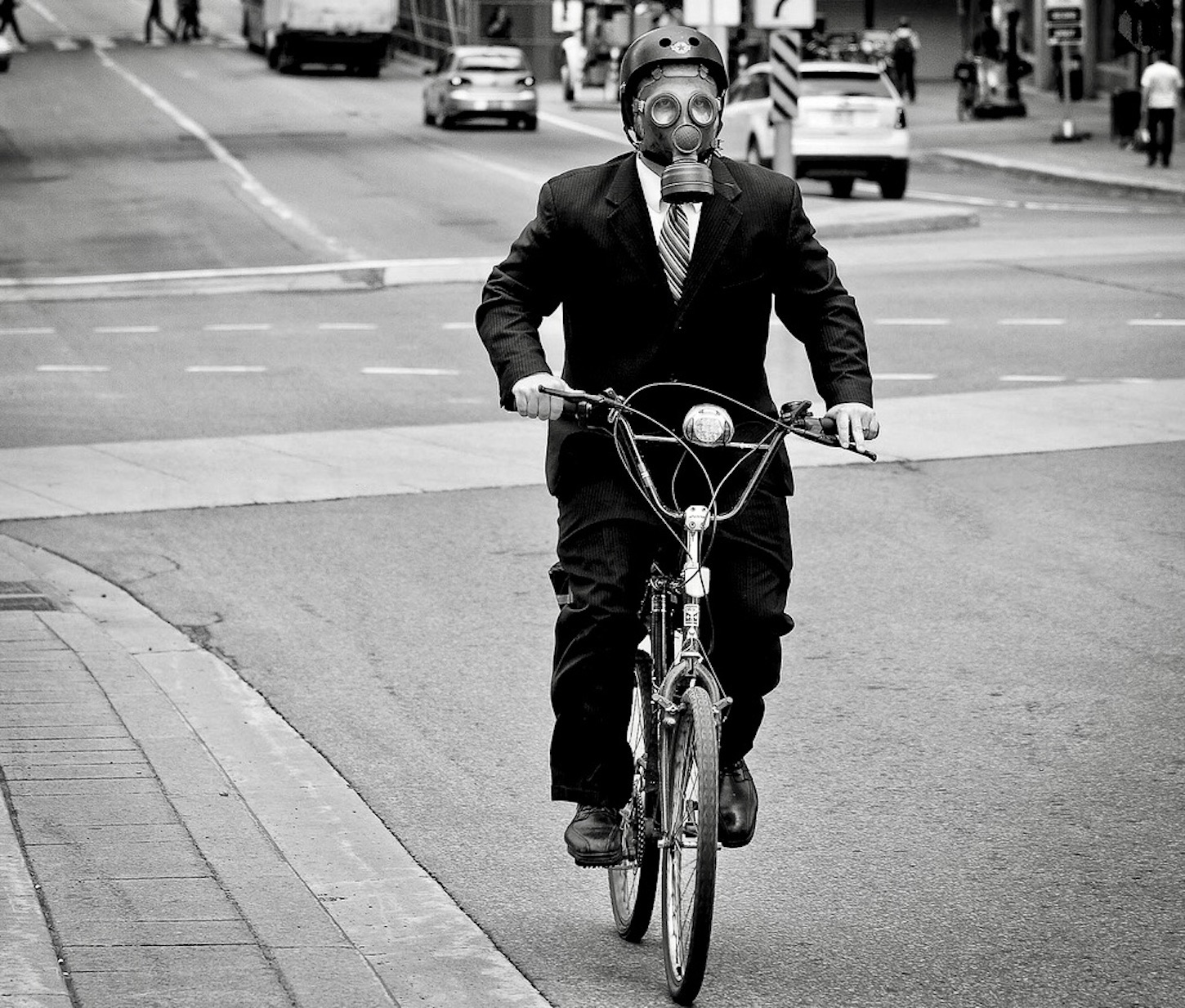 According to a recent report, fifteen cities have been identified as having such critically high levels of air pollution, that the danger to health outweighs the benefits of cycling to work.

According to the researchers, cycling to work in certain highly polluted cities could be more dangerous to your health than no exercise  at all.

In cities such as Allahabad in India, or Zabol in Iran, the long-term damage from inhaling fine particulates could outweigh the usual health gains of cycling after just 30 minutes. In Riyadh, Saudi Arabia, this tipping point happens after just 45 minutes a day cycling along busy roads. In Delhi or the Chinese city of Xingtai, meanwhile, residents pass what the researchers call the “breakeven point” after an hour. Other exercise with the same intensity as cycling – such as slow jogging – would have the same effect.

“If you are beyond the breakeven point, you may be doing yourself more harm than good,” said Audrey de Nazelle, a lecturer in air pollution management at Imperial College’s Centre for Environmental Policy, and one of the authors of the report.

The study, originally published in the journal Preventive Medicine before the World Health Organization’s latest global estimates, modeled the health effects of active travel and of air pollution. They measured air quality through average annual levels of PM2.5s, the tiny pollutant particles that can embed themselves deep in the lungs. This type of air pollution can occur naturally – from dust storms or forest fires, for example – but is mainly created by motor vehicles and manufacturing.

Breathing polluted air has been linked to infections including pneumonia, ischemic heart disease, stroke and some cancers. The Institute for Health Metrics and Evaluation’s Global Burden of Disease study ranks it among the top risk factors for loss of health.

The report in Preventive Medicine assumed cyclists moved at speeds of 12/14kph, with health benefits calculated in a similar way to the WHO’s Heat assessment tool. It also assumed cyclists used roads with double the background levels of air pollution, which may underestimate how poor air quality is in many developing world cities: for example, a study in Lagos found five out of eight sites exceeded Delhi’s annual PM2.5 concentration.

People commuting to work along busy roads in a city with average annual background PM2.5 levels of 160 micrograms per cubic metre (μg/m3) or above will pass the breakeven point at just 30 minutes a day, the study found. Using the WHO’s latest global estimates, published in May, those levels are only reached in Zabor, and in Allahabad and Gwalior in India – although many large cities in the developing world do not accurately measure air pollution so were not included in the WHO database.

Fifteen cities (see map above and table below) have annual mean PM2.5 levels of 115μg/m3 or above, according to the WHO data, so the breakeven point is reached after an hour of active travel. Fine particulate levels above 80μg/m3 were found in 62 cities, making cycling more harmful than beneficial after two hours.

The study found people in western cities such as London, Paris or New York would never reach the point where PM2.5 air pollution’s negatives outweigh exercise’s positives in the long term.

“The benefits of active travel outweighed the harm from air pollution in all but the most extreme air pollution concentrations,” said Nazelle. “It is not currently an issue for healthy adults in Europe in general.”

London’s annual average PM2.5 pollution was estimated at 15μg/m3 by the WHO – above the WHO’s guideline of 10, but still at a level at which the study estimated active travel would always be beneficial. Paris had ambient PM2.5 levels of 18μg/m3, while New York had 9μg/m3.

However, the study did not consider the health impacts of short-term spikes in PM2.5 pollution, or take into account the effect of exercising in air containing larger PM10 particulates, ozone, or toxic nitrogen oxides (NOx) from diesel cars.

“This is the highest level of alert and everyone – from the most vulnerable to the physically fit – may need to take precautions to protect themselves from the filthy air,” Khan warned.