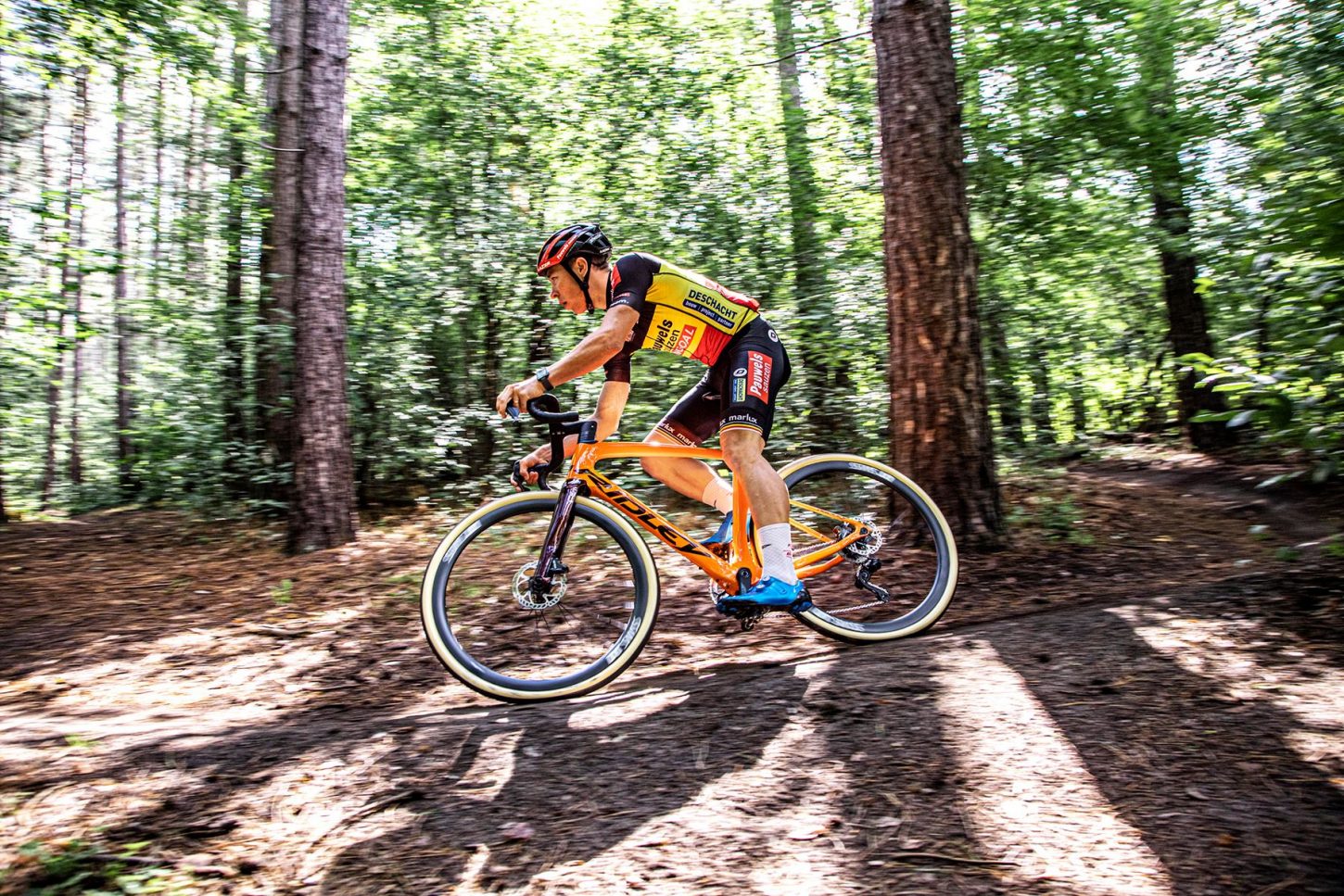 Ridley has introduced the latest version of its popular Kanzo gravel bike called the Kanzo Fast, touting revised F-shape tubing, fully integrated cable routing and clearance for tires up to 42mm. Moreover, the new gravel grinder is also available with Classified’s new 2-speed planetary drivetrain that incorporates two hidden gears within the rear hub, alongside a wide-range cassette (options include 11-27, 11-30, 11-32, and 11-34t), providing riders with the benefit of a 1X groupset, along with plenty of gear ratios to suit a variety of riding conditions.

Additionally, Ridley also tweaked the geometry of the Kanzo Fast, opting for dropped seatstays for better rear-end compliance, giving it a similar appearance to its road brethren the Noah Fast, while helping to save a claimed 17 watts over “an ordinary gravel bike.”

According to Ridley, the Kanzo Fast tips the scales at 1190g for the frame and 490g for the fork, while a Shimano GRX Di2 equipped bike weighs in at just under 19 pounds.

Another feature that highlights the Kanzo Fast is the addition of Ridley’s new one-piece bar/stem and spacer set-up, allowing for full internal cable routing that creates both a cleaner aesthetic while also bolstering the bike’s wind cheating capabilities.

The new Kanzo Fast is available in six sizes, along with groupsets from both SRAM and Shimano, ranging from Rival to GRX 8000 to GRX Di2 with Classified shifting.