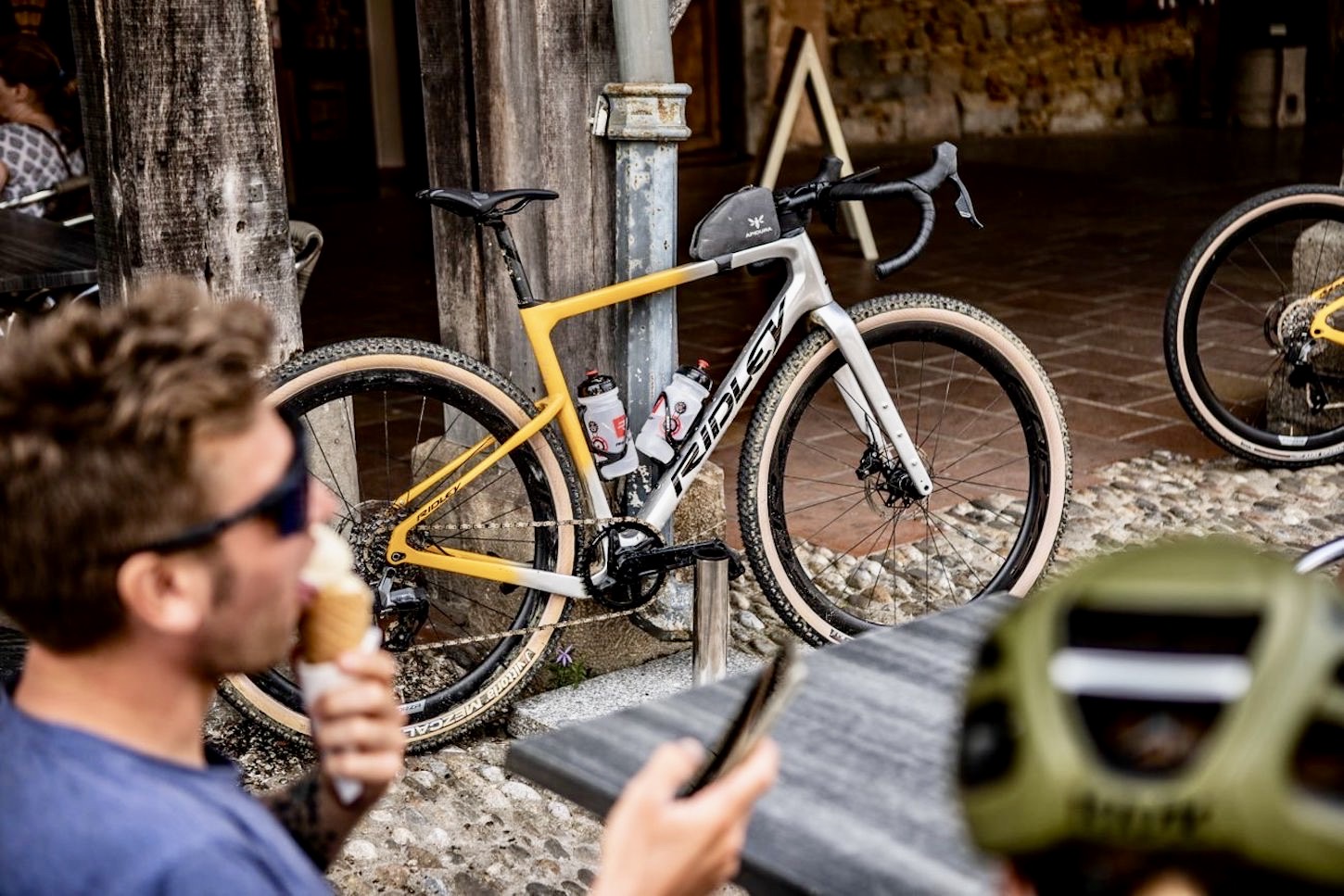 Tweaks to the Kanzo Adventure’s geometry include both a slacker headtube angle and a steeper seattube angle than other bikes in the range, as well as a longer wheelbase and lower bottom bracket hight, with the goal of giving the bike more stability on rough terrain and steep downhills.

Additionally, Ridley was keen to give the Kazoo Adventure a slightly shorter headtube in order to accommodate the prospect that customers might want to add a suspension fork to their bike, while dropped chainstays, allow for 2.1in MTB- esque tires mounted to 700c wheels and 1x drivetrains only.

Also, in a bid to increase its bikepacking potential, Ridley designed the Kanzo Adventure to accommodate a dynamo hub thanks to a second opening on the fork crown and a rubber bung at the top that’s followed by another opening on the toptube so a cable can be run from the top of the fork into the frame and out at the seatpost for a rear dynamo-powered light.

Other features include the option of using Classified’s internal rear hub 2x gearing system in the event customers want a wider range of gears than a 1x setup can provide, along with an integrated cockpit that neatly routes all cables and hoses internally.

All in, Ridley says an unpainted frame in a size medium tips at the scales at 1,250g, while the fork weighs in at 499g, numbers that won’t win any plaudits from the weight weenies faction.

But, as its name implies, the Kanzo Adventure is designed to be a multi-role, off-road adventure bike.

The Ridley Kanzo Adventure is available in three standard builds, with either a Shimano or SRAM groupsets and a finishing kit from Ridley’s in-house brand Forza, while customers can also opt for custom wheels and paint via the Belgian brand’s online configurator.