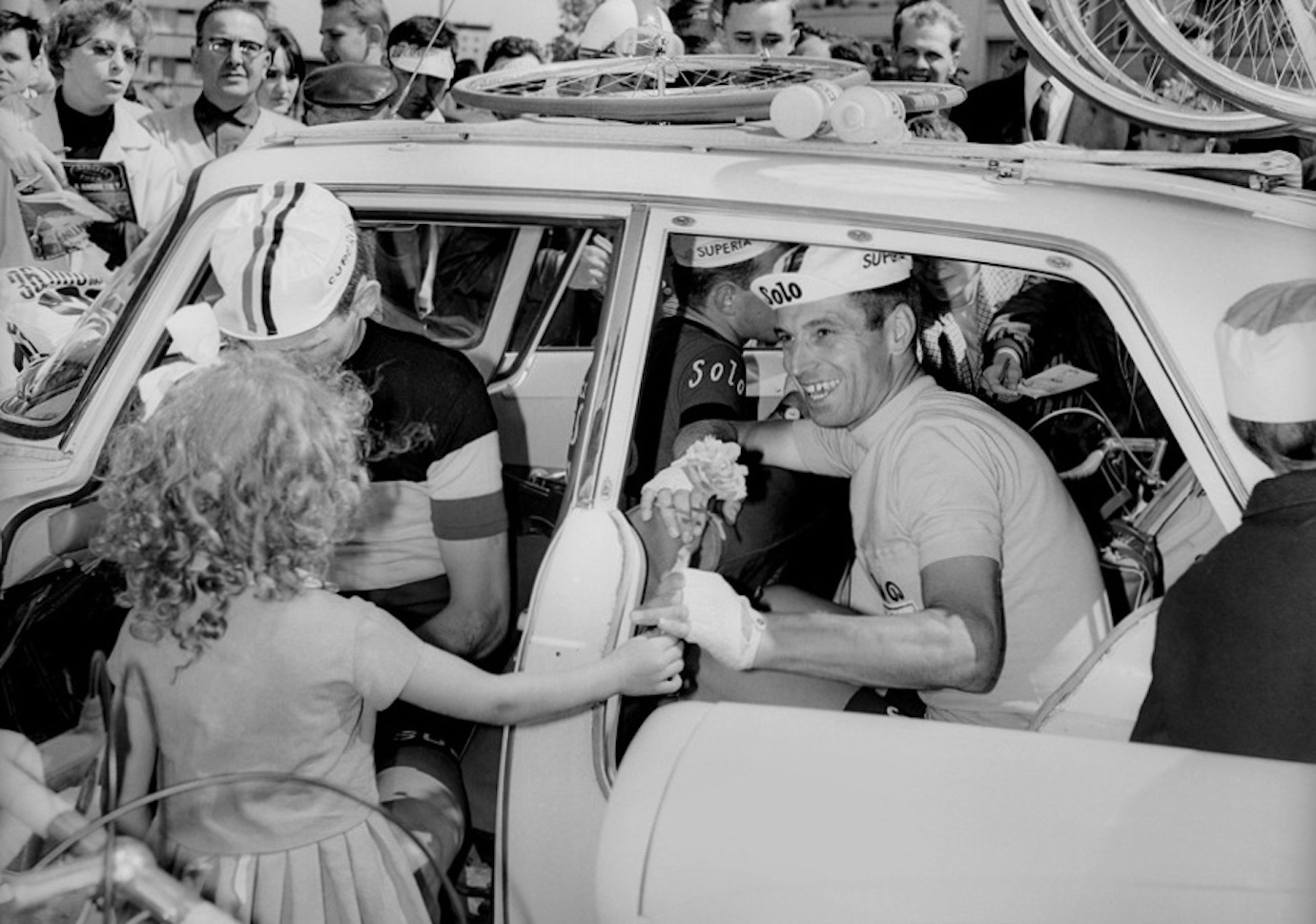 Nicknamed the “King of the Classics” and the “Emperor of Herentals” (because he lived in the small Belgian city near the Dutch border), Van Looy won just about every important One-Day race there was.

Indeed, the Belgian rider was twice World Road Race champion, and was the first rider to win all five Monuments of the One-Day Classics, a feat since achieved by only two other riders, fellow Belgians Roger De Vlaeminck and Eddy Merckx.

Additionally, with 427 victories to his tally, he’s second only to Merckx in his number of race titles, as well as ninth on the list of Grand Tour stage winners – with thirty-seven wins to his credit.

Van Looy rose to prominence after he claimed the Belgian Amateur Road Championship title in 1952, repeating his victory the following year. He also won a gold medal at the 1952 Summer Olympics in Helsinki, Finland in the team road race event.

A powerful sprinter, Van Looy went on to win 20 more races over the next couple of seasons.

For instance, in 1956 his victories included the prestigious Gent–Wevelgem and Paris–Brussels One-Day races, plus two stages and the overall victory in the Tour of the Netherlands.

Van Looy repeated his Gent–Wevelgem victory in 1957, along with winning the Tour of the Netherlands again.

The following season, he won the Milan–San Remo Classic ahead of Miguel Poblet of Spain and André Darrigade of France.

1959 saw Van Looy claim the early-season Tour of Flanders, which was followed-up with a victory in the Giro di Lombardia autumn Classic.

In between both races, he amassed an astonishing 38 victories, including three stages of the Vuelta a España (finishing third overall and winner of the points competition) and four stages of the Giro d’Italia (finishing 4th overall).

In 1960, he scored his first of two consecutive wins in the World Road Race Championships, while a victory in that year’s Classics calendar somehow eluded him.

However, Van Looy made up for this in 1961, winning both the Paris–Roubaix and Liège–Bastogne–Liège Classics, making him the first rider to win all five Monuments, while also retaining his Rainbow World Champion jersey – not to mention taking three stages, plus the Mountains jersey in the Giro d’Italia.

Van Looy scored two more Classics wins in 1962, Paris–Roubaix and the Tour of Flanders, along with another triumph in Gent–Wevelgem and two more stages in the Giro.

In 1963 Van Looy rode his first Tour de France, claiming four stage victories on his way to sealing the overall Points competition, while also finishing in the top-ten of the final classification.

He also claimed a silver medal in that year’s World Championship Road Race in Ronse, Belgium, losing out to countryman Benoni Beheyt in a close sprint finish.

Van Looy did not take his loss well, which critics attributed to a poorly timed sprint that allowed Beheyt to come around him during the final meters of the race to snatch the honors.

Van Looy found solace in winning the 1965 Paris-Roubaix however, along with eight stages in the Vuelta a España on his way to a second third place podium finish – his highest placing in a Grand Tour event. For good measure, he also took two stages in the Tour de France.

Nevertheless, he still managed to claim victory in the 1967 Paris–Roubaix, followed by a win in the Flèche Wallonne Classic in 1968. He also took a stage in the 1969 Tour de France.

Van Looy was also an accomplished track racer, winning an impressive eleven Six-Day races between 1957 and 1968, nine of which were won while paired-up with the Dutch rider Peter Post.

Van Looy retired from racing in 1969, capping-off his career with victories in the E3 Prijs Vlaanderen One-Day race, stage 4 of the Tour de France and winning the Belgium National track Championship in the Madison alongside Patrick Sercu.

The 85-year old Van Looy still resides near his native town of Grobbendonk, Belgium, who’s been spotted over the years making appearances at various Classics as a race dignitary.