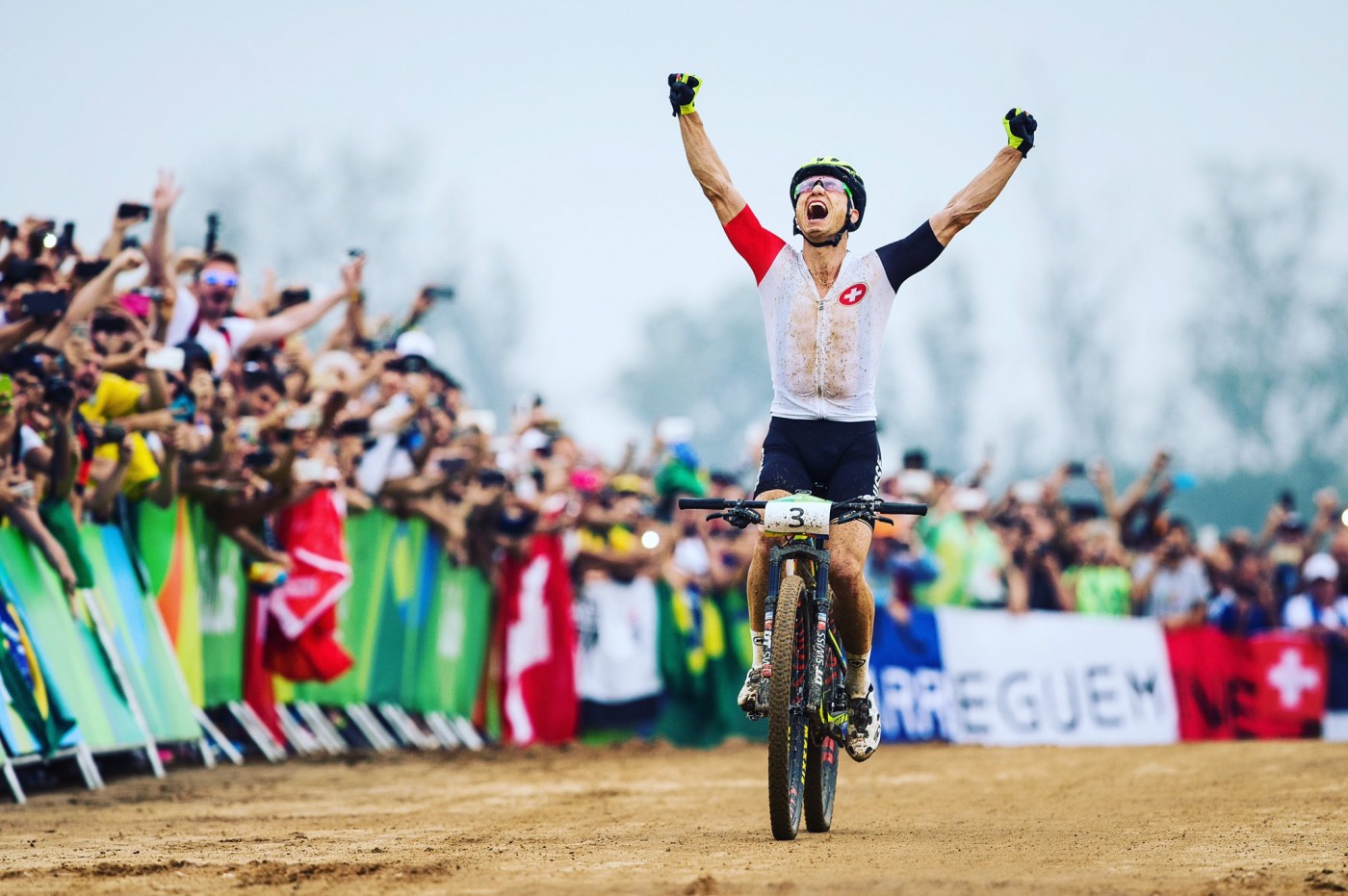 Schurter was in a close competition with defending champion Jaroslav Kulhavy of Czech Republic until midway through the fifth lap, until riding clear during the final five kilometers.

Nino Schurter of Switzerland pulled away from reigning champion Jaroslav Kulhavy of the Czech Republic on the penultimate lap to win the Olympic mountain bike race on Sunday.

It was a reversal of their finish at the 2012 London Games, when Kulhavy overtook Schurter on the final section of turns within 200 meters of the finish at Hadleigh Farm.

Schurter and Kulhavy worked together to establish a gap on the rest of the field over the mountain bike course, turned in some places to a quagmire by overnight rain. But the Swiss superstar and reigning world champion was able to up the tempo when it mattered the most.

Schurter, who also won bronze at the 2008 Beijing Games, covered the 34-kilometer course in 1 hour, 33 minutes, 28 seconds. Kulhavy was 50 seconds back while Carlos Coloma of Spain took bronze.

Five-time world champion Julien Absalon of France, who intends to retire after this season, was eighth. World road race champion Peter Sagan had two flat tires and finished out of contention.

Sagan decided to ride off road in Rio after scouting the climb-heavy road course and realizing it did not suit his strengths. But the decision earlier this year meant he only had time to squeeze in a couple of mountain bike races, which meant he was ranked No. 900 in the world.

That also meant he started with the final bib number in the very back of the pack.

Just like he did in laying waste to a small race in Wyoming a couple of weeks ago, part of his post-Tour de France training plan, Sagan immediately went to the front of the field.

The rain tapered off an hour before the start left, but it left the winding, technical course in the Deodoro neighborhood of Rio de Janeiro a soggy mess. Riders had to dismount and push their bikes over a few particularly slick climbs, slipping and sliding as if they were on ice.

But Sagan’s chances ultimately were ruined when his front tire went flat at the start of the second lap. He began working his way back through the field when his back tire went flat on Lap 5.

He was hardly the only rider to puncture on the stone-strewn course.

The race began to string out by the third of seventh laps. Schurter and Kulhavy were never more than a few feet apart, the reigning Olympic champ and world champ clearly the strongest riders in the field. Coloma hung with them for a while before slowly losing ground.

Absalon was 2 minutes down by the sixth lap, his chances of another gold medal gone.

It was about that point that Schurter finally shook Kulhavy from his rear wheel, dropping the Czech champion with some daring riding on the tricky descents.

By the final straightaway on the last lap, Schurter was all alone.