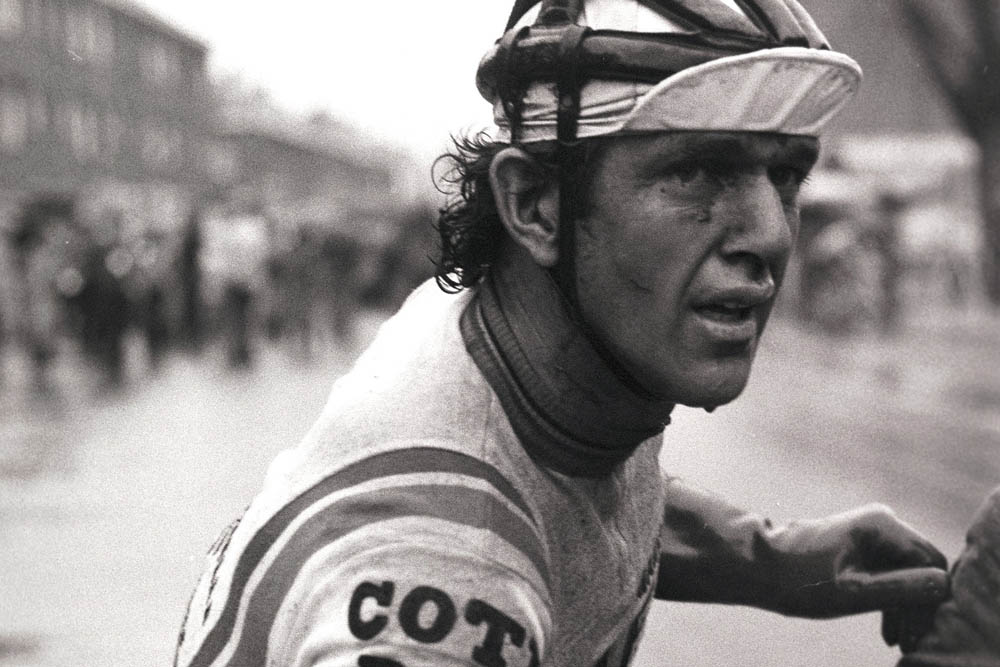 24 Aug 2015
By Campionissimo - In LATEST ARTICLES, THE PODIUM

Happy birthday to Roger De Vlaeminck, who was born on this day in Kaprijke, Belgium in 1947.

De Vlaeminck began his professional career in 1969, and went to to become a dominant “classics” rider of his era.

Though he didn’t win a Grand Tour or a World Championship Road Race title, he did win all five of cycling’s monuments – for a total of eleven victories, a record only second to Eddy Merckx’s nineteen.

In fact, he is one of only three riders to have won all the Five Monuments, the others being fellow Belgians Eddy Merckx and Rik Van Looy. (Eddy Merckx being the only rider who won all Five Monuments at least twice).

Known as the “Gypsy” or “Mr. Paris-Roubaix”, De Vlaeminck rode the Paris-Roubaix classic no fewer than fourteen times – winning the race a record four times.

De Vlaemenick also won the Tour of Lombardy Classic in 1974 and 1976, as well as the Cyclocross World Championships in 1975.

He rode the Tour de France just three times, taking one stage, but never finished the race. However, he did ride the Giro d’Italia numerous times, and won the points jersey three times in 1972, 1974, and 1975.

Other accomplishments were the Championship of Zurich in 1975 and the Fleche Wallonne Classic in 1971.

De Vlaeminck also won the Tirreno-Adriatico a record six times, to include the Tour of Switzerland once.

In all, he had 292 professional victories to his credit.