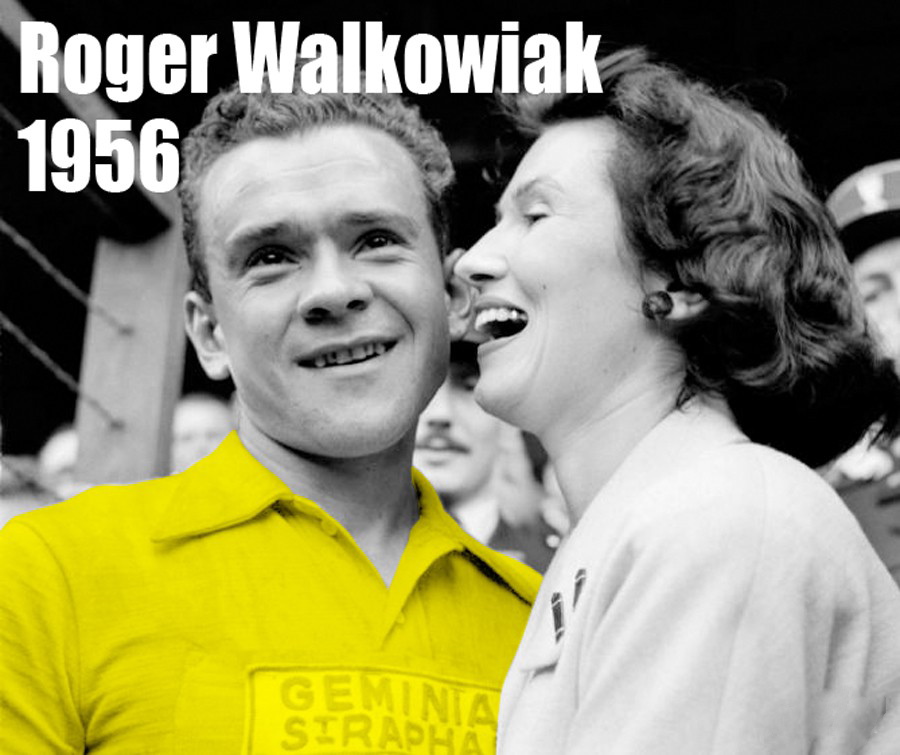 Happy birthday to Roger Walkowiak, who was born on this day in 1927.

The French rider best remembered for winning the 1956 Tour de France in ahead of Gilbert Bauvin of France and Jean Adriaenssens of Belgium.

In addition, Walkowiak also won a couple of stages in the Vuelta a Espana, as well as some notable podium finishes in several lesser known races in France throughout the 1950’s.