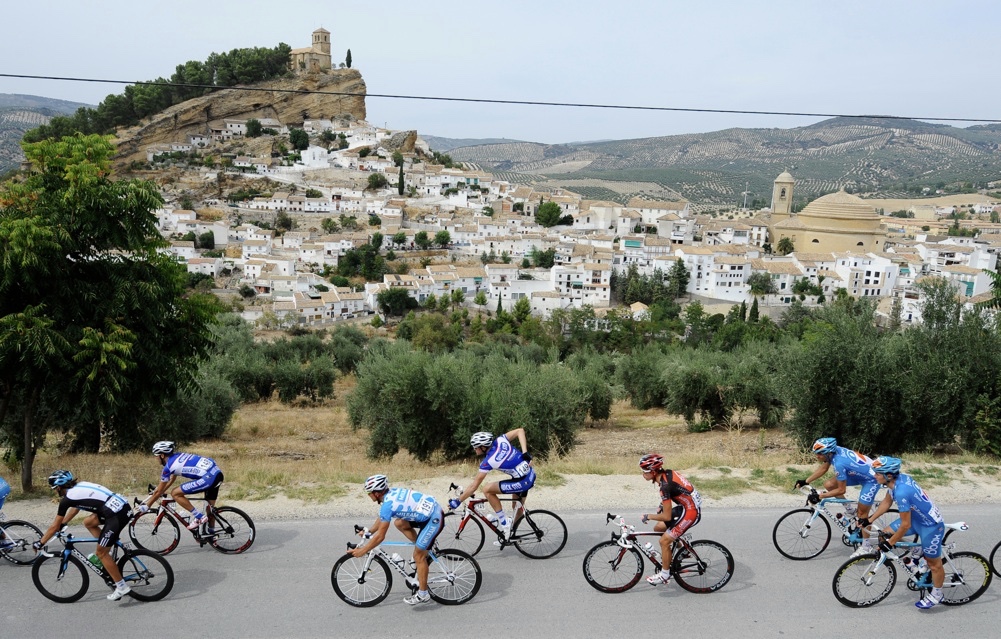 Thibaut Pinot (FDJ) won stage 2 of the Ruta del Sol today, after tracking down Alberto Contador (Trek-Segafredo) along the final climb of the day to claim this year’s Queen Stage.

Contador had delivered a powerful attack on the final climb of the Alto Peña del Águila during the last 3 kilometers, but a determined Pinot managed to track down the Spanish rider and overtake him inside the final 200 meters to seize the stage honors.

From there, the group worked well together, later building up a gap of more than eight minutes over the peloton – after 100 kilometers of racing.

Meanwhile, Trek-Segafredo, Team Sky and Movistar all shared in the chase efforts, as the brrakway group’s advantage continued to fall during the second half of the race.

As their lead continued to dwindle, Wellens decide to attack his fellow breakaway companions, taking Grosschartner along with him up the Category 2 climb of the Puerto de las Siete – before going solo with 50 kilometers remaining.

At one point, Wellens was enjoying an advantage of more than six minutes over the peloton.

However, Wellens later lost his grip going around a rotary, causing the Belgian rider to hit the deck hard before remounting – with just over 30 kilometers to go.

The same rotary caused problems for the peloton, as a number of riders also crashed, although the main contenders at the front of the group were unaffected.

Much of the final 30 kilometers was uphill, with Trek-Segafredo and Team Sky doing most of the work at the front, while Wellens’s advantage continued to fall below two minutes along the penultimate climb of the day.

By the time Wellens reached the bottom of the final climb, the peloton had him in their sights, eventually prompting the Lotto-Soudal rider to throw in the towel.

From there, the first attack came from Warren Barguil (Team Sunweb), who briefly opened up a slight gap before being pulled back into the fold by Team Sky’s Mikel Nieve.

A subsequent attack from Nieve’s teammate, Mikel Landa, earned the Spanish rider a quick gap of 15 second gap before settling into a rhythm along the 9% gradients.

However, Trek-Segafredo’s Fabio Felline continued to bite into Landa’s lead, simultaneously moving Contador back into contention.

Shortly thereafter, Felline peeled off, allowing Contador to bridge past Landa during the last 2 kilometers.

But, as the gradient flattened out near the top of the climb, Pinot managed to bridge himself to Contador, later dropping the race favorite over the top of the summit, and on to victory by a comfortable margin.

However, having finished five-seconds ahead of Pinot during the opening stage, Contador secured the overall race lead today.