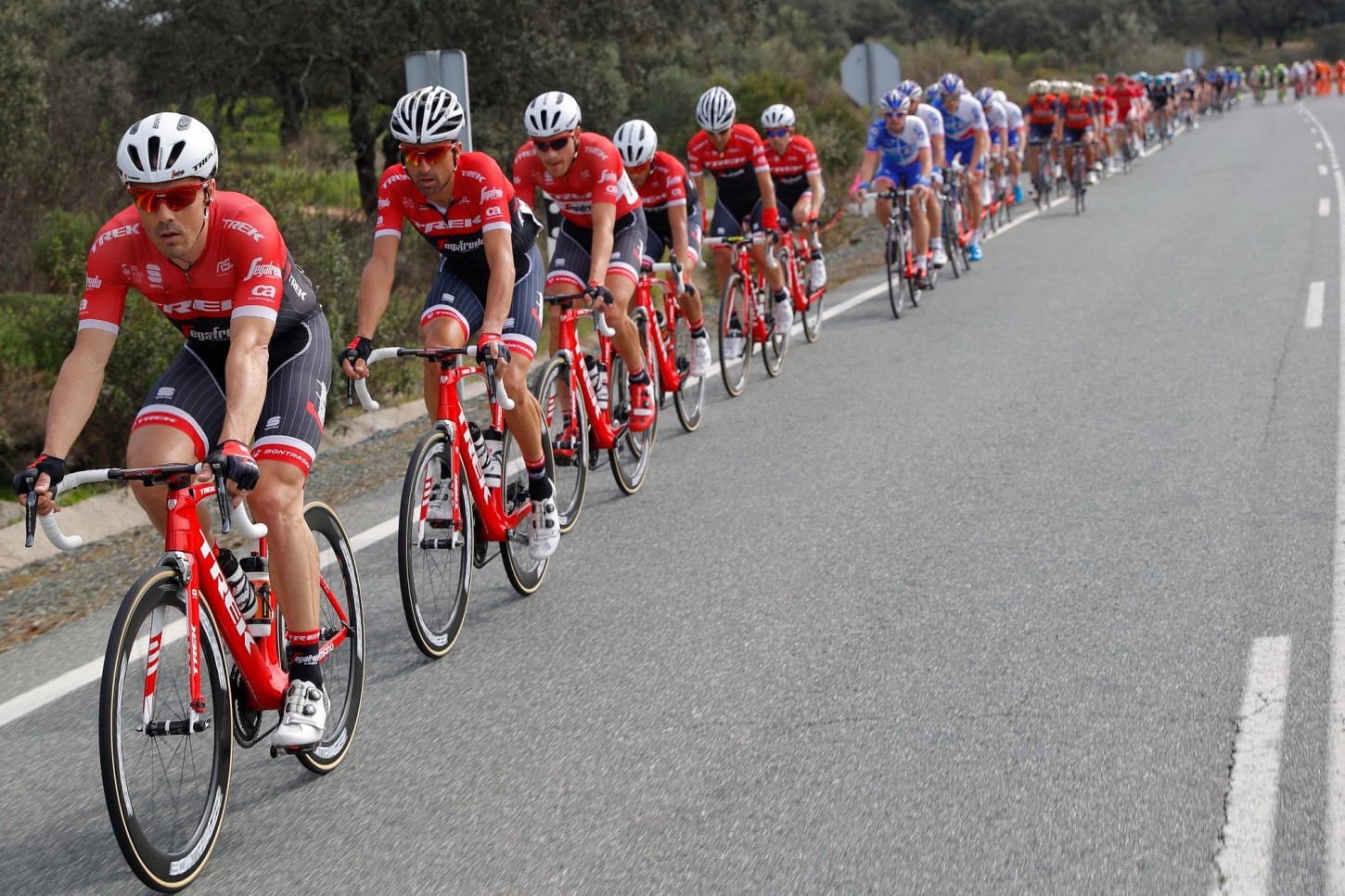 Tim Wellens (Lotto Soudal) captured the fifth and final stage of the Ruta del Sol today, after the Belgian rider out- maneuvered his fellow breakaway companions during the final 1500 meters to claim his third victory in this year’s race.

Meanwhile, Simon Clarke (Cannondale-Drapac) and Victor Campenaerts (LottoNl-Jumbo) rounded out the podium in second and third place respectively, while Alejandro Valverde finished safely in the peloton to secure the overall title.

The final stage led the peloton from Setenil de las Bodegas to Coin with a distance of 151.5 kilometers. Although some climbs were included in the first half of the route, the second half was too flat for any of the general classification contenders to make a difference.

Posing no threat to the overall classification, the peloton was content with letting the escapees remain out front for the duration of the race.

Indeed, with 15 kilometers remaining, the breakaway group was still holding onto a lead of 2:30.

With just a few kilometers to go, Campenaerts animated things a bit in the breakaway, after the Belgian rider initiating a couple of short-lived attacks.

Meanwhile, the peloton continued to advance on the leaders, eventually reducing their advantage to 1:30 during the closing kilometers.

At that point, Campenaerts went on the attack again, only to have Clarke mark his move and bring the group back together again.

From there, Wellens timed his sprint to perfection, after capitalizing on Van Der Like’s early efforts and out-foxing his rivals to seize the final stage honors.