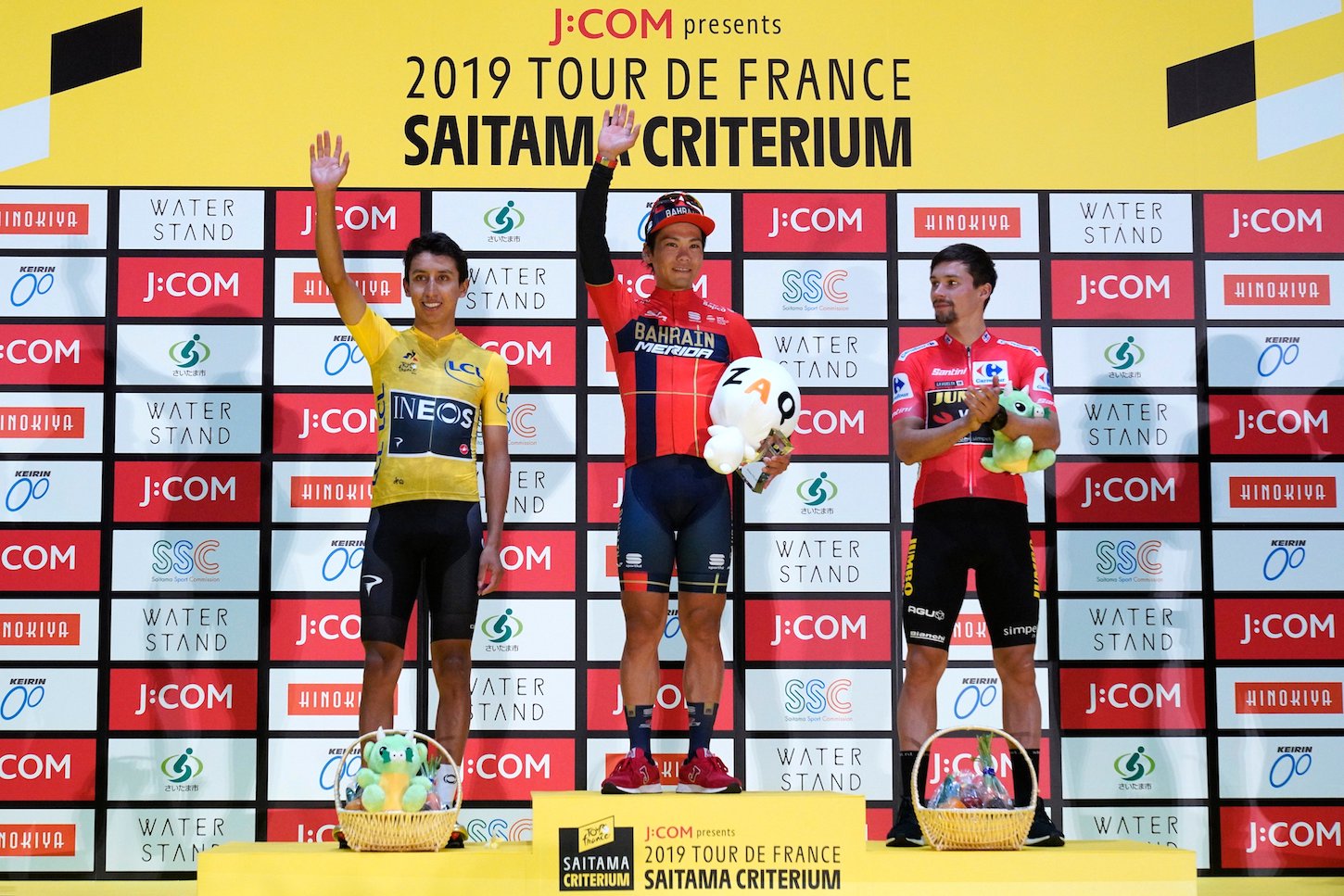 The Japanese rider, who has been competing from the event’s first edition, beat Tour de France winner Egan Bernal and Vuelta a Espana champion Primoz Roglic in the run-up to the finish.

He said he came second in this year’s national cycling championships so to have won the race today made him extremely happy.

Bahrain–Merida’s Arashiro said his win was “very special” to him.

“This was my seventh time that I’ve raced this event. I’m almost like a pioneer for Japanese cycling and, hopefully, in 10 to 20 years people will be talking about me so I’m really happy.”

Arashiro found himself in a elect group of riders with 16 kilometers remaining, later attacking and going solo with 3 kilometers to go.

Total Direct Energie launched a futile chase, with full commitment shown by Anthony Turgis, who emptied his bidon across the road in a desperate attempt to lighten the load.

He maintained his slim advantage all the way to the line, slowing to celebrate to huge cheers from the local crowds.

Bardet, wearing the polka-dot jersey he won at the Tour de France, won the mountains classification thanks to his presence in the early breaks, while Trentin similarly claimed the green points jersey.