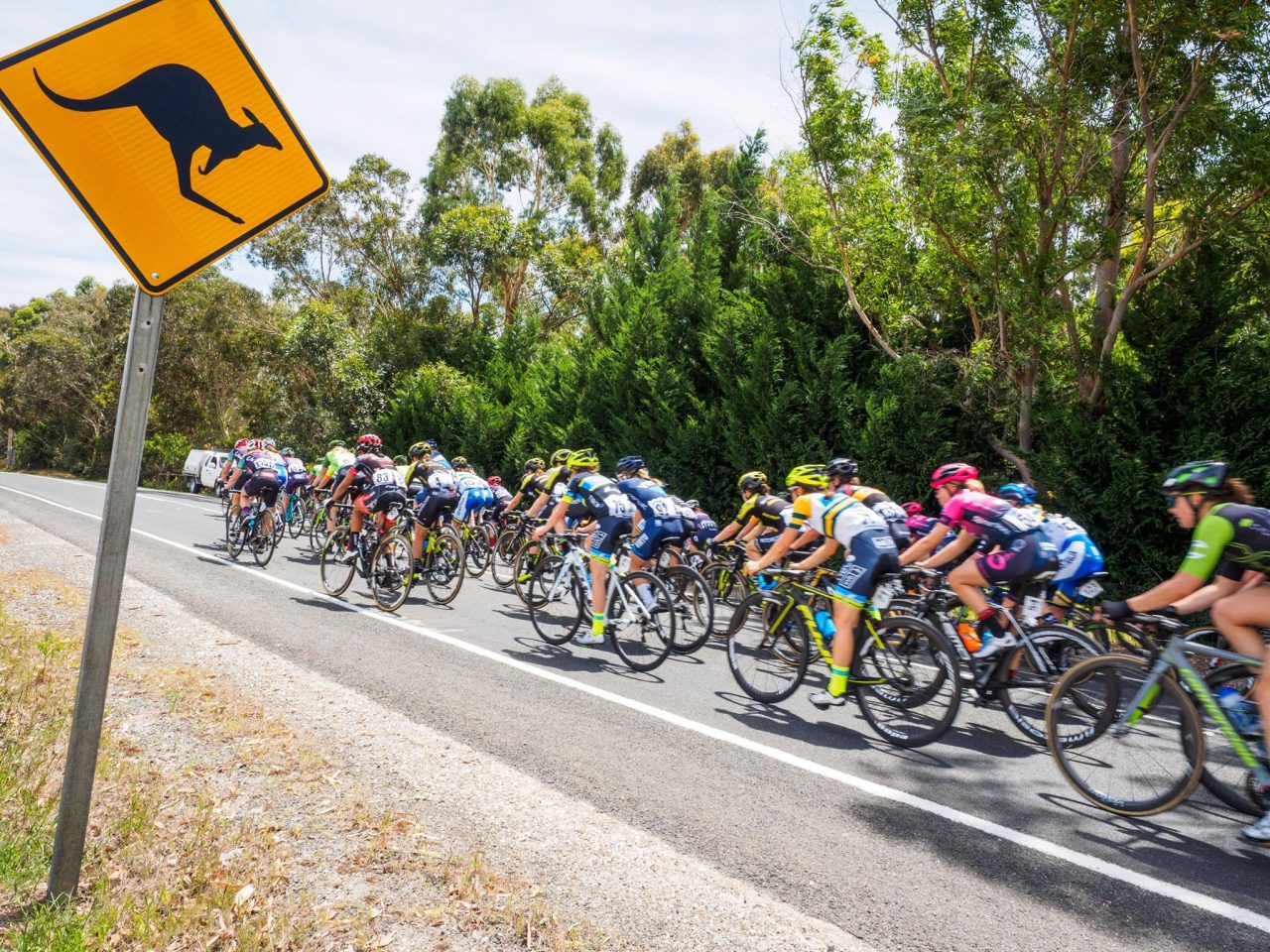 Defending Santos Women’s Tour Down Under winner Amanda Spratt will ride into Adelaide wearing the Santos Ochre Leader’s jersey tomorrow, after her quest to secure back-to-back titles was boosted by a masterful Stage 3 victory today.

On a day that saw the peloton split amid tough crosswinds heading out of its start at The Bend Motorsport Park, it was Spratt (Mitchelton-SCOTT) and American Louise Stephens (Cylance) who pounced heading into the first intermediate sprint at Nairne and took control of the race.

The pair broke from the peloton just out of Kanmantoo to chase down the advantage of lone leader Linda Villumsen (VirtuCycling).

Villumsen had led an early lead group, and pioneered her way out of Murray Bridge to open a two-minute gap to the chasers.

She won the first intermediate sprint in Nairne, but her lead had already dissolved as Spratt and Stephens broke away from the chase group to hunt the New Zealander down themselves.

Villumsen was caught – and dropped – heading into Hahndorf, and the lead pair proceeded to open a steady 1:30 gap to the main group.

Spratt and Stephens continued to work together until the main Subaru Queen of the Mountain climb at Comet Mine, where the Australian kicked into gear and led her counterpart to the line.

If the 12.2% gradient some 2 kilometers from the line wasn’t enough, the duo experienced another 9% climb over 450 meters to the finish.