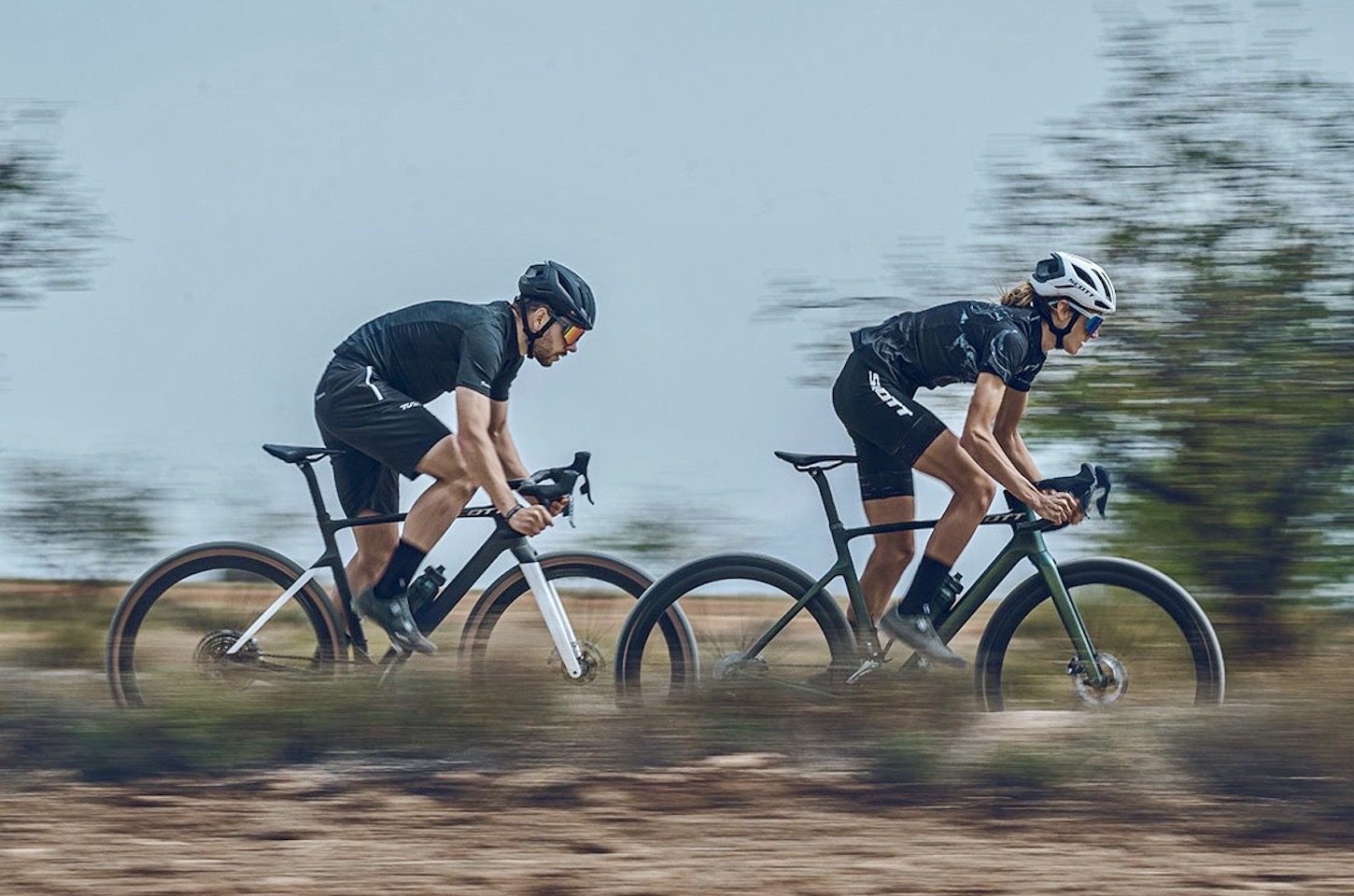 Full integration is achieved courtesy of Syncros’ Creston iC SL X combination carbon handlebar and stem, which nicely routes all cables and hydraulic brake hoses inside the headtube via a special 1.5″ headset, while the handlebar itself features a wide 16° flare, 10mm longer drops and a thinner top-section to accommodate thicker bar tape for extra damping, along with a direct accessory mount to support devices like lights and cycling computers.

The geometry of the Addict Gravel also got tweaked courtesy of both a longer reach and fork rake, as well as a lower bottom bracket height and shorter stem lengths. Tire clearance has also been increased, providing enough room to accommodate tires up to 700×45.

Weight is also down, with the frame tipping the scales at an impressive 930g, while an uncut fork weighs in at 395g.

Storage was also a consideration, with provisions for two bottle cage mounts inside the main triangle, plus a toptube bag direct mount and another bottle cage mount in front of the bottom bracket.

Other features that highlight the Addict Gravel include a PF 86.5 bottom bracket, an integrated X12 derailleur hanger, 12mm thru-axles and flat mounts for supporting 160/180mm front and 140/160mm rear rotors. There’s also a removable braze-on style front derailleur mount for 2x drivetrains that can easily be swapped out for a chain retention device for 1x setups.