How to Shake the Post-Crash Jitters 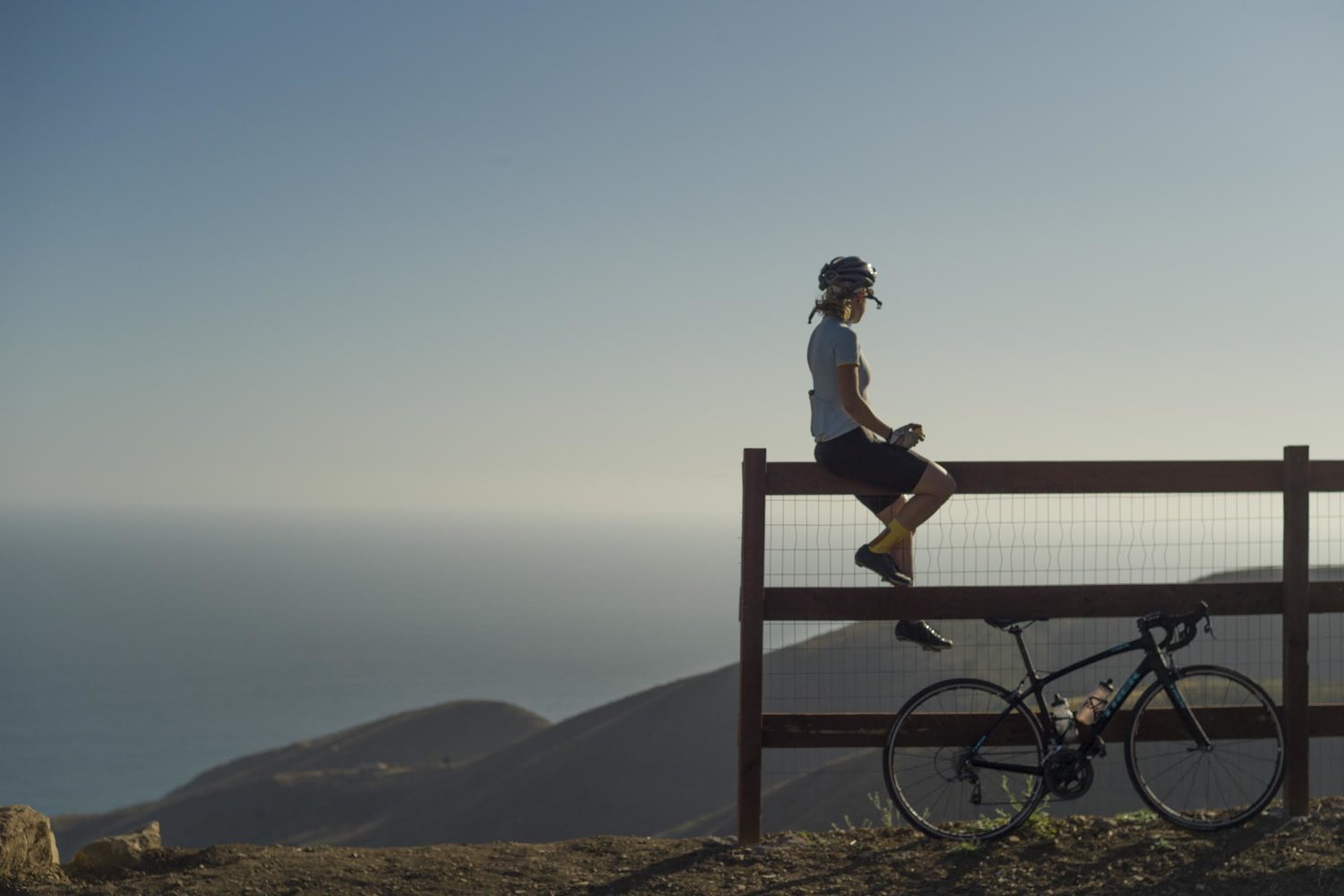 08 May 2017
By Campionissimo - In FEATURED ARTICLES, LATEST ARTICLES, MIND & BODY

Learn how meditation helped this Los Angeles-based cyclist get back on her bike after two nerve-racking crashes.

In February, I broke two helmets. The first was on an unusually chilly morning of 38 degrees Fahrenheit in the Santa Monica Mountains. I commute 13 miles by bike to work, and I was one mile into descending my steep, windy road, when I saw the final hairpin looked damp. As both wheels slipped dramatically out from under me, it became clear the road was not damp, but covered in black ice—not something you look for in Southern California. My head hit the ground first, then my shoulder, hip, and bike before sliding into the guardrail. Aside from bent hoods, a broken helmet, a flustered ego, and body bruises, I was fine.

Ten days later, on the same commute, this time four miles in, a car pulled out in front of me at the end of the descent. I was going 25 mph, and I swerved hard to prevent a head-on collision. My rear wheel hit the berm of the road, and I flipped over the handlebars, landing on my head, my thigh taking the next hit on the berm. Another broken helmet, severe contusions on my leg, and a bent derailleur. I was fine, physically, but there was one noticeable change this time around—I was afraid.

The casual reader would likely take this as a sign to stop cycling, but any athlete reading this knows the next step isn’t giving up the bike—it’s figuring out how to get back on. When it comes to bikes, crashing is part of the job. But part of crashing is becoming aware of how fragile you are. Bikes are like horses, they can feel it when you’re afraid. It is inherently riskier to go into a corner shaky and afraid than it is to take it smooth and fast. But how, after being intimately acquainted with the pavement and the ER, do you shake the post-crash jitters? How, exactly, do you get your mojo back?

Couch bound for two days after the second accident, I knew I had to begin tackling my anxiety about riding before it cemented in my mind. A few years prior to this, I’d been tackling a different kind of anxiety: Panic Disorder. PTSD from being sexually assaulted by a stranger had led me to being afraid of basically everything. Exercise, therapy, and diet all played their part in my road to recovery, but the main ingredient that changed my relationship with my thoughts and allowed me to regain my calm and focus? That was meditation.

I approached meditation skeptically. It sounded hokey and riddled with the false promises of self-help. But after years of agonizing panic attacks, I was willing to try anything. After all, nearly 70% of studies investigating in-person meditation practices have shown it to alleviate symptoms of anxiety. Maybe it would work for me.

When panicking or feeling fear, there is no perceivable time between the thought and the physical reaction. So, when you think, “I’m going to crash in that corner,” your body automatically raises your heart rate and sends you into fight-or-flight. The thought becomes a physical reality to react to. And I was reacting a lot. But what meditation allowed me to do was expand the moment between a thought and its reaction. It made that sliver of time stickier, squishier, a place where I could exist and consider the thought before reacting to it.

So on the couch, injured and deterred, I turned back to meditation. Instead of lambasting my jitters as irrational feelings slowing me down, I was going to investigate them, understand them, and learn to move (i.e., ride) past them. Using Headspace’s Sport Rehab pack, I was able to approach my fears with (and here comes the hokey bit) kindness. The truth is, cycling is dangerous. Being fearless can often be conflated with being reckless. I want to be careful on the road, but I also want to trust myself, be aware of my surroundings, and be calm and clear enough to react swiftly and smartly.

And that is what meditation often allows you to do.

I’ve heard other athletes say sport is their meditation, but there’s a difference between meditating and being in the zone or flow state. The latter is when nothing else exists except that moment. Meditation is when everything exists, but you can still settle into that singular moment with ease and clarity.

When I clipped in a week later with a new helmet, it was amidst an orchestra of I can’t do this, I’m going to get hit, and I’m scared. But instead of letting those thoughts shake me or hold me back, meditation allowed me to identify them and let them pass as I picked up speed, settling into my drops, aware of my mind, my body, and the road ahead of me.

Kelton Wright is the managing editor at Headspace. She is the author of “Anonymous Asked: Life Lessons from the Internet’s Big Sister”, as well as two upcoming guidebooks to Los Angeles and San Francisco. A cyclist in Los Angeles, she’s just trying to stay to the right and write.