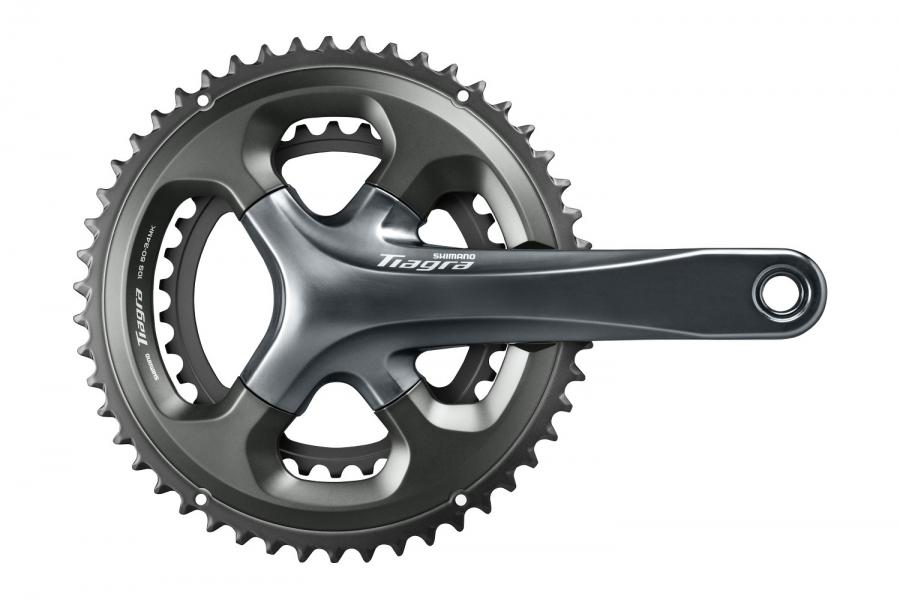 31 Mar 2015
By Campionissimo - In FEATURED ARTICLES, THE DOUBLE DIAMOND

Not surprisingly, the groupset gets the usual Shimano trickle-down effect, capitalizing on many of the same features and technology of the 105, Ultegra and Dura-Ace groupsets.

Perhaps, the most obvious feature of the new 4700, is the addition of a four-arm crankset, which was first adopted by Shimano’s flagship Dura-Ace 9000. Moreover, the crankset comes in a standard 110mm BCD, which can accommodate either 52/36 or 50/34 chainrings. That means no more switching cranksets when the riding conditions warrant a change in gearing.

In addition, the new Tiagra 4700 receives upgraded STI shifters, along with the option of using Shimano’s rapid fire-style flat bar shifters and companion brake levers, for those who might want to use a straight-bar setup.

The 4700 has also been fitted with a new rear derailleur, that’s compatible with cassettes up to 34t, thus providing riders with a wider choice ad of gears for the most demanding climbs. Furthermore, Shimano has also revised the cable angle, which they say provides more precise shifting, and longer-lasting cable life.

The new Tiagra wouldn’t be complete unless it received some improvements in the braking department as well. According to Shimano, the 4700  has received improved braking much in the way the latest versions of 105 and Ultegra have – with a claimed 30 per cent more braking power and better modulation than it’s predecessor.

Lastly, enthusiasts will be pleased to see that the 4700 got the full internal cable routing treatment as well, giving it the sleek, modern look of its more expensive counterparts.

The new groupset is slated to become available in June.