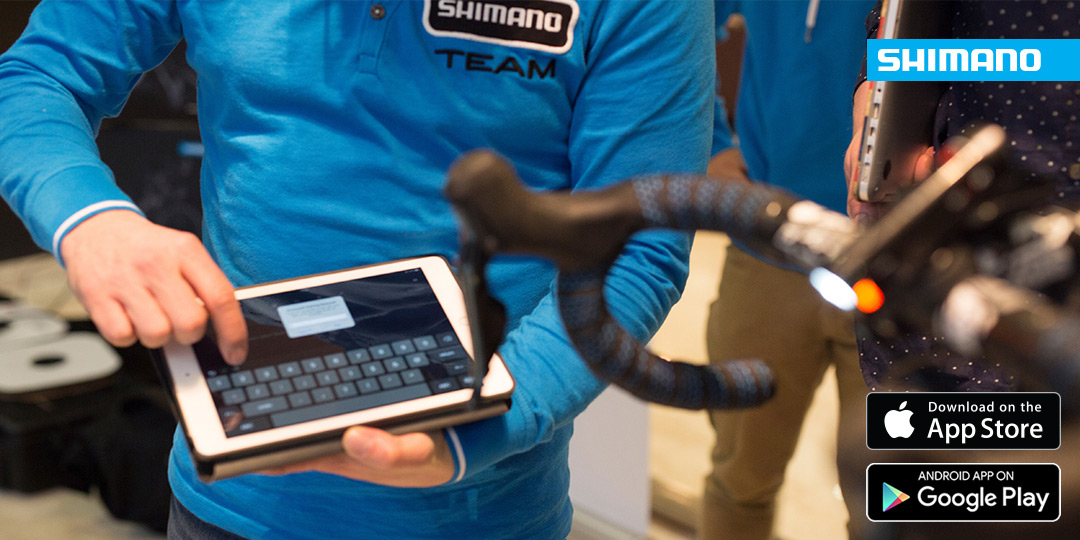 Shimano has released the latest version of its E-Tube Di2 programming app, which now allows users to customize the functions of their Di2 drivetrains through Bluetooth-enabled tablets and mobile devices.

However, in order for users to connect to the app, it requires either Shimano’s new BT-DN110 internal battery or the company’s new EW-WU111 wireless unit, while mountain bikers will need either the SC-M9051, SC-M9050 or SC-MT800 display units. Or, if users have one of the previous generation E-Tube road groups, updating the battery and transmitter will give them the wireless functions and extra customization options as well.

Shimano previously introduced an iOS enabled app for Apple phones and tablets that was compatible with XTR and XT Di2 MTB drivetrains. However, Android users can now download the apps which have been updated to be compatible with all Di2 components, including the latest Shimano Dura-Ace Di2 R9150 groupset.

In addition to controlling the function of its Di2 drivetrains, Shimano’s new app also allows users to tap into third-party devices such as controlling the screen on a Garmin GPS computer, or turning wireless lighting systems on and off.

Users can also control shifting by using either the shifter buttons located behind the brake levers or the hidden buttons inside the top of the shifters on Dura Ace Di2 drivetrains.

Additionally, the new app also allows users to swap the role of the buttons to be used for other functions. For example, mountain bikers can use the software’s capabilities to change the function of the Di2 buttons to operate compatible suspension systems.

Lastly, users can customize shift speed, multi-shift options and Synchro Shift through the app as well.

Users can download all of the new apps from Shimano’s dedicated E-Tube Project site here.